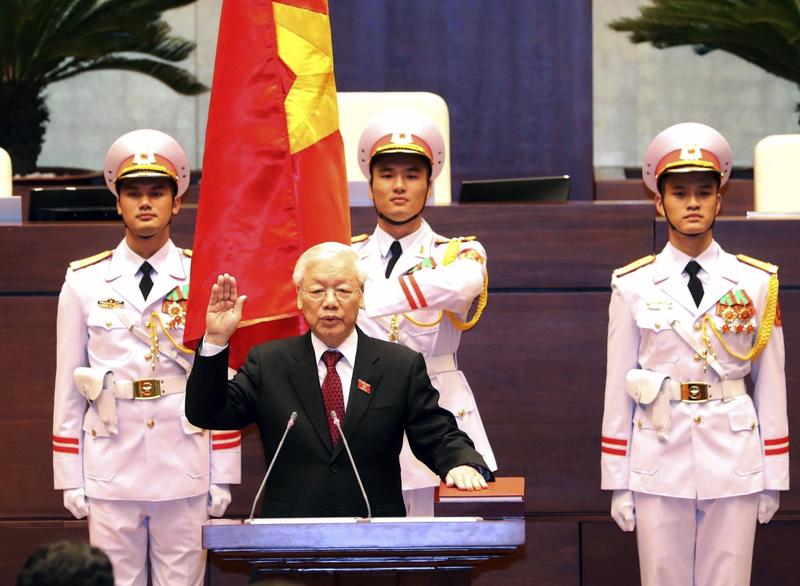 Nguyen Phu Trong, born in 1944, holds a PhD in politics with specific field of party construction

After being elected president, Nguyen on Tuesday afternoon took the oath, which was broadcast live by Vietnam's national television VTV and Voice of Vietnam.

Nguyen said he was both happy and worried. "I am happy because I have been trusted and loved by the National Assembly and assigned tasks. I am worried about how to fulfil the heavy tasks before the country," he said when taking the oath.

Later in the day, Chinese President Xi Jinping sent a congratulatory message to Nguyen on his election.

Nguyen, born in 1944, holds a PhD in politics with specific field of party construction.

He has been a member of the CPVCC's Political Bureau since 1997. He served as chairman of the National Assembly from 2006 to 2011.