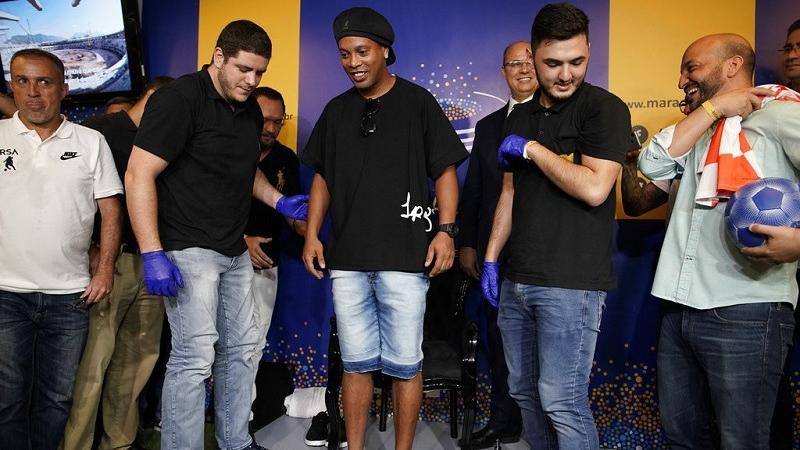 The 2002 World Cup champion and 2006 Champions League winner with Barcelona was given the honor on Tuesday.

The 38-year-old star joined Pele, Garrincha, Zico and other Brazilian greats who also have footprints in the stadium's hall of fame. 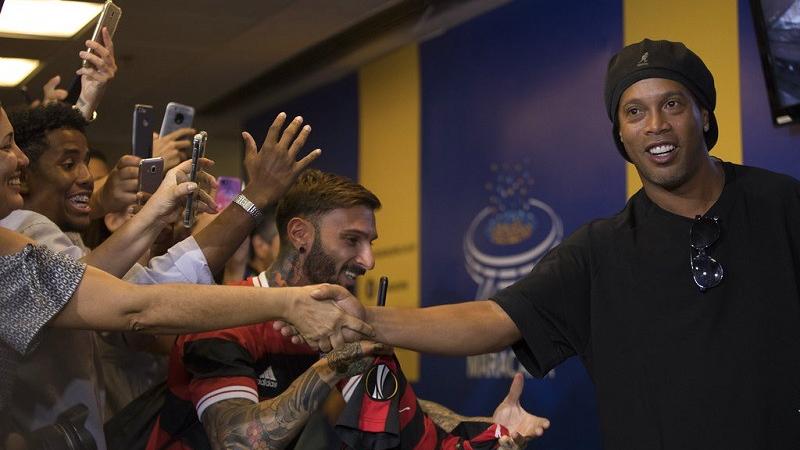 "This is one of the greatest achievements of my career," an emotional Ronaldinho said at the ceremony.

Ronaldinho played for local giants Flamengo between 2011 and 2012, but did not win any trophies during that spell.

The tribute comes during troubled times for the Brazilian, who had his passport seized by police in November. The decision is related to a US$2.5 million debt.