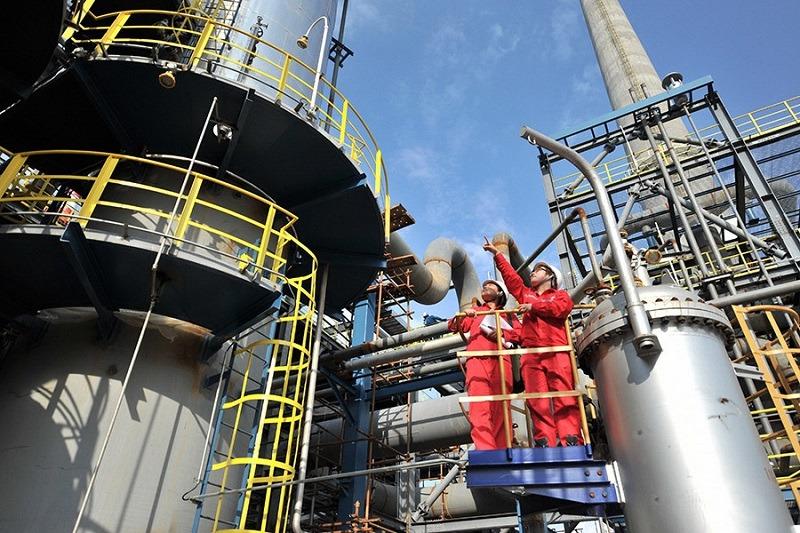 Despite oil demand rising 5.5 percent year-on-year to 11.77 million barrels per day in 2017, oil consumption, including gasoline and diesel, is expected to fall gradually over the next five to seven years, as China focuses more on energy efficiency and quality.

Li Li, energy research director at ICIS China, said despite the fact that peak consumption of oil is yet to come and gasoline and diesel are still dominant in the transportation sector, consumption growth has been slowing in recent years.

She said gasoline and diesel demand will slow with downward pressure in five to seven years, due to growth in alternative and renewable fuels, expansion of vehicle sharing, increasing ethanol-based gasoline supply, as well as expansion of high-speed rail networks.

According to S&P Global Platts China Oil Analytics, apparent oil demand is expected to rise by 500,000 barrels per day in 2018, equivalent to year-on-year growth of 4.2 percent

According to S&P Global Platts China Oil Analytics, apparent oil demand is expected to rise by 500,000 barrels per day in 2018, equivalent to year-on-year growth of 4.2 percent.

"China's oil demand will drop and gasoline consumption will weaken in the 2018-20 period, due to surging sales of alternative-fuel vehicles," she said.

Wang said gasoline demand, which already fell 0.02 percent from a year earlier in June, weakened by strong electric vehicle sales, is likely to moderate to 2 percent this year, due to a sales surge of alternative-fuel vehicles and fuel-efficiency gains, while bike-sharing is denting short-distance driving as well.

Bloomberg Intelligence estimates that growth in China's gasoline demand may slump in 2019-20 on the country's mandate for 10 percent ethanol blend by the end of the decade.

On the other hand, China's diesel demand, which fell 4.5 percent in June and 2.7 percent in the first six months of 2018 compared with a year earlier due to the slowdown in industrial output growth, is also likely to remain weak as the nation's economy shifts toward consumption and services and away from heavy industry, she said.

Production of large LNG trucks broke records in 2017 with a total of 96,000 vehicles produced, compared with 19,600 in 2016. Insiders estimate demand for natural gas powered trucks is likely to continue to rise this year, especially in the logistics, postal services and public transportation sectors.

Several ports in China, including those in Hebei and Shandong provinces and Tianjin Port, have already replaced diesel trucks with railways to carry coal, according to local environmental authorities.

China raised the retail prices of gasoline and diesel in early August, with retail prices going up by 70 yuan (US$10.2) per metric ton for the two types of refined oil products, according to the National Development and Reform Commission.

The commission said it would closely monitor the effects of the current pricing mechanism and make changes in response to global fluctuations.