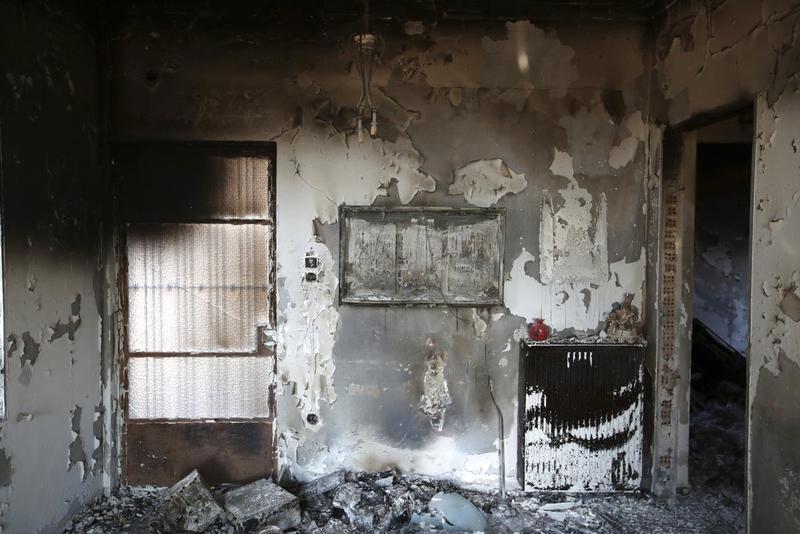 MATI, Greece  — Rescue crews were searching Wednesday through charred homes and cars for those still missing after the deadliest wildfires to hit Greece in decades decimated seaside areas near Athens, killing at least 79 people and sending thousands fleeing.

There was no official indication as to how many people might be missing, and some took to social media and Greek television stations with appeals for information on their loved ones.

A further 200 firefighters backed up by a water-dropping helicopter were tackling the second forest fire west of the capital, near Agioi Theodori

More than 280 firefighters were still in the area to the northeast of Athens in the wider Rafina area, dousing the remaining flames to prevent flare-ups. A further 200 firefighters backed up by a water-dropping helicopter were tackling the second forest fire west of the capital, near Agioi Theodori, where local authorities pre-emptively evacuated three nearby communities overnight, according to the fire department.

Flags across Greece were flying at half-staff after the prime minister declared three days of national mourning for the victims.

The two fires on either side of the Greek capital started Monday within hours of each other, and were fanned by gale-force winds that hampered firefighting efforts.

The speed with which the fire northeast of Athens spread took many by surprise, and is believed to have contributed to the high death toll.

"We couldn't see any fire. The fire came suddenly. There was so much wind, we didn't realize how it happened," said Anna Kiriazova, 56, who survived with her husband by shutting themselves in their house instead of trying to flee through the flames.

Kiriazova said they doused their house in the Mati area near Rafina with water from a garden hose, and credited the fact that their window frames were metal instead of wood for their home being spared. 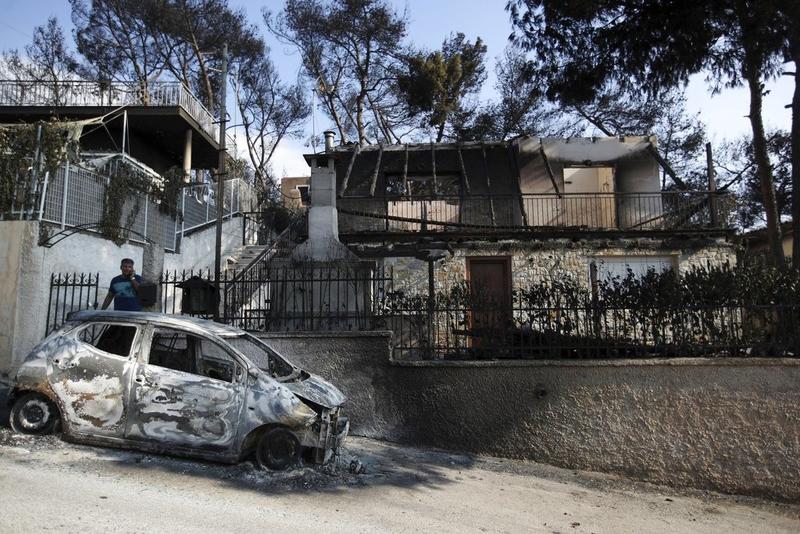 A man stands next to his burned house and car as he speaks on his cellphone in Mati, east of Athens, July 25, 2018. (THANASSIS STAVRAKIS / AP)

"We shut ourselves in the house, we closed the shutters, we had towels over our faces," she told The Associated Press. "The inferno lasted about an hour. I have no words to describe what we lived through."

Her 65-year-old husband, Theodoros Christopoulos, said the couple decided to take shelter in their home because the narrow roads outside were jammed with cars.

"There was a great panic because the whole street was blocked by cars," Christopoulos said. "Shouting, hysteria, they could see the fire was coming with the wind. It already smelled a lot, the sky was black overhead and in no time at all the fire was here."

Hundreds of others abandoned cars and fled to nearby beaches, from where they were evacuated hours later by coast guard and private boats. Dozens swam out to sea despite rough weather to escape the intense heat and choking smoke blanketing the area. 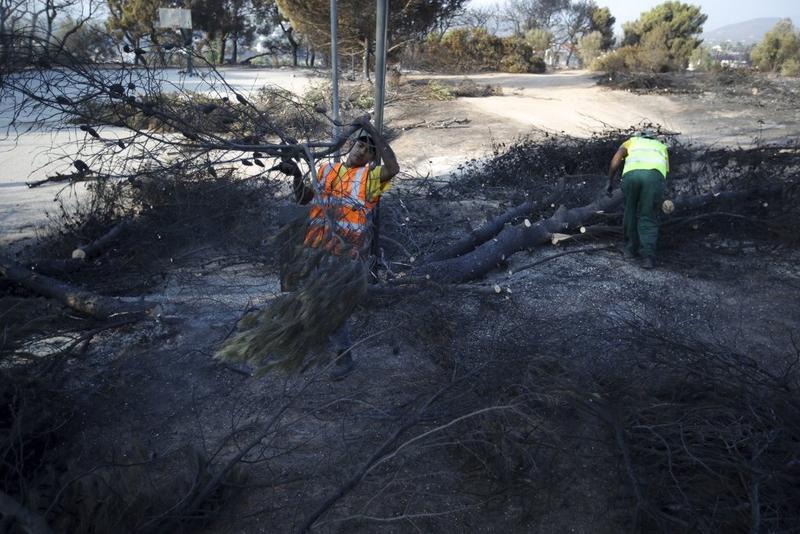 With the number of missing unclear, authorities appealed for people to call them if they were searching for loved ones. Some people also turned to Greek television and radio stations, asking for information from the public for relatives they hadn't heard from since the blaze.

The story of one man desperately searching for his children highlights the plight of many families looking for relatives.

Yiannis Philipopoulos appeared on television early Wednesday appealing for help to locate his missing twin daughters, who he said he had spotted on television footage arriving in the port of Rafina in a fishing boat during the evacuation of people from beaches overnight Monday to Tuesday.

Yiannis Philipopoulos said he and his wife recognized 9-year-old Sophia and Vasiliki in the news footage after spending a fruitless day searching hospitals and giving DNA samples at the Athens morgue. He had contacted police, who were helping search for the girls.

Philipopoulos said the girls had been with his parents, of whom there was no sight in the footage. Speaking on television stations Skai and Alpha, he said the images gave him hope his children were alive, and urged anyone with information to contact him. 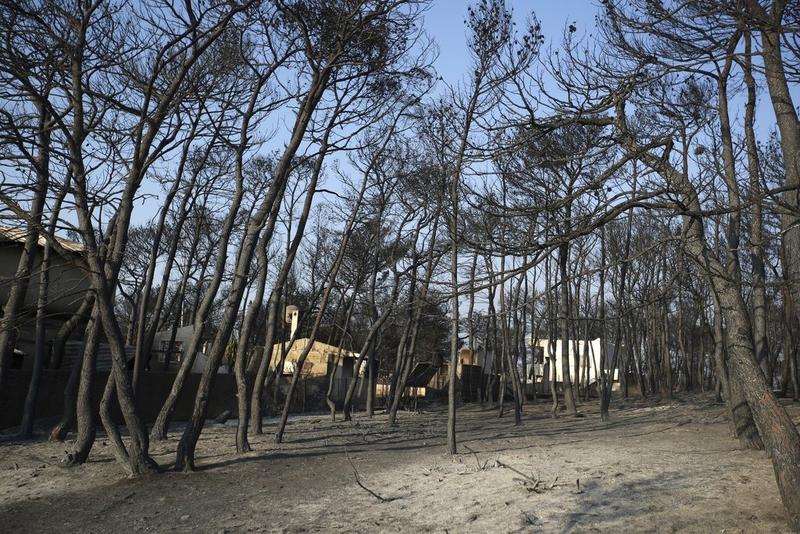 The footage showed two girls among other people, many clad just in swimsuits, disembarking from the fishing boat. Philipopoulos said he went with police to the TV station and saw the footage in higher resolution, and was sure the children were his daughters. But he had not heard from them since the fire.

The captain of the fishing boat said authorities had recorded the names of rescued people as they disembarked. The names of the two girls, however, appeared not to be among them.