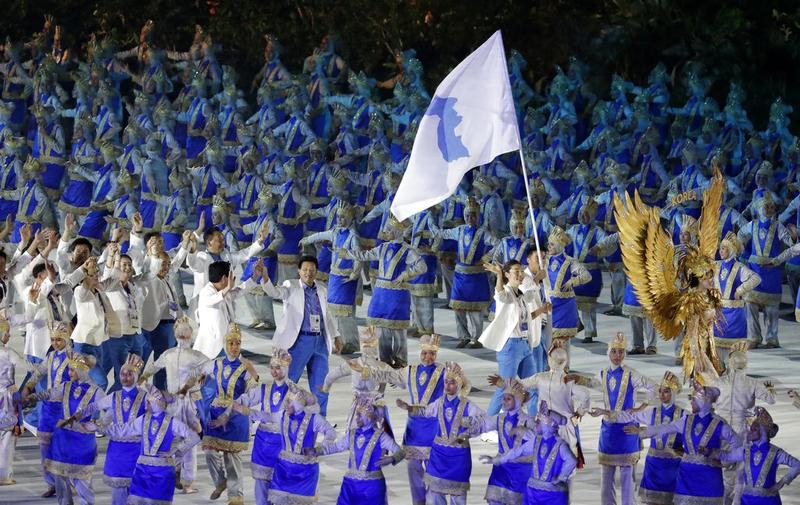 The combined Koreas march into Gelora Bung Karno Stadium under the "unification" flag during the opening ceremony for the 18th Asian Games in Jakarta, Indonesia, Aug 18, 2018. (LEE JIN-Man / AP)

A combined Koreas crew earned a historic bronze medal at the Asian Games on Saturday by finishing third in the women's 200-meter dragon boat final behind China and games host Indonesia.

The joint crew featured seven from the ROK and five from the DPRK and finished in 56.851 seconds at the Jakabaring Rowing and Canoeing Regatta Course in Palembang

And it was awarded to Korea — the name given to the combined teams the war-divided countries entered in rowing, canoeing and women's basketball.

"In the first place, we weren't sure if this unified team would be formed, but I'm so happy that we won the bronze medal in the end," the crew's captain, Kim Hyeon-hee, from ROK, was quoted as saying by Yonhap.

"I did get emotional. I tried not to cry but in my heart, I think there's something about being a Korean."

The Koreas, still technically at war after their 1950-53 conflict ended in an armistice, have fielded 60 athletes in combined teams in the three sports along with larger contingents for their respective national squads.

A group of athletes from the DPRK and ROK paraded into the opening ceremony last weekend behind the "unification" flag which features the outline of the peninsula in blue on a white background.

It took another seven days for any of the combined teams to get on the medals podium.

The joint crew featured seven from the ROK and five from the DPRK and finished in 56.851 seconds at the Jakabaring Rowing and Canoeing Regatta Course in Palembang.

Rather than sing their anthems, the crew joined to sing a popular folk song "Arirang," Yonhap reported.

To Myong-suk, a drummer from DPRK on the traditional boat, said the combined crew had just three weeks to practice together while other teams had years.

"This is a result that showed the bravery and wisdom of Korean people by combining our hearts and goals," Yonhap quoted To as saying. 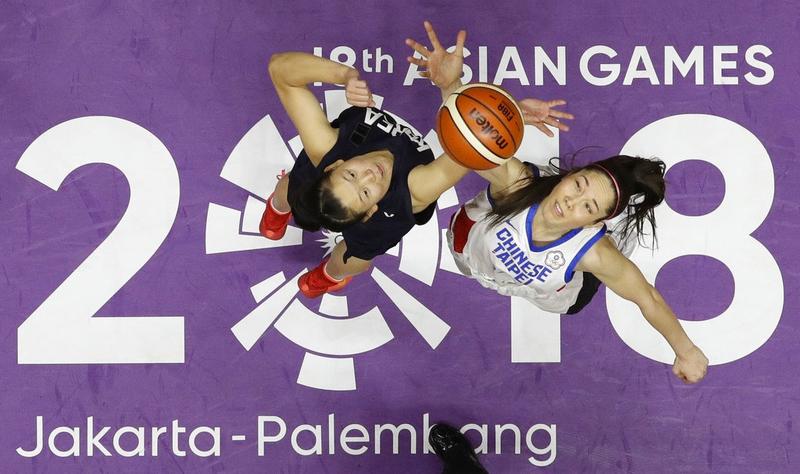 The combined Koreas basketball team has progressed to the quarterfinals of the women's tournament.

Iran's Sohrab Moradi was expected to win the gold medal in the 94-kilogram weightlifting class, and he iced it by breaking a 19-year-old world record in the snatch. He completed his set of world marks in the division when he lifted 189 kilograms in the snatch to break Akakios Kakiasvilis' record of 188. 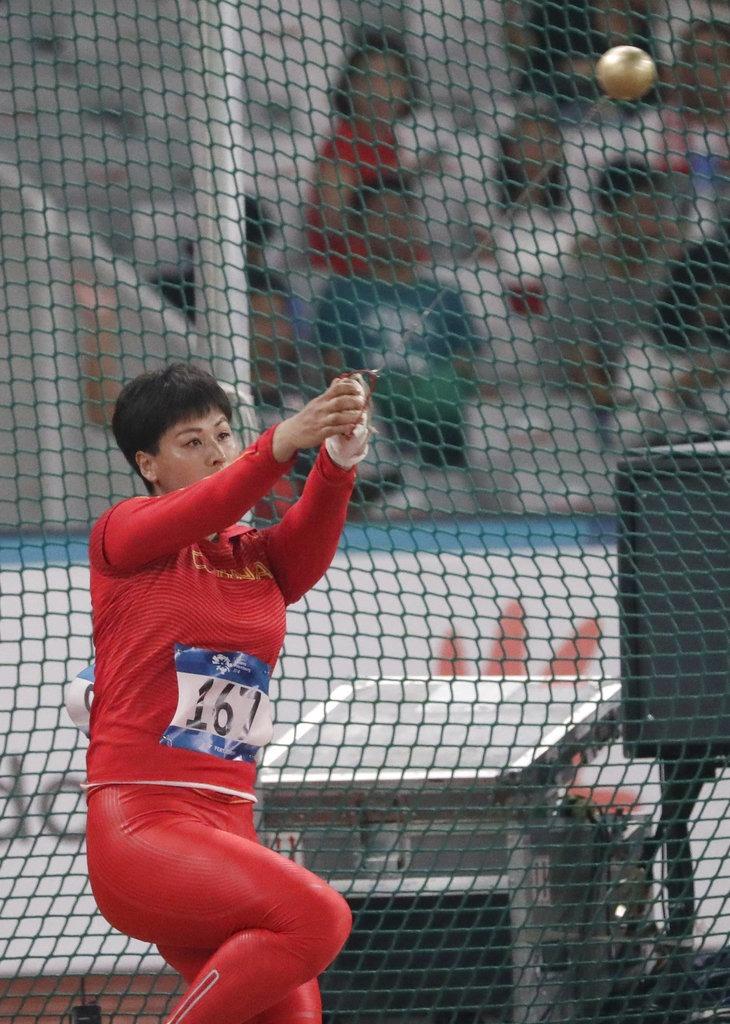 The track and field program opened with the first four titles going to Hiroto Inoue of Japan in a steamy early morning marathon, to India's Tajinderpal Toor in a games record 20.75 meters for the shot put, to Daria Maslova of Kyrgyzstan in the women's 10,000 and to China's Luo Na, who beat world championship silver medalist Wang Zheng to win the women's hammer throw at 71.42 meters. 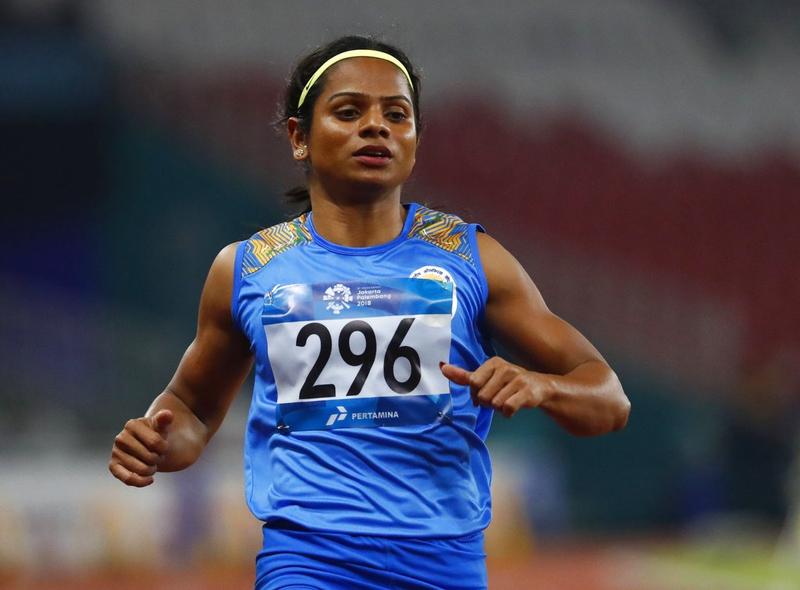 India's Dutee Chand reacts after her heat of the women's 100m during the athletics competition at the 18th Asian Games in Jakarta, Indonesia, Aug 25, 2018. (BERNAT ARMANGUE / AP)

Much of the focus in Indonesia was on world junior champion Lalu Zohri, from the earthquake-ravaged island of Lombok, who won his 100-meter heat in 10.27 seconds. Su Bingtian, who set the Asian record of 9.91 in June, won the next heat also in 10.27.

Defending women's champion Wei Yongli had the fastest qualifying time in 11.32, and India's Dutee Chand won her heat in 11.38. 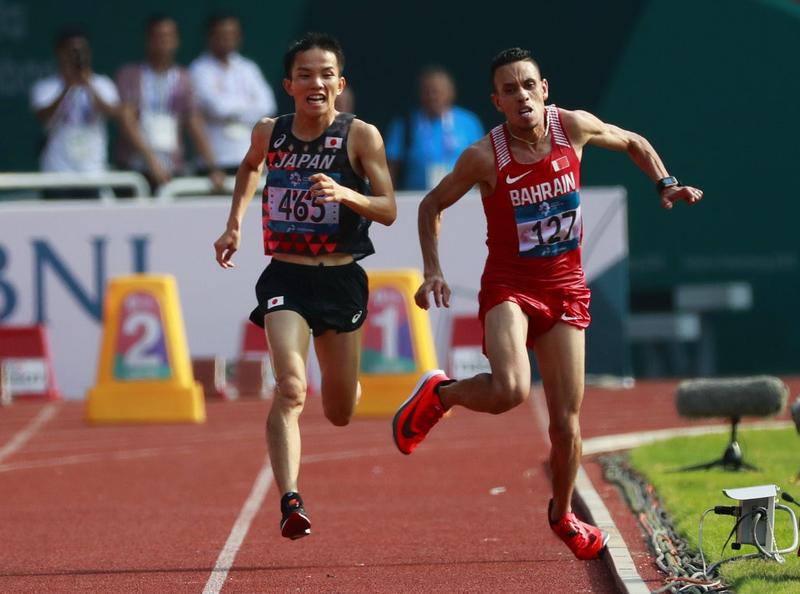 Bahrain's Elhassan Elabbassi, right, stumbles as he sprints to the finish line with Japan's Hiroto Inoue in the men's marathon at the 18th Asian Games in Jakarta, Indonesia, Aug 25, 2018. (BERNAT ARMANGUE / AP)

The marathon started at 6 am and it finished in a sprint, with Inoue hanging on for gold after a late tangle with Bahrain's Elhassan Elabbassi. Both were credited with the same time of 2 hours, 18 minutes, 22 seconds.

They entered the main stadium together and were shoulder-to-shoulder coming around the last curve of the track. Elabbassi attempted to surge inside Inoue in the inside lane but collided with his Japanese rival and lost his balance.

"I knew I'd win in the home stretch so I went all out," Inoue said. "This is a big confidence boost for me."

It was Japan's first gold in the Asian Games men's marathon in 32 years, and comes as the country prepares to host the 2020 Tokyo Olympics.

Veteran tour professional Denis Istomin, who has reached the last 16 at the Australian and US Opens and Wimbledon, won the tennis singles gold medal with a 2-6, 6-2, 7-6 (2) victory over Wu Yibing.