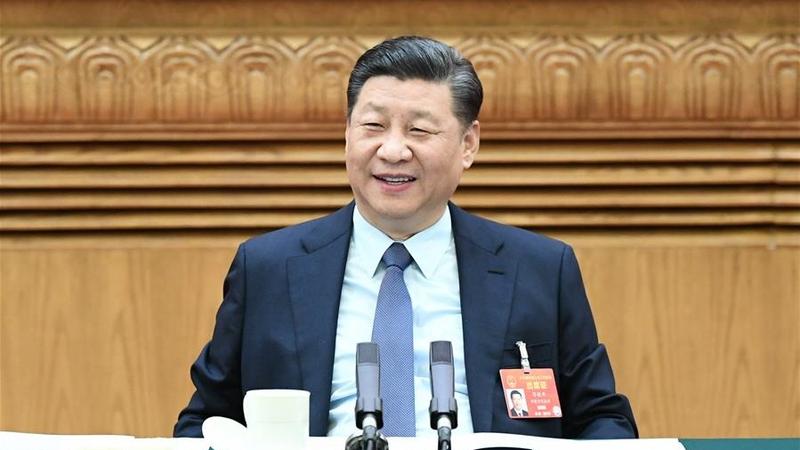 Xi's visit to Europe will be the first overseas trip in 2019 by the Chinese head of state, bearing historic significance for the development of relations between China and the three countries

The Chinese Foreign Ministry announced that Xi would pay state visits to the three European countries from March 21 to 26, at the invitation of Italian President Sergio Mattarella, Head of State of the Principality of Monaco Albert II and French President Emmanuel Macron.

Xi's visit to Europe will be the first overseas trip in 2019 by the Chinese head of state, also the top leader of the Communist Party of China, bearing historic significance for the development of relations between China and the three countries, Vice Foreign Minister Wang Chao told a press briefing.

Noting that Italy is an important member country of the G20 and Europe Union, Wang said this year marks the 15th anniversary of the establishment of comprehensive strategic partnership between China and Italy, and next year will mark the 50th anniversary of diplomatic ties. "Bilateral relations of the two countries are faced with important opportunities."

Xi's visit to Italy will be of historic significance in building on the past and opening up the future for the bilateral relations, Wang said.

During his visit to Italy, Xi will hold talks with President Mattarella and Prime Minister Giuseppe Conte, meet with presidents of the Senate of the Republic and the Italian Chamber of Deputies, and the two sides will exchange in-depth views on China-Italy, China-EU relations,  as well as international and regional issues of mutual interest.

"President Xi and Prime Minister Conte will jointly witness the signing of intergovernmental cooperation documents in fields of diplomacy, economy and trade, culture, as well as commercial agreements in infrastructure, machinery and finance," Wang said, adding that the two sides would strengthen Belt and Road cooperation.

Xi will also visit Palermo, the capital of the island of Sicily, Wang said.

Noting that China and Monaco have set an example of friendly relations between countries of different sizes, Wang said Xi's visit to Monaco will be of historic significance to bilateral relations.

Xi will hold talks with Prince Albert II during his visit to Monaco and they will exchange views on issues such as politics, economy, humanities and environmental protection, and jointly open up a new era of China-Monaco relations, Wang said.

The two countries have made steady progress in jointly building the Belt and Road and third-party market cooperation, as well as in cooperation in the fields of nuclear energy, aerospace, agriculture, finance and sustainable development, Wang said. The two sides have also maintained close coordination in safeguarding multilateralism, improving global governance and dealing with climate change, and witnessed increasing people-to-people exchanges, he added.

Wang said Xi's state visit to France, his second within five years, will coincide with the 55th anniversary of China-France diplomatic ties, and is of special significance to bilateral relations.

During his visit, Xi will hold talks with President Macron, meet with Prime Minister Edouard Philippe, Speaker of the Senate and President of the National Assembly, according to Wang.

The leaders of the two countries will exchange in-depth views on the China-France relations, China-EU relations, and international and regional issues of common interest, and witness the signing of cooperation agreements covering energy, transport, agriculture, finance, culture and technology.

Wang said Xi's visits will bring the pragmatic cooperation between China and the three countries to a new height, inject new impetus into China-EU relations in the new era, and open up new space for jointly building the Belt and Road.