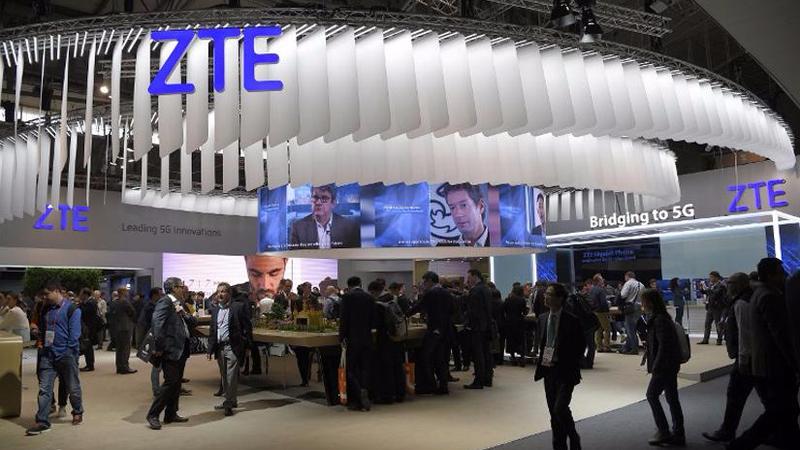 In this on Feb 27, 2017 photo, visitors pass in front of the ZTE stand on the first day of the Mobile World Congress in Barcelona in Barcelona. (LLUIS GENE / AFP)

BEIJING - Chinese telecom equipment company ZTE Group has announced its success in making the first phone call enabled by 5G technologies as smartphone makers scramble to work on 5G in hopes of applying this next-generation mobile communication technology to their products as soon as possible, Tuesday's China Daily reported.

"The success moves China a step forward in developing 5G technologies, which will accelerate its speed in commercializing 5G," Xiang Ligang, a telecom expert and chief executive of telecom industry website Cctime, was quoted by the newspaper as saying. The call was one of the world's first using 5G technology, according to Xiang.

The 5G phone call, as a collaboration between ZTE and China Mobile Communications Corp, was based on ZTE's end-to-end system of 5G, which will be taken for commercial use. It also follows the latest standard of 3GPP, a body that governs global cellular standards, according to the report.

The move comes as China evolves from being a follower into a pioneer in the global telecom arena, experts said. The country is expected to commercialize 5G by 2020 and become the world's largest 5G market by 2025, the newspaper said.