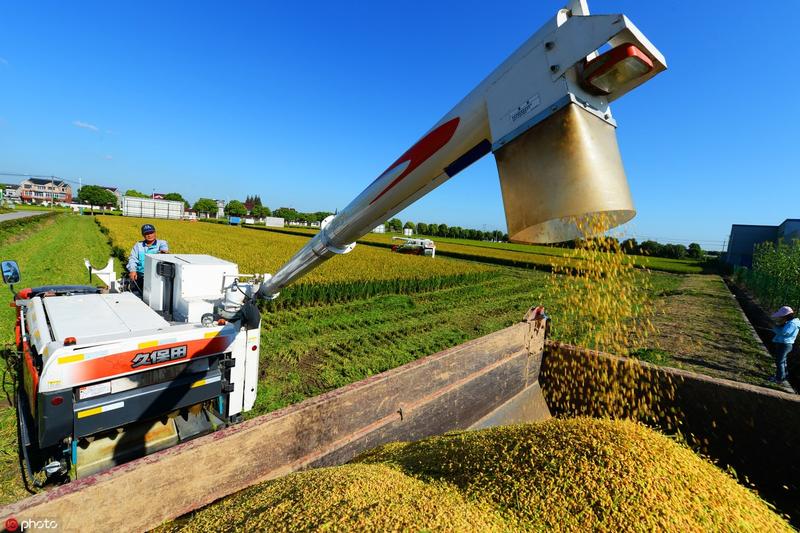 Land reform projects in Deqing, a county in Huzhou, Zhejiang province, have boosted farmers' incomes and helped industrial upgrading in the county.

The Central Leading Group for Deepening Reform approved pilot reform for commercial use of collectively owned construction land in rural areas in 2014. In all, 33 counties nationwide, including Deqing, were picked as pilot areas in 2017

The Central Leading Group for Deepening Reform approved pilot reform for commercial use of collectively owned construction land in rural areas in 2014. In all, 33 counties nationwide, including Deqing, were picked as pilot areas in 2017.

Experts said the project mainly targets nonresidential land, which avoids impacting the housing market, and by bringing more land into the market, the cost of acquiring land is reduced.

ALSO READ: Full text: China and the World in the New Era

Since the launch of the program, 208 rural land slots have entered the market in Deqing, covering more than 106 hectares. These deals have generated combined transactions worth 422 million yuan (US$60.2 million) and collective income of 339 million yuan, benefiting over 180,000 farmers, according to the Deqing county government.

"The rural land system reform is of vital concern for farmers. They cannot become bystanders, and their interests should never be neglected," said an official in charge of the project in the county, adding Deqing gave farmers and farmers' collectives the rights of participation, choices and decisions during the reform process.

So far, 160 village-level joint-stock cooperatives have been set up in the county. The cooperatives quantify and evaluate all operational land slots in the county, ensuring transparency and public participation in the project.

On average, 80 percent of the income from the pilot land reform is directly distributed to farmers and farmers' collectives, with the rest used for urban and rural infrastructure construction and environmental improvement, the county official said.