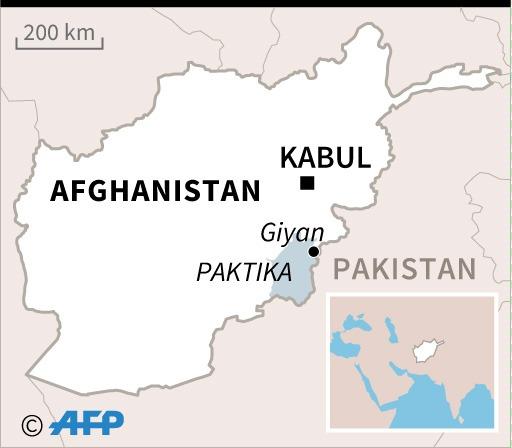 An AFP graphic shows a map locating the Giyan district of Paktika province in Afghanistan.

The attack have forced thousands of students to stay away from schooling, the education department's deputy Nasim Wajid said.

"Unknown militants targeted Hazrat Belal and Sayed Jalal Bukhari high schools with hand grenades at 7:00 am local time today and attacked another school with rocket outside Sharan city but fortunately no students were present at the time of attack," Wajid said.

However the official added that the attacked schools were badly damaged due to the blasts.

Usually schools in Afghanistan open at 8:00 am local time.

"The incidents deprived thousands of students of education in the city at least for today, where nearly all the attacked schools properties and libraries were burned to ashes," Wajid asserted

Another official said earlier that casualties feared as three schools were attacked by militants in Sharan city.

Although no group has claimed responsibility, the official and locals have not ruled out the involvement of Taliban militants in the attack.

Hundreds of schools have remained closed in areas controlled by Taliban and the Islamic State outfit in parts of the conflict-hit Afghanistan.