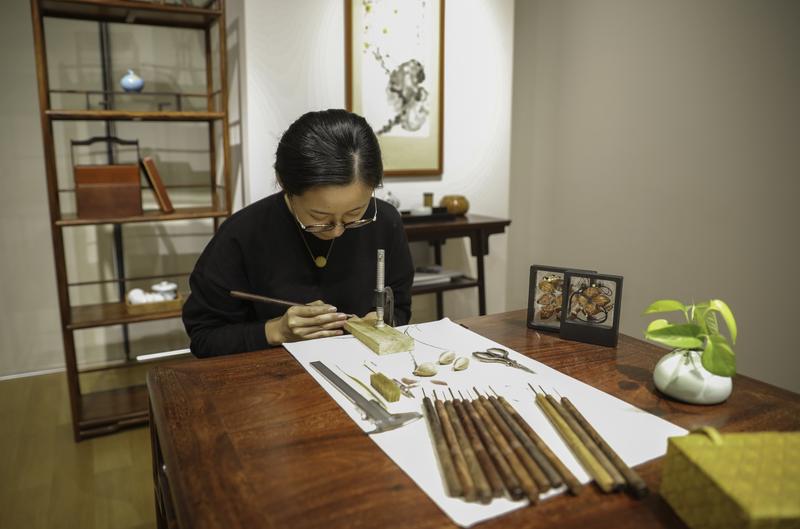 Artisans in Suzhou, Jiangsu province, have enjoyed fame in China for thousands of years, and today a new generation is keeping the tradition alive, creating new works for modern times.

For over 1,000 years, people from Suzhou built imperial palaces decorated with pillars, windows and gardens with sculptures and paintings

The Suzhou Artisan Garden, which officially opened in November 2018, is the home station for 64 master artists. The exhibition space at the Phoenix Culture Industry Park in Suzhou's Wuzhong district showcases some of the finest creations by the celebrated Suzhou artisans.

For over 1,000 years, people from Suzhou built imperial palaces decorated with pillars, windows and gardens with sculptures and paintings. They made furniture with mother-of-pearl, clothes with fine embroidery and jewelry with intricate designs.

"People from Suzhou and the nearby area seem to have a natural talent for aesthetics," says Cai Xiaming. The 51-year-old has worked with silk embroidery and fine tapestries for more than 30 years. She and Zhong Jinde, a 56-year-old carpenter, began as apprentices in local factories. It was a period when China began to open up to the world and small factories and workshops mushroomed in the suburban areas of the Yangtze River Delta.

Cai used to work in a factory that made kimono belts for the Japanese market. Now, the exquisite craftsmanship of fine silk tapestries is used to reproduce classical Chinese paintings and haute couture fashion designs. Later this month, Cai will travel to France, where she'll make men's suits. "I was invited to showcase the craft at the fashion show," she says, proudly. Nowadays, the young generation of artisans choose the career for love instead of livelihood.

So, Zhu Mengjia, for example, had to subsidize her crafts studio with a second job during an especially difficult period.

The 26-year-old is one of the young artists featured at the center, who creates miniature sculptures from olive pits.

The craft known as "peach pit carving" has existed in China for more than 600 years. Olive pits became more popular over time. On the tiny surfaces of fruit pits, artists create statues and portraits, flowers and birds, and even boats with passengers. The traditional craft was listed as an intangible cultural heritage of China in 2008. 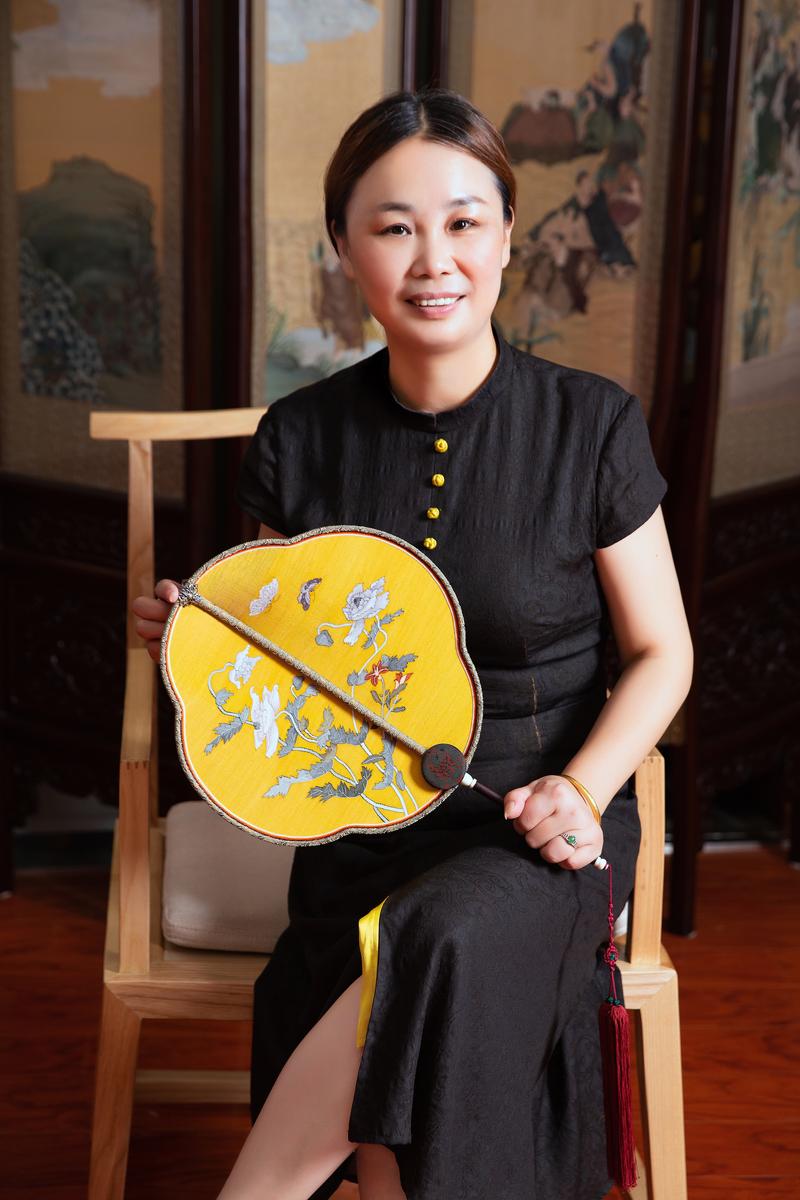 Cai Xiaming, a silk-embroidery and fine-tapestry craftswoman for 30 years, hopes to win new appeal for her work. (PHOTO / CHINA DAILY)

A famous essay by Wei Xueyi (1596-1625) vividly records a fine pit carving depicting a boat, with eight windows on the cabin and five people onboard, each striking different poses. Fine examples of these carved-pit boats can still be found in museums in China.

"Today, we work mainly with olive pits because they are harder and larger than peach pits, and easier to carve," says Zhu, who grew up in Zhoushan village in the suburb of Suzhou, a center of pit carving.

As a child, she played in the studios and tried her hand at carving the pits. Later, when she studied at the Nanjing University of the Arts, she made up her mind to make pit carving her career because she loved it.

After training under an experienced master for more than a year, she opened her studio in 2014. At that time, bracelets made of wooden beads enjoyed great popularity in China and she had brisk business.

But soon, cheap pieces mass produced using machines took over the market and the fever cooled down.

"I had to give music lessons and used the income to subsidize my studio," says Zhu. "In the most difficult period, I taught more than 10 children every day. My parents suggested I close the studio and find a proper job, but I wasn't ready to let go."

In 2017, Zhu won a bronze prize at an arts-and-crafts competition in Jiangsu province, which was a major turning point. Since then, her works have been showcased at art fairs and have won support from the Suzhou government.

Now, Zhu has a steady client group on the internet. "There has been lots of publicity for artisans, and people now recognize the value of hand work, which can't be replicated by machines," she says.

"It is a good time to be a craftswoman."