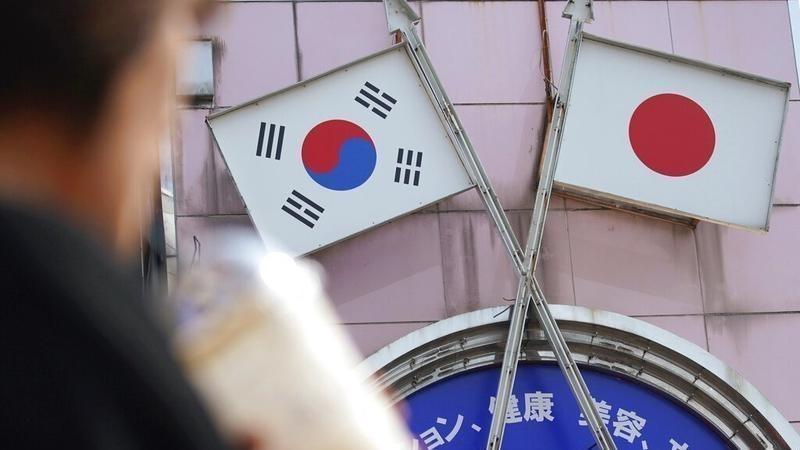 Japan and the Republic of Korea (ROK) struck a last-minute deal to save their expiring intelligence-sharing pact, potentially averting a blow to US efforts to strengthen its Asian alliance network.

The ROK will halt its plans to pull out of the General Security of Military Information Agreement and withdraw a complaint it made against Japan at the World Trade Organization, Kim You-geun, ROK’s national security first vice advisor, said in a news briefing Friday, about six hours before the pact was due to expire.

The intelligence deal was near the brink of termination on Thursday as both Seoul and Japan seemed to be intransigent. The ROK insisted Japan must lift its trade restrictions first.

"Unless there's a change in Japan's attitude, our position is we won't reconsider," ROK’s Foreign Minister Kang Kyung-wha told parliament on Thursday.

On Friday, Japan and the ROK agreed to start talks on export controls put in place by Tokyo, Yoichi Iida, a trade control director with Japan’s Ministry of Economy, Trade and Industry, said at a separate briefing in Tokyo.

The pact was set to formally cease to exist at 12 am Saturday, three months after the ROK moved to end the deal amid a history-laden dispute with Japan. The move came after the Trump administration pressed its two allies to prevent their feud from dealing lasting damage to the US’s regional security network.

The agreement would have been the most significant casualty yet of a dispute between Japanese Prime Minister Shinzo Abe and ROK President Moon Jae-in that rapidly escalated over the past year as the US sat largely on the sidelines. The US made a late push to save the deal, including a Seoul visit last week by Defense Secretary Mark Esper and a call Thursday by Secretary of State Michael Pompeo.

The Pentagon has warned that allowing the pact to end would “increase risk” to some 80,000 US troops stationed in the two countries

Earlier this year, Japan removed the ROK from its “white list” of trusted export destinations and curbed exports of several items vital to production in the country’s high-tech manufacturing industry. The moves came after a series of Korean court rulings demanding Japanese companies to compensate Korean workers forced into labor during Japan’s 1910-45 occupation of the peninsula.

The deal’s expiration would have put more strain on America’s postwar network of alliances, as President Donald Trump prioritizes troop-funding increases and trade concessions over maintaining multilateral relationships. Esper and Pompeo faced the difficult task of asking Seoul to compromise with Tokyo, while carrying Trump’s demands for a five-fold increase in military funding.

The Pentagon has warned that allowing the pact to end would “increase risk” to some 80,000 US troops stationed in the two countries.

The Democratic People’s Republic of Korea has reminded all three of the risks, test-firing a series of new ballistic missiles since May that weapons experts said can deliver a nuclear warhead to all of the ROK and most of Japan.

“The US needs both Japan and South Korea to be on the same page when it comes to their posture vis-a-vis regional security challenges,” said Yuki Tatsumi, director of the Japan Program at the Stimson Center in Washington. “The breakdown of the Japan-South Korea relationship makes any gesture to demonstrate the health of US alliance network extremely difficult, if not impossible.”