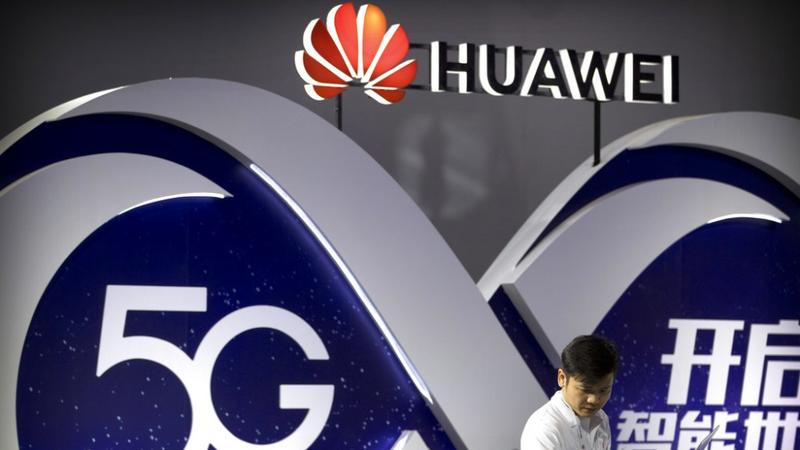 In this Sept 26, 2018, file photo, a staff member uses a laptop computer at a display for 5G wireless technology from Chinese technology firm Huawei at the PT Expo in Beijing. (MARK SCHIEFELBEIN / AP)

HONG KONG — Huawei Technologies on Tuesday said it has secured more than 25 commercial contracts for 5G, slightly above the 22 the Chinese technology giant had announced here in November.

Huawei has shipped more than 10,000 base stations for the fifth generation of mobile communications, its rotating chairman Ken Hu told reporters at the company’s campus in Dongguan in southern China.

The press conference, which comes a couple of weeks after Huawei’s chief financial officer Meng Wanzhou - also the daughter of its founder Ren Zhengfei - was arrested in Canada at the request of the United States.

She is awaiting possible extradition to the United States in a case that has roiled global markets.

This has added to the woes of the Chinese firm, which has already been virtually locked out of the US market and has been prohibited by Australia and New Zealand from building 5G networks on concerns its gear could facilitate Chinese spying.

On Tuesday, Huawei said it expects revenue to exceed US$100 billion this year, a 8.7 percent rise from last year

The company has repeatedly insisted Beijing has no influence over it, a point it reiterated at the press briefing on Tuesday.

Huawei has been communicating with governments around the world regarding the independence of its operation, it said.

Reuters last week quoted sources as saying that Huawei planned to spend US$2 billion to address British authorities’ securities concerns. Britain has been one of Huawei’s biggest international markets.

Huawei is the world’s largest supplier of telecommunications network equipment and second-biggest maker of smartphones, with revenue of about US$92 billion last year. Unlike other big Chinese technology firms, it derives half of its revenue from overseas.

On Tuesday, Huawei said it expects revenue to exceed US$100 billion this year, a 8.7 percent rise from last year.