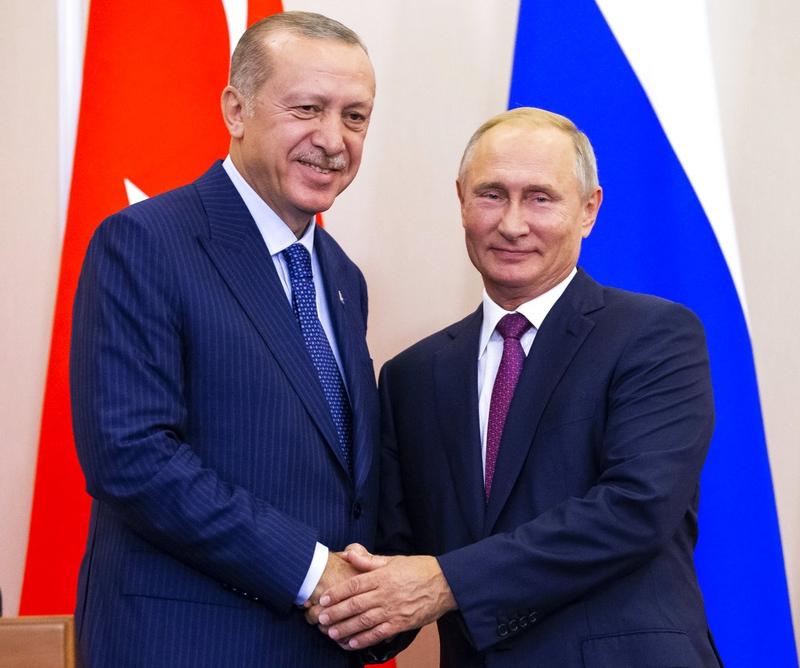 MOSCOW/DAMASUCS/BEIRUT/AMMAN - Russian President Vladimir Putin said Monday Russia and Turkey have decided to set up a demilitarized zone between the armed opposition and the government troops in Syria's Idlib province by Oct 15, a deal the Syrian government welcomed.

The demilitarized zone with a depth of 15-20 kilometers will be created along the contact line of the armed opposition and the government forces, Putin said at a joint press conference following talks with his Turkish counterpart Recep Tayyip Erdogan in Russia's Sochi.

Mobile patrol groups consisting of Turkish army units and Russian military police units will control the situation in the demilitarized zone, Putin said, according to a Kremlin press release.

"Russia and Turkey reaffirmed their determination to fight terrorism in Syria in all its forms and manifestations," Putin said.

Territories occupied by the Syrian opposition must be demilitarized, Erdogan said at the press conference, adding that the opposition will remain there but Turkey and Russia will make every effort to eliminate all radical groups from these territories.

There will be no military operation against the armed opposition in Idlib and the Russian military will soon coordinate with the Syrian forces, Russian Defense Minister Sergei Shoigu said following the Putin-Erdogan meeting.

The Syrian government on Tuesday welcomed the deal and vowed to press on with its "war against terrorism" to "liberate" the entire country.

The government "affirms it is pressing on with its war against terrorism until the liberation of the last inch of Syrian land, whether by military operations or local reconciliation", the Syrian state news agency SANA cited a Foreign Ministry official as saying. 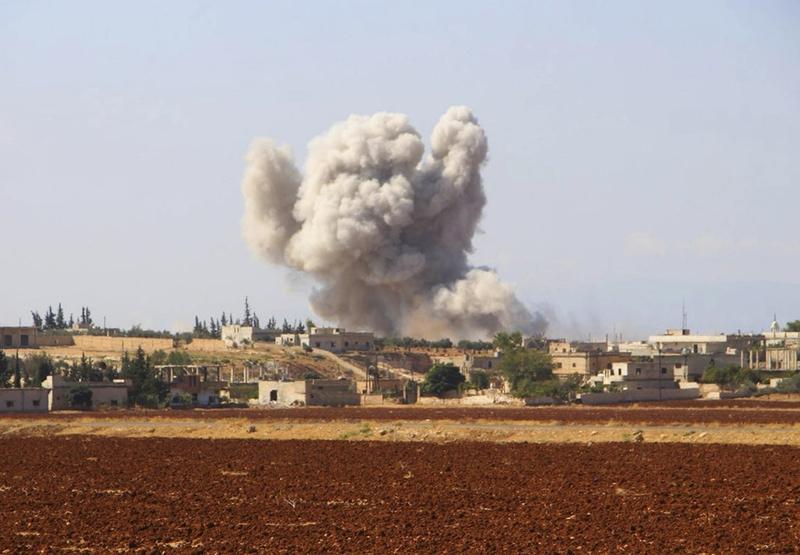 The agreement has "practically excluded" a Syrian government offensive in the region, spokesman for the opposition Syrian Negotiations Commission Yahya al-Aridi told Reuters .

Aridi also said the deal had safeguarded the lives of millions of Syrians and was an indication that the "path of peace" must now be opened.

Earlier in the day, a Syrian rebel official said the deal had ended Assad's hopes of regaining full control of his country.

"The Idlib deal preserves lives of civilians and their direct targeting by the regime. It buries Assad's dreams of imposing his full control over Syria," Mustafa Sejari, a Free Syria Army (FSA) official, told Reuters.

Sejari said the deal reached in Sochi between Erdogan and Putin led to de facto control by the opposition of a "geographic area" that would be a springboard for a political transition that ends Assad's "authoritarian" rule.

Al-Watan, a pro-Syrian government newspaper, said Syrian state institutions would return to Idlib by the end of the year in the final phase of the deal after insurgents hand over all of their heavy weapons and move away from civilian areas.

Citing unidentified diplomatic sources in Moscow, it said any factions rejecting the agreement would be considered enemies"even of the Turkish army and will be classed as terrorists thatmust be fought".

The Syrian government forces backed by Russia and Iran were preparing an offensive against the rebels' last major stronghold in Idlib, although Turkey and the United States have repeatedly warned against any operation.

Ankara and Washington reject the possible offensive in Idlib, citing that it could cause great civilian casualties and even a humanitarian disaster.

However, Erdogan's call for a cease-fire in Idlib, which borders Turkey, was accepted neither by Russia nor Iran at the tripartite summit in Tehran on Sept. 7.

On Monday evening, Syria's air defenses intercepted some missiles in a missile attack on the coastal city of Latakia, the state TV reported, adding that the missiles were fired from the sea.

Explosions were heard in Latakia, in what appeared to be an attack "whose source is unknown" targeting the Technical Industries Corporation in the city, according to the state media.

While it has yet to identify the party behind the missile attack, previous ones were carried by Israel.

The state TV said the Syrian air defenses are still triggered in Latakia to intercept the missiles.

Meanwhile, pro-government activists said the Russian-run Khmeimim air base in Latakia countryside is taking part in intercepting the missile attack on Latakia.