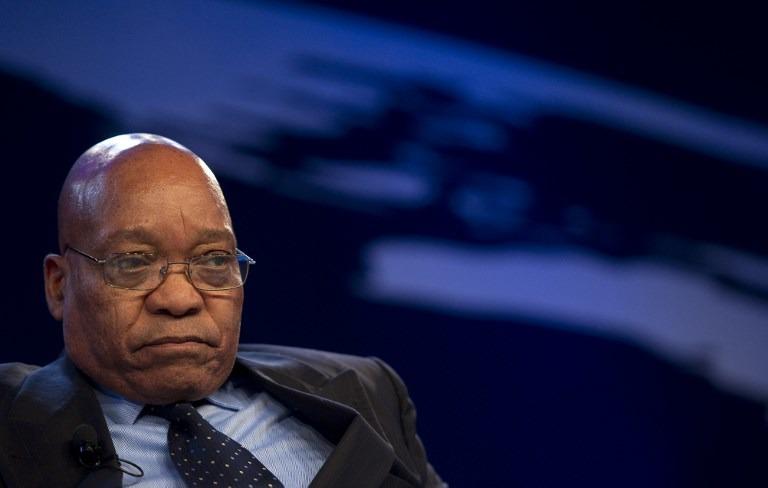 In this file photo taken on Jan 27, 2011 South African President Jacob Zuma looks on before attending a session on the second day of the World Economic Forum annual meeting in Davos. (JOHANNES EISELE / AFP)

JOHANNESBURG - South African President Jacob Zuma on Tuesday agreed in principle to resign within a time frame of 3 to 6 months, said ANC secretary general on Tuesday.

South Africa's ruling party decided on Tuesday to sack Jacob Zuma as the country's president, a senior official said, after a marathon meeting over the fate of a leader whose scandal-plagued years in power darkened and divided Nelson Mandela's post-apartheid "Rainbow Nation".

The decision by the African National Congress's (ANC) national executive followed 13 hours of tense deliberations and one face-to-face meeting between Zuma and his presumed successor, deputy president Cyril Ramaphosa.

Zuma, a polygamous Zulu traditionalist with no formal education, has been living on borrowed time since Ramaphosa, a union leader and lawyer once tipped as Mandela's pick to take over the reins, was elected as head of the 106-year-old ANC in December.

Jacob Zuma has been living on borrowed time since Cyril Ramaphosa, a union leader once tipped as Mandela's pick to take over the reins, was elected as head of the 106-year-old ANC in December

Ramaphosa narrowly defeated Zuma's ex-wife and preferred successor, Nkosazana Dlamini-Zuma, in the leadership vote, forcing him to tread carefully in handling Zuma for fear of deepening the rifts in the party a year ahead of an election.

Despite the damning decision to order Zuma's "recall" - ANC-speak for "remove from office" - domestic media have speculated that the 75-year-old might yet defy the party's wishes, forcing it into the indignity of having to unseat him in parliament.

Shortly before midnight, the SABC state broadcaster said Zuma had been told in person by Ramaphosa that he had 48 hours to resign. A senior party source later told Reuters Zuma had made clear he was going nowhere.

"Cyril went to speak with him," the source said, adding that when Ramaphosa returned to the ANC meeting in a Pretoria hotel, the discussions were "tense and difficult".

"We decided to recall Zuma. He hasn't been told yet," the source said. 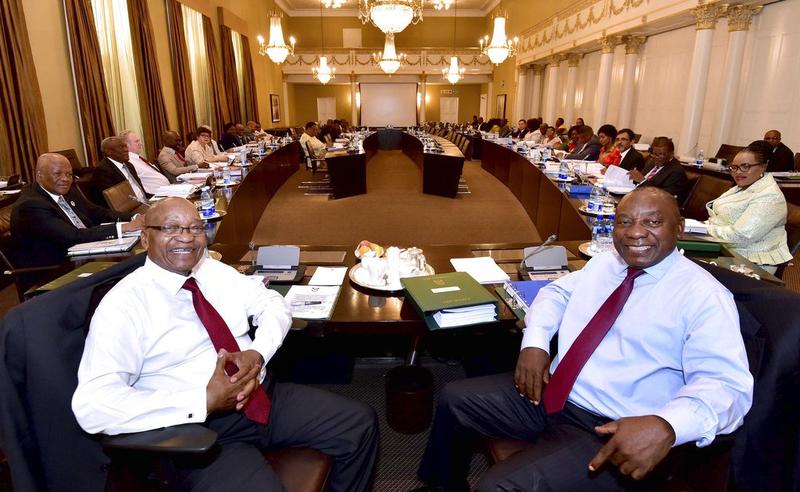 The ANC is expected to hold a media briefing in the afternoon to reveal the results of the meeting.

On Friday, one of his wives, Tobeka Madiba-Zuma, posted comments on Instagram suggesting Zuma, who has challenged and defied attempts by the ANC and courts to rein him in, was prepared to fight and believed he was the victim of a Western conspiracy.

"He will finish what he started because he does not take orders beyond the Atlantic Ocean," she said.

South Africa's economy, the most sophisticated on the continent, has stagnated during Zuma's nine-year tenure, with banks and mining companies reluctant to invest because of policy uncertainty and rampant corruption.

However, since mid-November when Ramaphosa emerged as a real ANC leadership prospect, economic confidence has started to pick up, while the rand - a telling barometer of Zuma's fortunes - has gained more than 15 percent against the dollar. 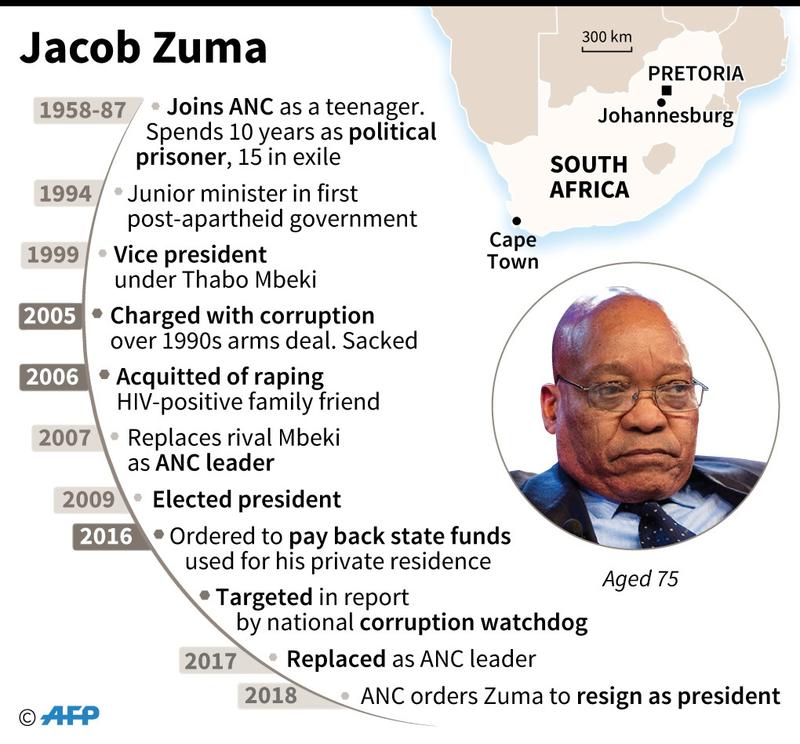 The ANC's decisive overnight move against Zuma after nearly two weeks of dithering mirrors the fate that he himself meted out to then-President Thabo Mbeki in 2008 after being elected to the helm of the party.

The removal of Zuma, an anti-apartheid activist who spent 10 years alongside Mandela in the notorious Robben Island prison camp, also echoes generational changes sweeping through the anti-colonial liberation movements in charge of southern Africa.

In August, Jose Eduardo dos Santos stepped down after 38 years as president of oil-rich Angola and three months later Zimbabwe's military unseated 93-year-old Robert Mugabe, the only leader the country had known since independence in 1980.

Although Zuma retains a hard core of faithful inside the ANC and in the rural heartlands of his native KwaZulu-Natal province, there will be few tears shed in South Africa's urban centers, where many regard him with derision and contempt.

"He's a goner," the Sowetan, a tabloid popular with urban black South Africans, screamed in a front-page headline above a picture of Zuma sitting with his head held in his hand.

Central to the public anger have been the persistent allegations - now the focus of a judicial commission - that Zuma let his friends the Guptas use their relationship with him to win state contracts and influence cabinet appointments.

Zuma and the three Gupta brothers, who were born in India but moved to South Africa in the early 1990s, have denied any wrongdoing.

The Guptas' whereabouts are currently unknown, although plane-tracking websites showed their private jet flying last week from India to Dubai to Russia.

In addition to the massive Gupta-related "state capture" scandal, South Africans were outraged by a state-funded $16 million security upgrade to Zuma's rural Nkandla home that included a cattle kraal and swimming pool.

At the time, Zuma's police minister justified the pool as a "fire-fighting resource".