A strong contingent of women is leading the pack of writers featured in the newest edition of Hong Kong International Literary Festival which opens today. Melanie Ho reports. 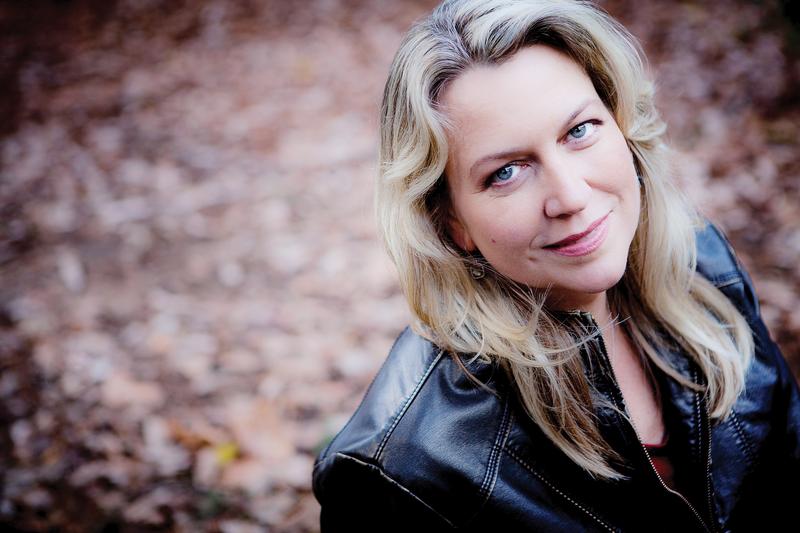 Cheryl Strayed, who wrote the best-selling memoir Wild, will talk about her vocation as writer and feminist at Hong Kong International Literary Festival’s gala dinner. (PHOTO PROVIDED TO CHINA DAILY)

When the Hong Kong International Literary Festival (HKILF) opens today at its new permanent home in Tai Kwun Centre for Heritage and Arts, feminism, LGBTQ+ and inclusivity in the arts will be among its major themes. Aiming to facilitate exchange of ideas on the big issues of the moment, festival organizers looked, in part, to the global #MeToo movement.

“We’ve seen the #MeToo movement continue to gain momentum over the last 12 months as women around the world are speaking out and sharing stories of their lived experiences,” festival director Philippa Milne says. “I think it’s vital that as a literary festival we provide a platform for these conversations. I am particularly interested in feminism and #MeToo in the context of literature and I look forward to discussing the predictions on the movement’s future with some fantastic writers.”

The 18th edition of the festival is headlined by female authors such as Cheryl Strayed, Meg Wolitzer (The Female Persuasion) and the psychotherapist Susie Orbach. Strayed will speak about female voices in literature at the festival’s gala dinner. The 10-day-long festival will see a host of talks, workshops and panel discussions — including one entitled “#MeToo in the Literary World” with the journalist Leta Hong Fincher, whose new book looks at the feminist consciousness emerging in China, and writers Guadalupe Nettel and Laline Paull. 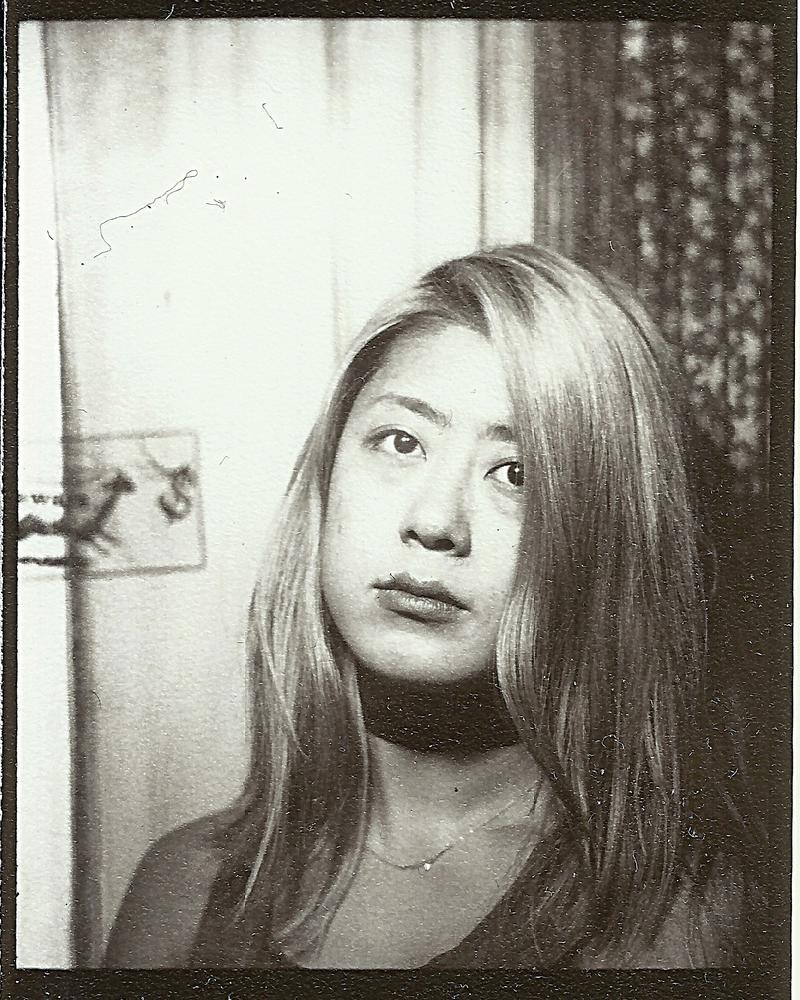 Jenny Zhang will take part in a panel on how women’s writing is affected by their physicality. (PHOTO PROVIDED TO CHINA DAILY) 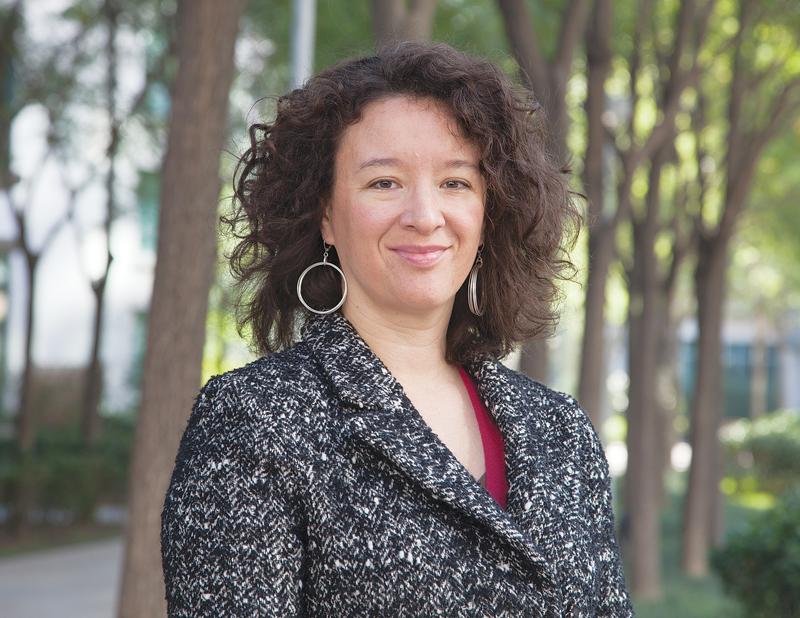 Leta Hong Fincher is the author of the critically-acclaimed Leftover Women: The Resurgence of Gender Inequality in China. (PHOTO PROVIDED TO CHINA DAILY)

“There is so much to be said about this enormous topic, and I am very glad some of these important conversations will be taking place at the festival,” Wolitzer says ahead of her first visit to Hong Kong.

Hong Kong-born writer Xu Xi is taking part in the festival as a moderator, panelist and workshop leader. Of the festival’s feminist theme, she says: “About time! I am and long have been a diehard feminist, so to finally see attention to the issues that have mattered to me all my life at the literary festival of my birthplace is refreshing.”

At an event entitled “The Second Shelf”, she and Wolitzer will discuss the gender politics at play in putting titles authored by women under “women’s fiction” — an example of what Xu Xi calls “the real and continued existence of patriarchal prejudice in the literary publishing world”.

Says Wolitzer: “I’ve written about the ways that men and women literary fiction writers have been treated differently; the notion that a novel should be seen as so-called ‘women’s fiction’ just because it was written by a woman or has a female protagonist can seem so reductive and limiting.” 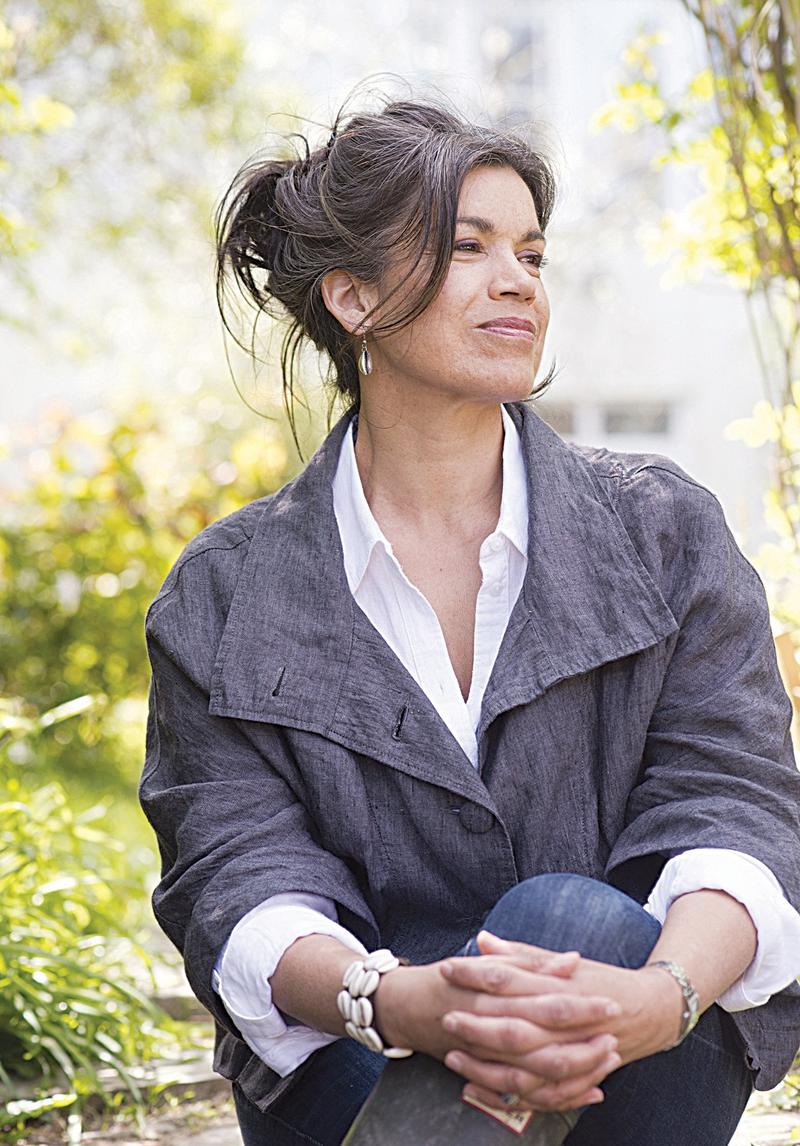 Laline Paull’s novels, The Bees and The Ice, deal with science-based themes and the environment. (PHOTO PROVIDED TO CHINA DAILY) 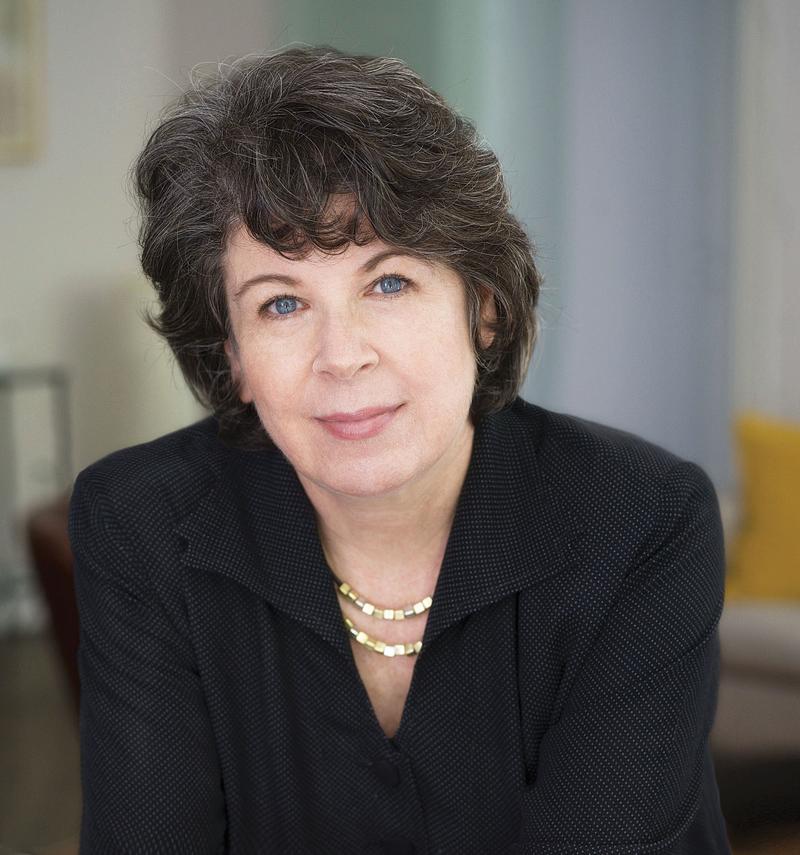 Meg Wolitzer will talk about the gender politics involved in labelling fiction by women as a category distinct from the rest. (PHOTO PROVIDED TO CHINA DAILY)

Indonesian writer Intan Paramaditha, whose collection of short stories Apple and Knife was translated and published in English this year, says that feminism was a theme at two literary festivals she attended this year in Sydney and New Zealand. “We need this heightened visibility, but it’s also important to acknowledge that women in various parts of the world — not just in the West — have organized themselves for decades, and strong feminist writings have existed before #MeToo and the Women’s March,” she says. “We need this momentum to amplify our voice, but we also need to put new feminist articulations in a historical context. There are always traces of other women in our shoes.”

One of Paramaditha’s events is a talk with novelist Jenny Zhang on female bodies and sexuality. “This panel will also delve into the question of the gaze — the question of seeing, which has often been discussed in (the context of) cinema but not so much in literature. What does it mean to see things — bodies, sexuality, politics, nationhood — from the eyes of a woman?” 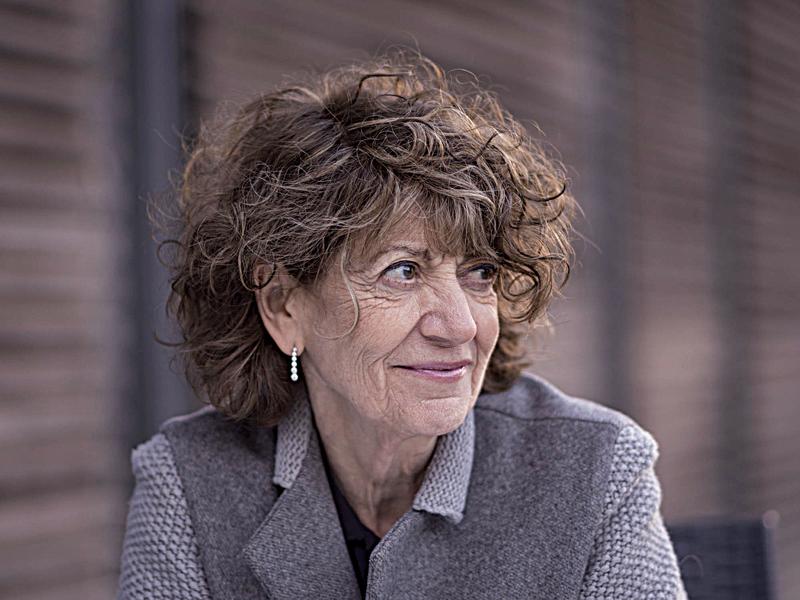 Up, close and personal

Orbach’s second appearance at HKILF coincides with the 40th anniversary of her book, Fat is a Feminist Issue.

“Susie’s Fat is a Feminist Issue reflects on our diet and body-obsessed society. It turns 40 this year and is still in print, proving just how important this dialogue is today,” Milne says.

In addition to a talk on the cult classic, Orbach will discuss her new work, In Therapy: How Conversations with Psychotherapists Really Work.

“It’s about drawing a curtain on therapy and showing people what it’s like rather than the prejudices or imaginations we have about it,” Orbach says.

Orbach links the practice of therapy and feminism. “Feminism has been critical,” she says, adding, earlier therapy sessions were “very authoritarian — a therapist would tell a patient what they thought and it wasn’t very democratic. That’s really changed in the last 40 years and there’s an unrecognized contribution of feminism to the field.” 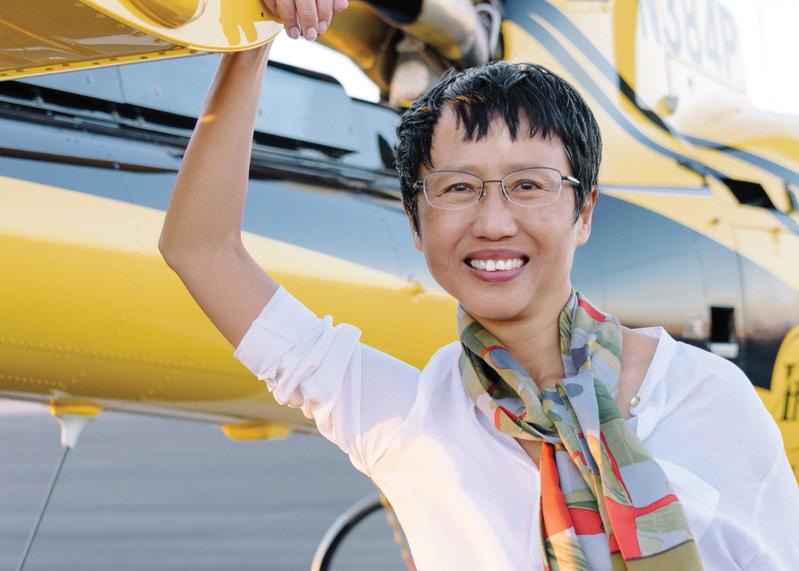 Xu Xi is glad that the subject of male gaze will come up for discussion at Hong Kong International Literary Festival. (PHOTO PROVIDED TO CHINA DAILY) 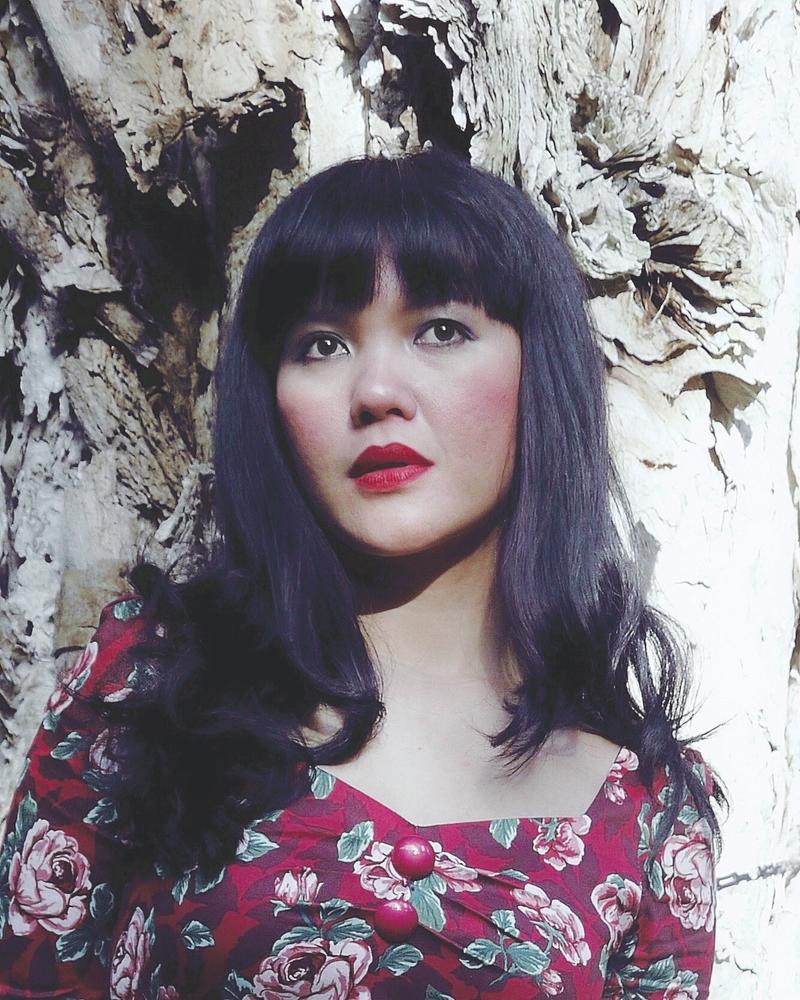 Intan Paramaditha says #MeToo is a fresh articulation of women’s voices raised against gender discrimination in the past. (PHOTO PROVIDED TO CHINA DAILY)

Paramaditha says the participation of a number of female authors at this year’s HKILF presents an opportunity for both audiences and participating writers “to expose ourselves to different contexts of women’s movement, discourses, and feminist literature in various countries. Therefore we will have diverse stories of global feminisms instead of a singular version of feminism.”

Xu Xi too is looking forward to this dialogue. “I’ve never understood why so many women pay so much attention to the male gaze and voice,” she says. “By exploring this theme in the writers and works featured at the festival, I believe it opens up one important aspect of the conversation around women’s lives.”

While audiences expect to come away with insights from an international group of writers, participants too are hoping to gain different perspectives. “The whole thing about literary festivals is that they can surprise you with ideas that grab you,” says Orbach. “Somebody comes in and challenges and encourages you to think differently.”