The city planner as heroic swordsman

Masterstrokes of urban strategy reveal the eye of an artist, the heart of a humanist and the mind of a scientist 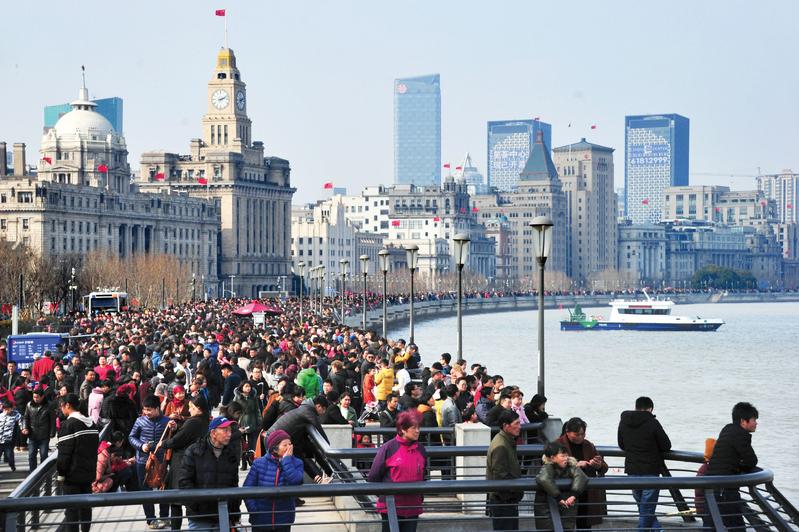 Crowds gather at the promenade on the Bund in Shanghai on the second day of the Chinese Lunar New Year holiday on Feb 17. Good urban planning helped restore Shanghai’s best view for everyone to enjoy. (PHOTO / IMAGINECHINA)

Iliken a skillful planner to a heroic swordsman in a wushu movie. A typical scene from such a movie has many fighters battling one another at once, in a seemingly endless courtyard sequence. Then the hero appears on top of a roof, jumps into the fray and with just one swashbuckling masterstroke, goads all the other fighters into felling one another.

Like that hero’s masterstroke, a planner will know just how, when and where to unleash his most effective urban strategies and designs to solve all relevant problems in a city for the good of its people and their environment.

Now, like a heroic Chinese swordsman, a skillful planner has the eye of an artist, the heart of a humanist and the mind of a scientist.

In the context of urban planning, having the eye of an artist means shaping a city that is not just aesthetically breathtaking but, more importantly, in harmony with nature and the culture and heritage of the city’s inhabitants. I call it romancing the land.

Shanghai is a good example. Its picturesque Bund area used to be overrun by Zhongshan Road, a 10-lane expressway that relegated the city’s pedestrians to underground walkways, thus robbing them of the Bund’s magnificent waterfront scenes. Fortunately, in 1998, Wang Lin, the former director of Shanghai’s Urban Planning Bureau, and her team intervened by diverting six lanes on Zhongshan Road, tucking them underground instead. Wang and her team replaced these lanes with a 50-meter-wide waterfront promenade, restoring Shanghai’s best view for everyone to enjoy.

Their effort complemented Shanghai’s initiative from the 1950s, when it shaped what it calls “15-minute communities” for its residents, by converting more areas in this densely inhabited megacity into public spaces where everyone is free to gather and mingle anytime, and for any other social and recreational activities that promote community spirit.

The humanist heart of a planner, then, requires him to set goals and objectives for the cityscape with the most humane values such as equality, empathy and equanimity.

South Korea’s capital, Seoul, has planners who respond to fundamental human needs and have a long-term vision of how the city’s land might best be used. Seoul, which is this year’s winner of the Lee Kuan Yew World City Prize, also has a far-sighted mayor in Park Won-soon. Park and his planners consult Seoul’s residents regularly for their views on what it is about the city that works, and what else might be done to improve its livability and sustainability.

Their commitment to such a frequent feedback loop, coupled with data-driven solutions, has enabled them to boldly repurpose Seoul’s infrastructure, turning core urban areas into public spaces with few to no vehicles so that its residents can move about more freely and safely. Seoul is a good example of skillfully marrying residents’ feedback with responsible planning parameters.

Planning a city is also akin to assembling a massive machine to run life smoothly. This requires a scientist’s logical mind.

My country, Singapore, has a good example. With strong backing from Singapore’s founding fathers, its government planners and consultants built into Singapore’s concept and master plans Mass Rapid Transit train corridors as early as 1971 — even though Singapore then did not have any money for such an ambitious public transportation project.

Laying the corridor so early — on paper, at least — meant that Singapore’s planners provided for island-wide connectivity in good time. It is crucial for planners to have the long view of a city’s development potential. The mind of a skillful planner has not only logic, but hopeful dreams.

How does a young planner sharpen his eye, soften his heart and strengthen his mind to be like a heroic swordsman? It begins with a disciplined process of planning and design that has several phases, with each phase of equal importance to the success or failure of an urban plan.

The starting point in planning a city is the concept plan, a city’s blueprint for long-term growth and development.

Planners should first articulate clearly and concretely their principles and strategies. These include land division, land use, population distribution and space allocation. Put all these elements into orderly, well-thought-out systems and communities and you have the framework of a robust concept plan and master plan.

Singapore, unlike some cities, has only one master plan for each stage of its development. It also has only one planning agency, the Urban Redevelopment Authority, which has the clear mandate to require all development proposals to comply with the master plan. Such singularity ensures a well-coordinated urban system, and so an orderly, functional city.

A concept plan and master plan, however, only make up a city’s skeleton, and so need fleshing out. Here is where detailed planning comes in, to organize a city’s many subsets methodically. The most effective city has subsets because it is not a stand-alone entity, but a network of interconnected constituents whose interactions have a hierarchy. This is because a city should spread out its total population base lest it run the risk of overpopulation, which would overload its infrastructure.

To use the metaphor of family, a constellation city (that is, one with a population of between 5 and 20 million) is akin to a big family. Its biggest subset (between 2 and 5 million) is its downtown core city, akin to a grandparent. Next in line is its regions (each between 600,000 and 1 million), which are akin to parents. Within these are new towns (each between 150,000 and 300,000), which are like grown-up children. And then there are neighborhoods (between 20,000 and 35,000), or infants.

The best way to distribute facilities such as schools, hospitals and stadiums is according to the population sizes of each of these subsets. Also, the more self-supporting a familial grouping is — with workplaces, shops and eateries at its doorstep — the shorter its commute, thus reducing pollution and traffic congestion. The self-supporting subsets of a city also foster a greater sense of ownership and belonging.

The detailed plan of a city sees to all this, as it includes planning for a city’s economic development, its service industry, as well as the symbols that make up a city’s image — principally its central business district and its industrial areas. Those working on a detailed plan should infuse it with the sense of pride and esteem of a city’s peoples.

The concept plan, master plan and detailed plan make up the overall health of a city.

But beauty is as desirable as health, and here urban design guidelines matter. For this, the planner first designates areas within the city with the potential to contribute the most to a city’s image and development. He then drafts design guidelines to bring about a consistent, unified strategy for conserving the city’s built heritage. The planner should also suggest how old, rundown city quarters might be regenerated and rehabilitated.

After all that planning, a good government will enforce rules and regulations for the development of land parcels according to the gazetted plans. The planners will then work with developers and contractors to transform these land parcels via infrastructural projects, as well as protect or recover green land. The architectural designs that then follow are the fruition of planners’ efforts to shape the city. This is what I believe constitutes intelligent planning.

Over the years, people have asked me: “Given how small Singapore is, how are you able to plan our bigger, and older, cities?” My answer is that good planning is like good grammar — if you have mastered grammar, you can tell any story of any length, anywhere. Similarly, if a planner has mastered planning principles, he will be able to shape cities of any size.

The author chairs the Advisory Board of the Centre for Liveable Cities, a division of Singapore’s Ministry of National Development, which organizes the biennial World Cities Summit. He is also the founder-chairman of architectural and planning firm Morrow. For more information on the summit, go to www.worldcitiessummit.com.sg