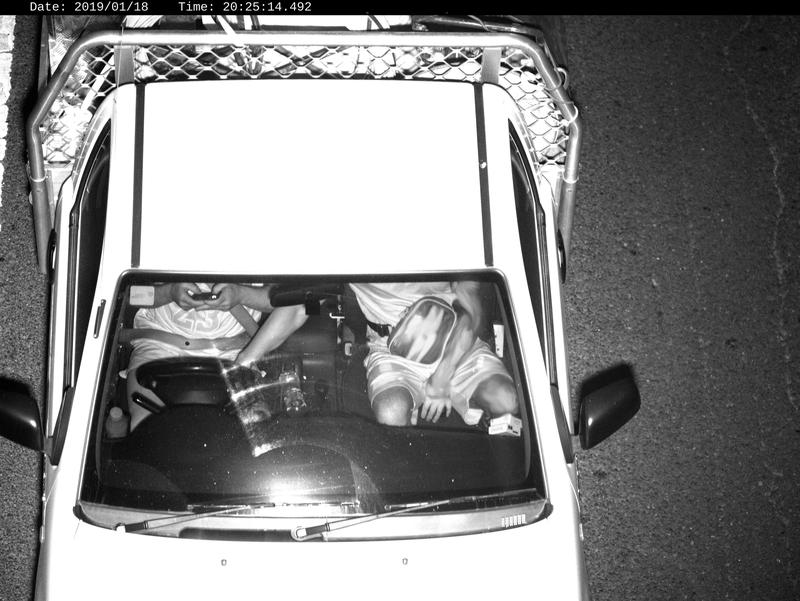 This Jan 18, 2019, photo captured by a Mobile Phone Detection Camera and released by Transport for NSW shows a driver using a mobile phone while driving in Australia. (PHOTO / TRANSPORT FOR NSW VIA AP)

CANBERRA, Australia — An Australian state is attempting to persuade people to put down their smartphones while driving by rolling out cameras to prosecute distracted motorists.

New South Wales Roads Minister Andrew Constance said Monday that Australia's most populous state is the first jurisdiction in the world to use such technology to punish drivers distracted by social media, text messages or phone calls.

"There is no doubt drink-driving as far as I'm concerned is on a par with mobile phone use, and that's why we want everyone to be aware that you're going to get busted doing this anytime, anywhere," Constance told Australian Broadcasting Corp.

The government intends to roll out 45 Mobile Phone Detection Cameras across the state by December, he said.

In fact, each unit contains two cameras. One camera photographs a car's registration plate and a second high-set lens looks down through the windscreen and can see what drivers are doing with their hands.

The units use artificial intelligence to exclude drivers who are not touching their phones. Photos that show suspected illegal behavior are referred for verification by human eyes before an infringement notice is sent to the vehicle's registered owner along with a 344 Australian dollar (US$232) fine. Some cameras will be permanently fixed on roadsides and others will be placed on trailers and moved around the state.

A six-month trial of two fixed cameras this year checked 8.5 million vehicles and detected more than 100,000 drivers with their hands on phones, including one driver who was using a phone and iPad simultaneously. Another driver had a passenger steer while they both held phones, the government said. 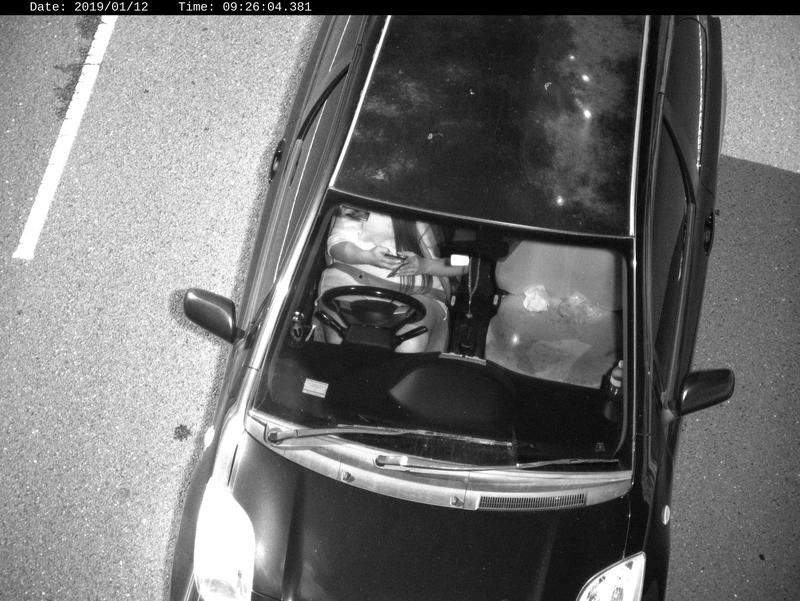 This Jan 12, 2019, photo captured by a Mobile Phone Detection Camera and released by Transport for NSW shows a driver using a mobile phone while driving in Australia. (PHOTO / TRANSPORT FOR NSW VIA AP)

The government wants to expand the program to 135 million checks a year by 2023. New South Wales has 5.2 million registered vehicles.

National Roads and Motorists' Association spokesman Peter Khoury, a leading advocate for road users, accused the government of using stealth to crack down on illegal phone use. While the association supported tougher action against drivers distracted by phones, it wanted signs warning motorists that phone detection cameras were operating in an area, as happens with speed cameras in the state.

Police said more than 16,500 drivers had been fined for illegally using phones so far this year.

Drivers are allowed to use phones in hands-free cradles and through Bluetooth. But it is illegal to touch a phone while driving except to pass it to a passenger. The ban even applies to drivers who are stationary at red lights or stuck in traffic jams.

Constance said his government was relaxing the law to allow drivers to legally pay with their phones at restaurant drive-throughs.