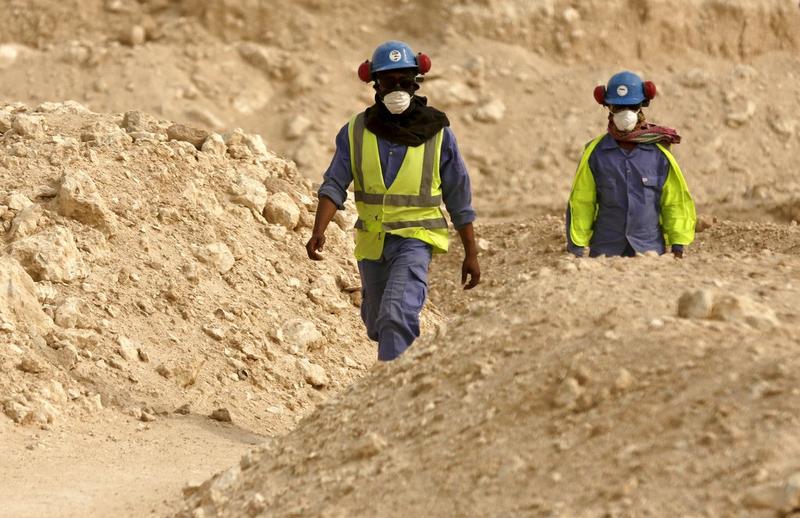 In this file photo taken during a government organized media tour, workers walk back to the Al-Wakra Stadium worksite being built for the 2022 World Cup, in Doha, Qatar. (MAYA ALLERUZZO / AP)

Migrant workers on Qatar's 2022 World Cup building sites are going up to five months without a break, according to an audit that revives concerns about labor conditions.

The report is a snapshot of the conditions for workers on the vast construction project being overseen by a body known as the Supreme Committee. Only 19 of the 208 construction companies were assessed, including 679 worker interviews, while 12 contractors lacked a reliable system to monitor hours, Impactt said.

Three workers for one contractor went without a day off for between 124 and 148 consecutive days. In one extreme case a 402-hour working month was uncovered, 90 over the limit.

The report found 96 percent of new workers were paid an average of US$1,248, with the majority not receiving a receipt, according to interviews with a sample of 24.

Impactt did, though, acknowledge a "new spirit" in Qatar to embrace changes to labor laws, including holding elections for worker welfare forums.