By Chen Jin and Han Linghui and Yu Fei 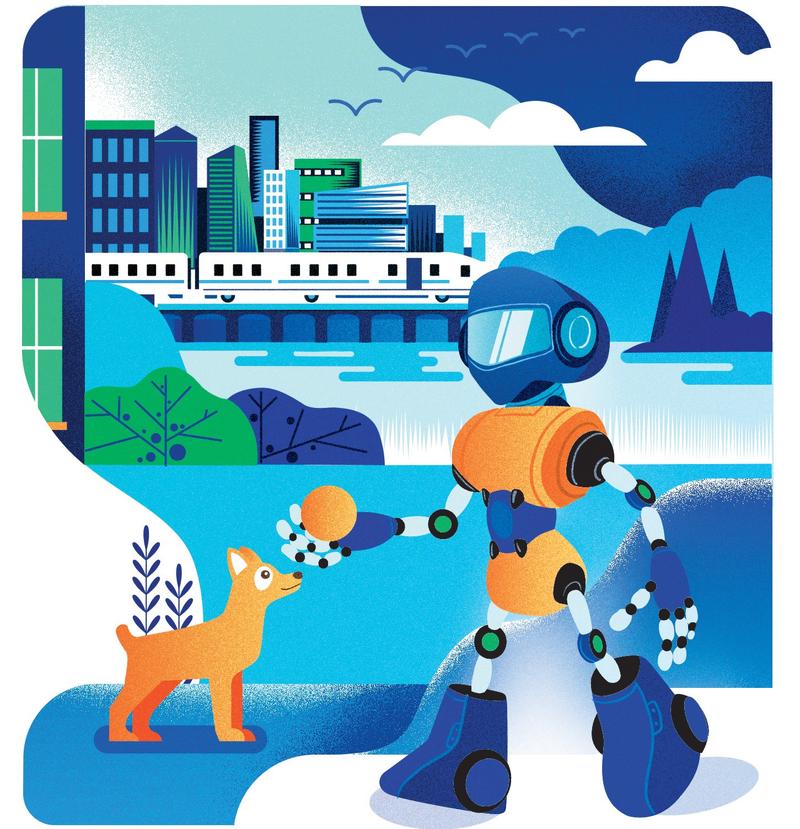 Today, cities are home to 55 percent of the world's population. By 2050, the number is expected to reach 68 percent - that is, 2.5 billion more people would be living in cities. Among countries with the fastest pace of urbanization, China will have another 255 million urban dwellers by 2050.

It is not only an academic premise but also society's shared understanding that cities are the cradle and driving engine of growth and innovation. However, they are facing unprecedented challenges due to the rapidly growing urban population. Finding sustainable solutions to the social, economic and environmental issues, so that cities become better, more livable places, has become an important topic at this moment.

"Smart city" is a widely recognized and adopted solution introduced by IBM in 2008 as part of its "smart planet" campaign. The idea was formed to solve the problems facing cities under the significant pressure of both the financial turmoil and the rapid growth in urban population worldwide. It said that to make the planet smarter, we need an "instrumented, interconnected and intelligent" world with a technological core composed of information and communications technology (ICT), internet of things, and urban informatics.

As cities get smarter, they evolve into more responsive and livable environments for the residents and eventually more prospective settings for businesses to thrive

After a decade of trial and error in adopting the smart city initiative, Chinese researchers and policymakers have gradually reached a consensus that the core of smart city should be the people, and a new smart city strategy is needed to balance away from the current heavy technology-centric focus. A city's smartness is not only about implementing powerful ICT infrastructure or redesigning urban operations. It is also about how data-generated intelligence could empower residents by transforming cities into a more livable environment.

Inspired by both China's innovation-driven growth strategy and the new smart city's people-centric perspective, the "internet of cities" (IOC) is a new theoretical model that uses cloud-computing, data analysis and blockchain technologies, and integrates industrialization, urbanization and IT application to connect the government, industries and the people. It is a theoretical innovation under the framework of "holistic innovation" with three fundamental elements: city net, city brain and city engine.

City net connects the city. It formulates the IOC's technological foundation with an interconnected net of sensors and smart devices through a high-speed communication network. Open data portals powered by cloud computing platforms are also part of the city net, in which every activity leaves a series of data traces that are subsequently captured and stored. Sprawling across the virtual and physical worlds, the city net virtualizes the city in a way to transcend organizational boundaries so that data can flow freely and cultivate innovation.

City brain generates intelligence, enabling cities to see, feel and operate with a strategic view. It is about finding insights in the data ocean captured by the city net and facilitating municipal governments to respond to emergencies, allocate resources, and plan for the future more intelligently. Also, the city brain infuses real-time information into urban residents' daily life and private companies' day-to-day operation so they can make better decisions and actively participate in improving cities' performance. As cities get smarter, they evolve into more responsive and livable environments for the residents and eventually more prospective settings for businesses to thrive.

City engine empowers innovations. With data from the city net and intelligence from the city brain, the public sector can collaborate with both individuals and private companies to innovate, accomplish challenging goals and achieve prosperity in sustainable ways.

As cities grow more complex, it has become increasingly important to find a sustainable way for them to flourish and for urban residents to live a better-quality life. Under the holistic innovation paradigm, the IOC is a theoretical innovation that guides the harmonious integration of urbanization, industrialization and IT application.

Putting the spotlight back on people and using cutting-edge ICT technologies, this new conceptual model emphasizes the critical role of municipal governments as well as the active participation of private companies and individuals in shaping a city's overall performance. We hope it will clear the fog and serve as a beacon for China's future urbanization endeavor.

The authors are research scholars at the Research Center for Technological Innovation, Tsinghua University.