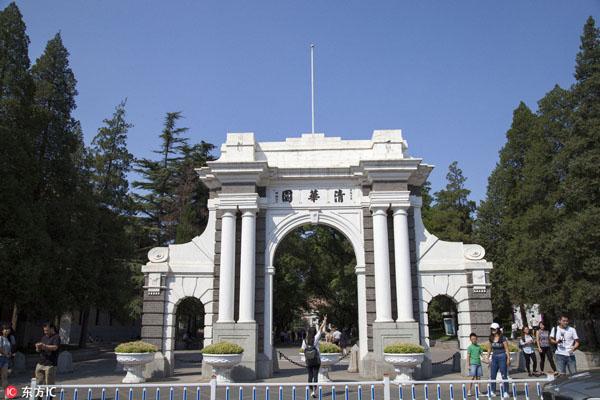 LONDON - Chinese colleges maintained their leading positions in the latest edition of the QS World University Rankings: BRICS, which was released on Wednesday by the QS Quacquarelli Symonds, a British higher education analyst firm.
The table is designed to provide insight into the comparative performance of universities in Brazil, China, India, Russia, and South Africa, or the BRICS nations.
China's Tsinghua University retains the number-one position for the fifth consecutive year since 2013, according to the QS rankings. Tsinghua is followed by Peking University (2nd), Fudan University (3rd), and University of Science and Technology of China (4th).
Russia's Lomonosov Moscow State University is the fifth in the rankings.
In total, 300 universities are ranked, among which 94 are Chinese, more than Russia (68), India (65), Brazil (61), and South Africa (12).

China's Tsinghua University retains the number-one position for the fifth consecutive year since 2013, according to the QS rankings