Indian opposition attacks Modi over alleged political use of military 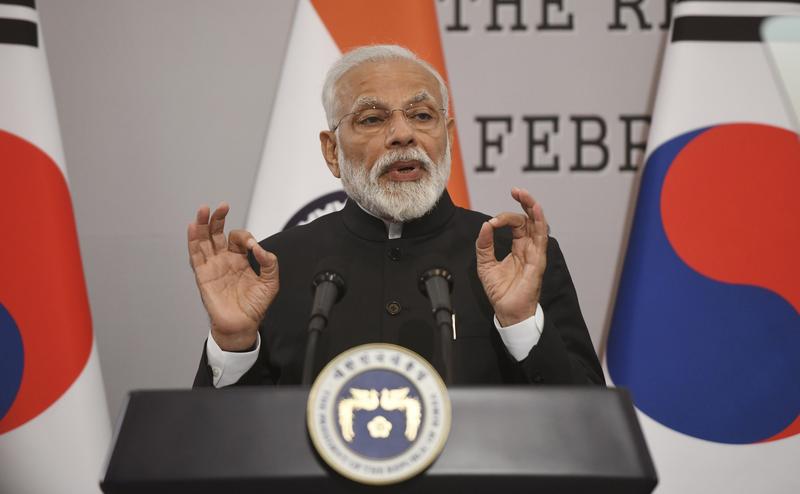 NEW DELHI — Indian opposition parties are launching a united attack on Prime Minister Narendra Modi for what they see as his politicisation of the armed forces as he tries to ride a patriotic wave into a second term in office at a general election.

PM Narendra Modi's policies in Kashmir, claimed by both India and Pakistan but ruled in part, have been harder-line than his Congress predecessors in government

It is a high-risk bet that could backfire given the jingoistic fervour that has overtaken India since a suicide bomber from the Pakistan-based Islamist militant group Jaish-e-Mohammed (JeM) killed 40 paramilitary police in Indian-controlled Kashmir on Feb 14.

Pollsters say opposition parties may be making a mistake by questioning Modi on national security instead of focusing on more basic issues, such as a shortage of jobs and farmers' distress. Voters concerned about those issues ousted Modi's Bharatiya Janata Party (BJP) in three state elections late last year.

But amid mounting doubts about the success of an Indian airstrike on an alleged JeM camp in Pakistan's northeast on Feb 26, the opposition sees Modi as potentially vulnerable over both the government's claims and its behaviour.

"The opposition is coordinating this and talking to each other every day," said Derek O'Brien, a lawmaker from the West Bengal-based All India Trinamool Congress, the third-biggest opposition party in the lower house of parliament.

ALSO READ: Modi pushes quotas ahead of India polls, but where are the jobs?

"The strategy is to first keep exposing them and bringing out the fact that they are trying to appropriate the armed forces. And two, we show that this is being done purely for election purposes."

O'Brien was referring to Modi speaking at a rally with the pictures of the paramilitary police killed in the bombing in the background, as well as a BJP leader in Delhi attending a public event in army fatigues.

The BJP denies the accusations that it's misusing the armed forces for political benefit.

The main opposition Congress party said that most opposition parties - there are more than 20 of them, some caste-based -were on one page in launching a counter-attack on the BJP line that India needs a leader like Modi to take on Pakistan.

"What we are convinced about is that the government is diverting attention from its failures because it saw defeats in the three state elections, and the narrative is against the government," Congress spokesman Sanjay Jha said.

Pollsters say that they expect Modi and the BJP to get a boost from India's aggressive response to the suicide bomb attack. He is seen as decisive and resolute by voters, they say. 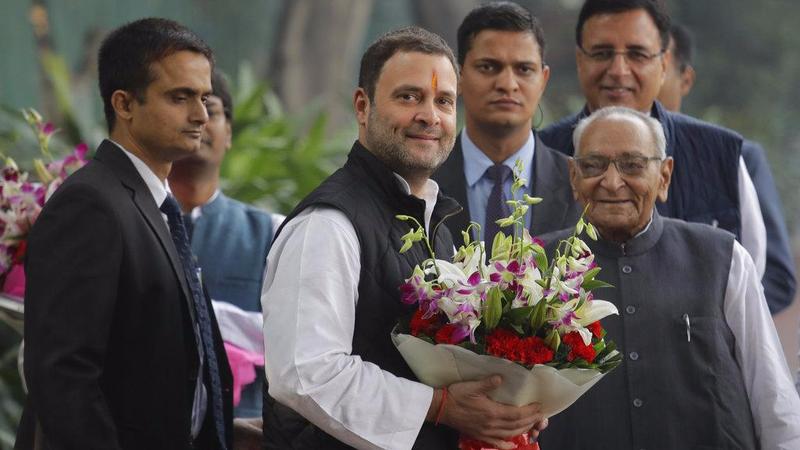 The only problem may come if the government claim - that it killed a large number of Islamist militants in the attack - turns out to be false.

Satellite images reviewed by Reuters indicate that the madrasa and related facilities that were targeted by the Indian air force were not destroyed, and the government has declined to provide evidence to back up its claims.

"We will expose the BJP’s failures, the number of security forces killed, the rise in militancy, and, most important, the elephant in the room that people are not talking about, is Modi’s monumental failure in terms of putting Kashmir in a serious crisis," Congress' Jha said.

Modi's policies in Kashmir, claimed by both India and Pakistan but ruled in part, have been harder-line than his Congress predecessors in government, with greater use of the security forces and fewer attempts to engage with those in the Muslim community who believe in some kind of separatist state.

Since a crackdown was launched on militants in the region after the bomb attack, 15 militants have been killed in six separate gun battles. Twelve Indian security personnel and two civilians have also died during the operations.

In recent days, BJP leaders, and Modi himself, have slammed the opposition for demanding evidence about the success or otherwise of last week's strike. On social media and in political rallies, the BJP has accused Congress and its partners of helping Pakistan by questioning the success of the military strike.

Political strategists and pollsters are convinced that Modi can weather any attacks from the opposition on security issues.

"I'm confident that the opposition will not be able to turn the narrative in its favour on this issue," said Sanjay Kumar, director at think-tank Centre for the Study of Developing Societies that also conducts opinion polls.