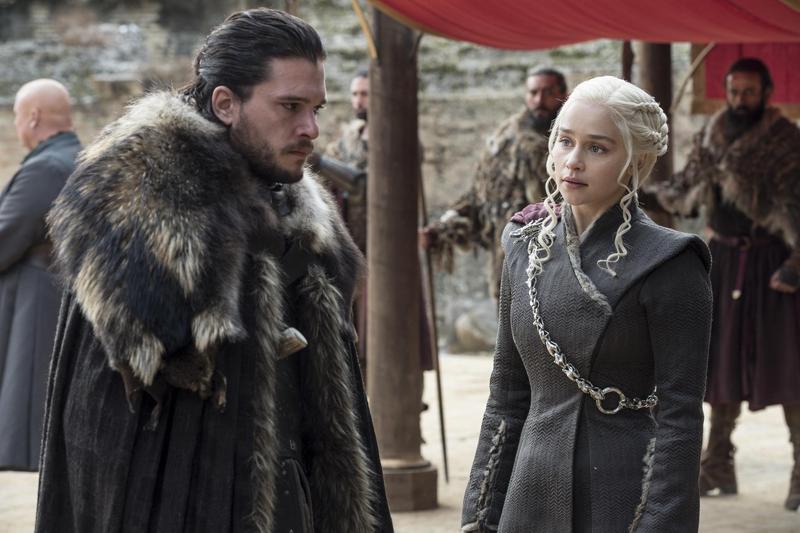 This image released by HBO shows Kit Harington, left, and Emilia Clarke on the season finale of "Game of Thrones." (Macall B. Polay/HBO via AP)

NEW YORK — HBO's "Game of Thrones" set yet another audience record Sunday with its seventh-season finale. Nielsen says an all-time high of 12.1 million viewers were tuned in to the wildly popular fantasy drama. An additional 4 million caught the episode on streaming channels.

This season "Game of Thrones" has regularly ranked as the second-most-viewed series each week among all programs, both cable and broadcast. Its eighth and final season is scheduled to air next year.