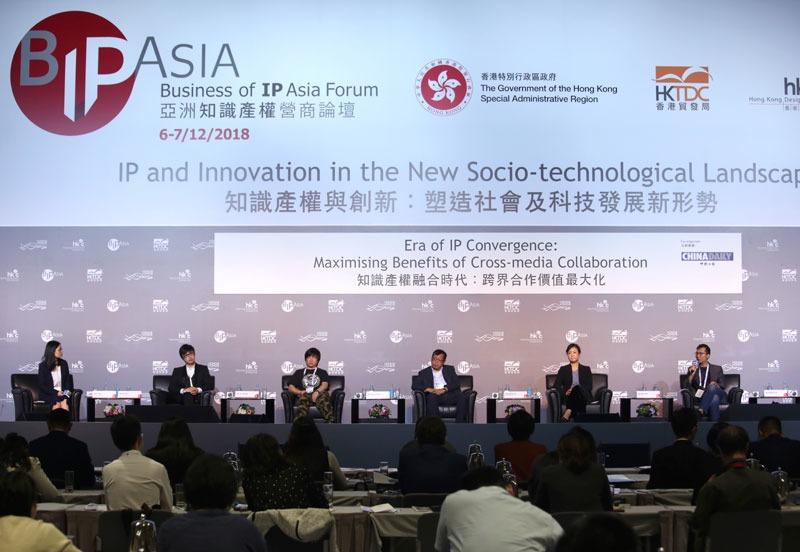 HONG KONG - China's capacity for innovation has been growing remarkably in recent years due to its enhanced efforts for intellectual property (IP) protection, speakers said at the Business of IP Asia Forum opened in Hong Kong on Thursday.

By enhancing IP protection, China is creating an environment conducive to innovation and business and promoting its economic and social development, He Zhimin said

IP protection has become the most important part of China's efforts to improve its property rights protection system, as well as the primary impetus for increasing its economic competitiveness, said He Zhimin, deputy director of China's National Intellectual Property Administration.

By enhancing IP protection, China is creating an environment conducive to innovation and business and promoting its economic and social development, He said, citing the Global Innovation Index (GII) 2018 released in June by the World Intellectual Property Organization (WIPO).

According to the GII 2018, China, whose global ranking rose from the 22th in 2017 to the 17th this year, has become the first middle-income economy on the list of the world's 20 most innovative economies.

Wang Binying, deputy director general of WIPO, said at the forum's plenary session that China's rapid rise in the GII ranking "shows the way for other middle-income economies." 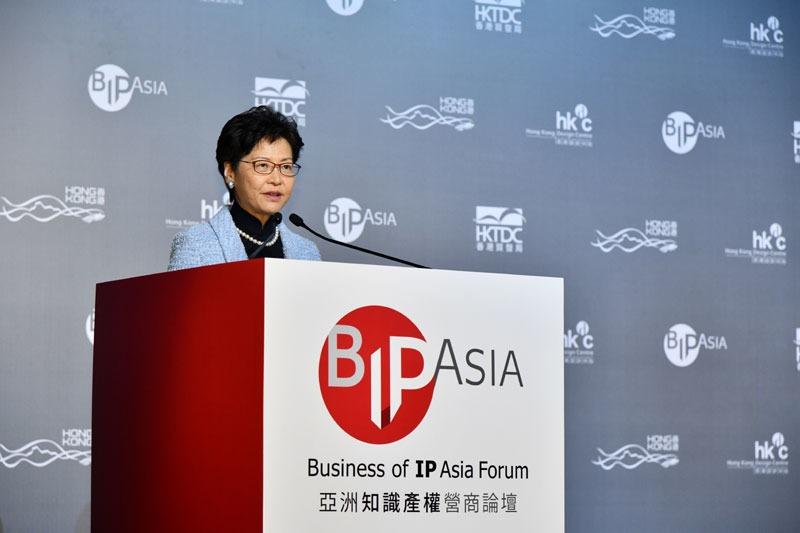 "The essential pairing of IP and innovation is driving business growth and improving quality of life all over the world. That certainly includes China, a rising IP powerhouse," Carrie Lam, chief executive of China's Hong Kong Special Administrative Region (HKSAR), said in her speech at the opening of the forum.

The essential pairing of IP and innovation is driving business growth and improving quality of life all over the world. That certainly includes China, a rising IP powerhouse

Citing statistics released by WIPO, Lam said "China is the driving force for the growth in patent filings, as well as trademark and industrial design applications."

Noting that the number of patent applications from the Guangdong-Hong Kong-Macao Greater Bay Area outnumbered the total number of those filed by the world's three other renowned bay areas, namely Tokyo, New York and San Francisco, Lam described the Greater Bay Area's growth potential for IP creation and trading as "enormous."

The Greater Bay Area development, as well as the Belt and Road initiative, "will give rise to immense opportunities for Hong Kong. They certainly include Hong Kong serving as an IP trading hub for the Asia-Pacific region," she said.

The two-day international forum, on its eighth edition, was jointly organized by the HKSAR government, the Hong Kong Trade Development Council and the Hong Kong Design Center for IP experts, government officials and business sector to share insights on IP development and explore business opportunities.