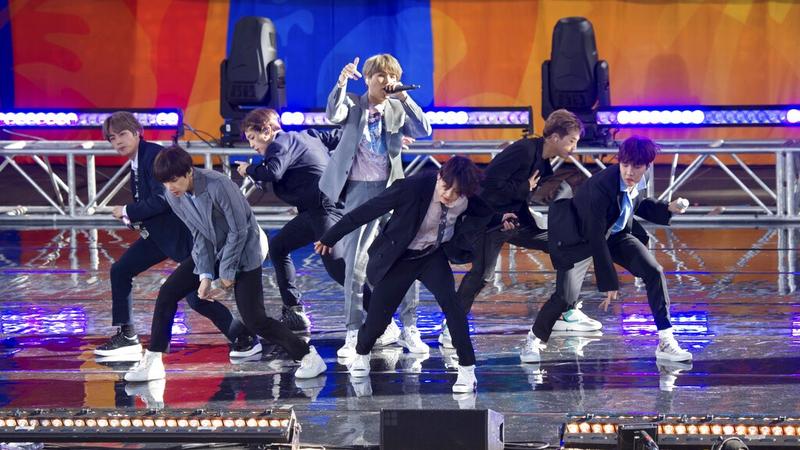 SEOUL, South Korea — K-pop superstar group BTS is taking an extended break to "enjoy the ordinary lives of young people in their 20s, albeit briefly," their agency said Monday.

According to the company's website, BTS is scheduled to perform in Riyadh, Saudi Arabia, and Seoul in October

Big Hit Entertainment said a concert Sunday in Seoul was the group's last scheduled performance before the seven members take "vacations" for the first time since their 2013 debut.

The agency didn't say when BTS will perform again. According to the company's website, BTS is scheduled to perform in Riyadh, Saudi Arabia, and Seoul in October.

"Should you have a chance encounter with a member of BTS while they are on vacation, we ask that you show consideration for their need to rest and enjoy their private time off," the agency said.

BTS has a large international following and was the first K-pop act to debut atop the Billboard Album chart last year with "Love Yourself: Tear."