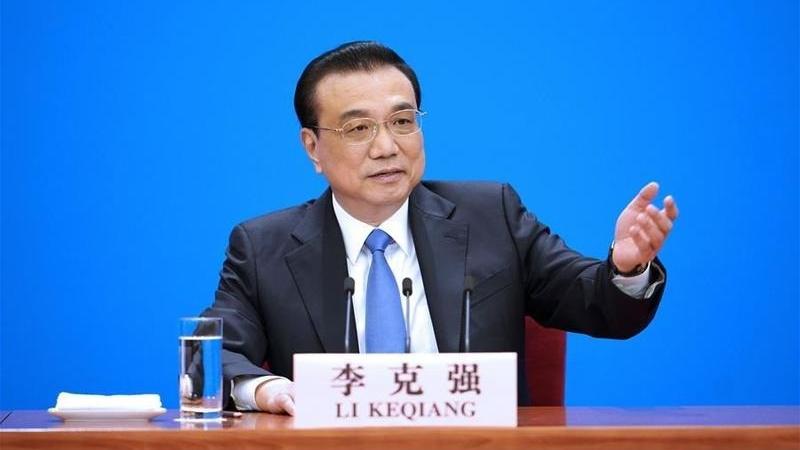 Chinese Premier Li Keqiang meets the press after the conclusion of the second session of the 13th National People's Congress at the Great Hall of the People in Beijing, capital of China, March 15, 2019. (PHOTO / XINHUA)

China will ramp up efforts to reduce financing costs for small and medium-sized enterprises this year, with the government ready to adopt a targeted policy tool to spur lending to small and private firms, Premier Li Keqiang said on Tuesday.

The government will work to cut financing costs for SMEs, which generally are higher than for large companies, by 1 percentage point this year, Li said

In the context of a global slowdown and new downward pressure for the Chinese economy, some small, medium-sized and private companies are faced with challenges in development and even survival, he said.

"We need to take this issue very seriously," Li said as he held a dialogue with representatives from business communities and think tanks attending the three-day Annual Meeting of the New Champions 2019, also known as Summer Davos, which ended Wednesday in Dalian, Liaoning province.

The government will work to cut financing costs for SMEs, which generally are higher than for large companies, by 1 percentage point this year, he said.

Li said the monetary supply is adequate in general, and the key is to ensure that SMEs and private businesses can clearly feel the reduction of financing costs through effective mechanisms.

Li also highlighted the important role of SMEs and private businesses, which account for more than 80 percent of urban employment and 60 percent of the GDP.

China has set a target of reducing the tax burdens on and social insurance contributions of enterprises by nearly 2 trillion yuan (US$290.7 billion) this year.

However, Li said the government is well aware that such measures are not enough.

The government is also considering the issuance of middle-and long-term financing tools to enable small and medium-sized banks to boost lending to SMEs and private businesses and reduce the actual interest rate, he said.

The premier also vowed intensified oversight of the financial sector, saying that more will be done to separate legal and illegal operations in ensuring effective oversight and adequate protection of consumer rights.

"By opening further to foreign investors, we are not just providing them with opportunities to enter the Chinese market. We are also providing opportunities for the financial sector to upgrade and to improve its quality on a level playing field," he said.

A string of measures have also been adopted to crack down on shadow banking and illegal fundraising, Li added.

"We will make China's financial sector more open, and we will make financial regulation more effective," he said.

Tak Niinami, CEO of Suntory Holdings, said on the sidelines of the dialogue that China already has taken steps to open up its financial sector to foreign businesses. "It is evident that the Chinese government has provided a lot of impetus to foreign investment, especially in the financial sector," he said.