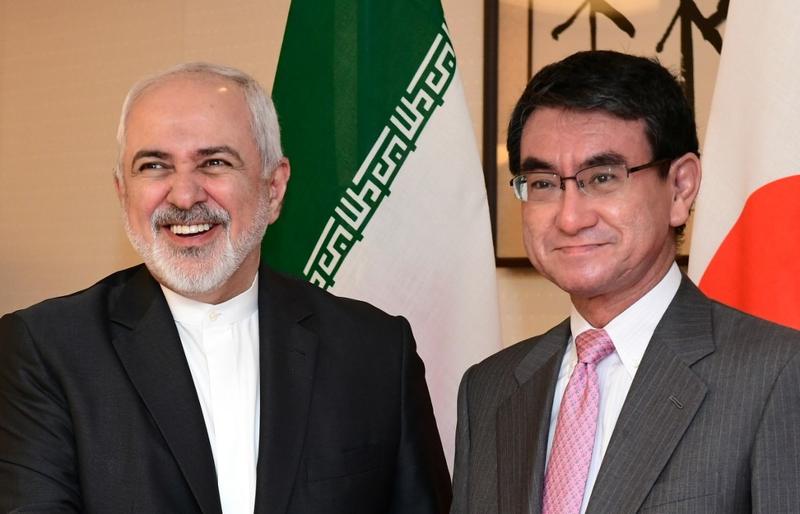 Iranian Foreign Minister Mohammad Javad Zarif (left) and his Japanese counterpart Taro Kono pose for the media prior to their talks at the foreign minister's audience room in Tokyo on May 16, 2019. (KAZUHIRO NOGI / AFP)

TOKYO/MOSCOW — Iran is committed to its obligations under an international nuclear deal despite the US withdrawal from the landmark agreement, its foreign minister said on Thursday, calling the reimposition of sanctions by Washington "unacceptable".

Foreign Minister Mohammad Javad Zarif made the comments in a meeting with his Japanese counterpart in Tokyo as tensions rise in the Middle East, fuelling concerns that the United States and Iran are heading for conflict.

We believe that escalation by the United States is unacceptable and uncalled for.

Iran is exercising "maximum restraint in spite of the fact the United States withdrew from (the) JCPOA last May," Zarif said at the start of his meeting with Japanese Foreign Minister Taro Kono.

ALSO READ: Global worries flare over whether US sliding toward Iran war

He was referring to the Joint Comprehensive Plan of Action signed in 2015 by the United States, Iran and other countries, under which Tehran curbed its uranium enrichment capacity and won sanctions relief in return.

US President Donald Trump withdrew the United States from the nuclear deal last year and is ratcheting up sanctions on Iran, aiming to strangle its economy by ending its international sales of crude oil. Japan was a major buyer of Iranian oil for decades before the sanctions.

An attack on four oil tankers in the Gulf on Sunday, for which no one has claimed responsibility, and Saudi Arabia's announcement on Tuesday that armed drones hit two of its oil pumping stations have raised tensions.

The United States withdrew staff from its embassy in Iraq on Wednesday out of apparent concern about perceived threats from Iran, with US sources saying they believe Tehran encouraged the attacks on the oil tankers.

Trump is sending an aircraft carrier group, B-52 bombers and Patriot missiles to the Middle East to counter what the United States calls a heightened threat from Iran to American soldiers and interests in the region.

"We believe that escalation by the United States is unacceptable and uncalled for," Zarif told Kono in front of reporters before they met privately.

Nevertheless, Iran has relaxed restrictions on its nuclear program and threatened actions that may breach the nuclear deal, although the initial moves do not appear to violate the agreement. 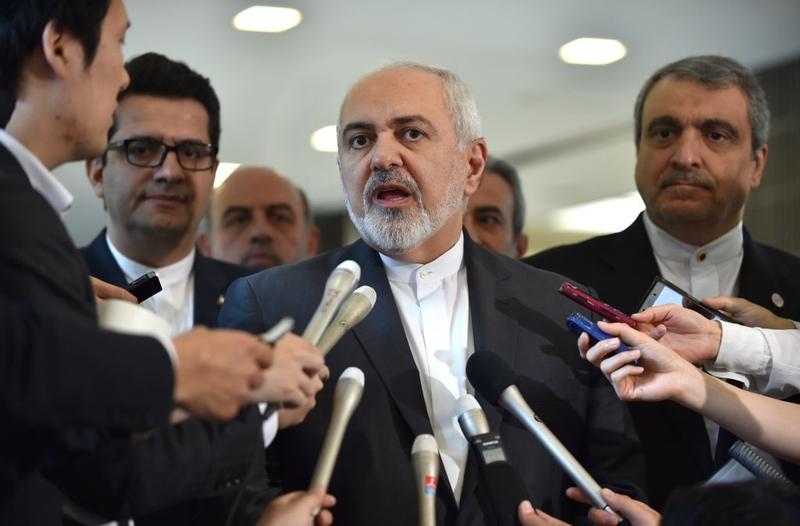 Iranian Foreign Minister Mohammad Javad Zarif (center) answers questions after a meeting with Japanese Foreign Minister Taro Kono (not in frame) at the foreign ministry in Tokyo on May 16, 2019. (KAZUHIRO NOGI / AFP)

"I'm concerned that the situation in the Middle East is becoming very tense," Prime Minister Shinzo Abe told Zarif in a later meeting.

Kono said it was essential to maintain the nuclear agreement and urged Iran to keep implementing it, echoing other countries.

Asian shippers and refiners have put ships heading to the Middle East on alert and are expecting a possible rise in marine insurance premiums after recent attacks on Saudi oil tankers and pipeline facilities, industry sources said on Tuesday.

Deal suspension 'forced by US'

In Russia, the Kremlin said Wednesday that US pressure on Iran has forced Tehran to suspend the implementation of the JCPOA, reports Xinhua.

"We clearly understand that Iran makes these decisions not in an initiative, but responding to the pressure, which in general contradicts the letter and spirit of the JCPOA," Kremlin spokesman Dmitry Peskov told reporters.

In recent weeks, Washington has ratcheted up pressure against Tehran with a series of sanctions, designations and military threats.

In response, Iranian President Hassan Rouhani announced last week his country's withdrawal from complying with the restrictions set by the JCPOA on Iran's enriched uranium reserves and heavy water supplies.