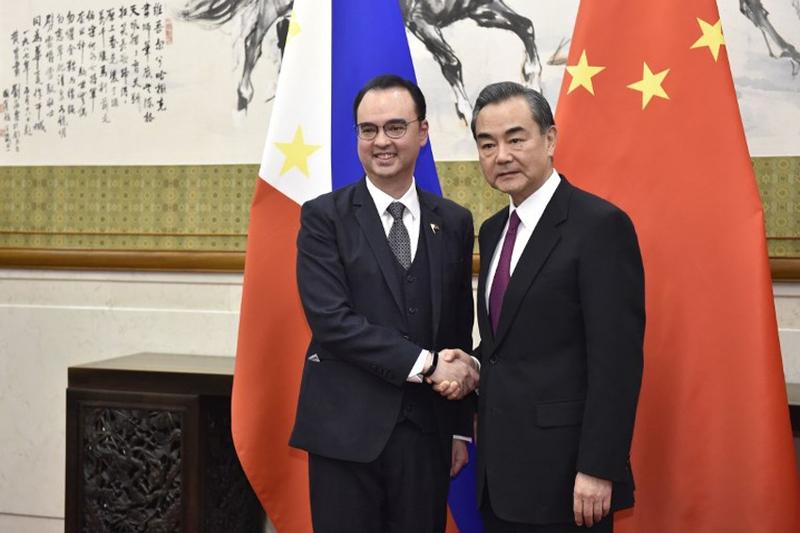 MANILA – Philippine Foreign Secretary Alan Peter Cayetano said on Tuesday that the single negotiating text draft of the Code of Conduct (COC) in the South China Sea recently reached by China and ASEAN is "already a breakthrough."

Having a single draft is already a breakthrough. The ASEAN member states and China see eye to eye in the need for an effective code of conduct

The foreign ministers from the Association of Southeast Asian Nations (ASEAN) and China agreed at their meeting in Singapore last week on a single draft document that will form the basis of the negotiations of COC.

"Having a single draft is already a breakthrough. The ASEAN member states and China see eye to eye in the need for an effective code of conduct," Cayetano said.

Cayetano said the timeline for the formal negotiations is still being discussed.

The Philippine foreign affair chief also declined to reveal details contained in the draft citing the sensitivity of the negotiations.

He said no one is expecting the negotiations to be easy "but everyone is looking forward to the day that we can actually sign" the code of conduct.

The ASEAN member states and China had agreed on a single draft COC negotiating text at an ASEAN-China senior officials' meeting on the implementation of the Declaration on the Conduct of Parties in the South China Sea in Changsha, China, on June 27.

China and ASEAN states signed the Declaration on the Conduct of Parties (DOC) in the South China Sea in 2002. The DOC outlines the most important principles in the South China Sea, and consultations for the COC were launched by the two sides in 2013. Both are aimed at safeguarding peace and stability in the region.

Cayetano also said Tuesday that the plan of China and the ASEAN to conduct a joint maritime exercise in the South China Sea "is very important" to the region.

"The exercise is important," Cayetano told Xinhua at a press conference.

"It's very important that there are joint military exercises if only to prevent accidents and for military-to-military relations to grow so that we can talk to each other better," Cayetano said.