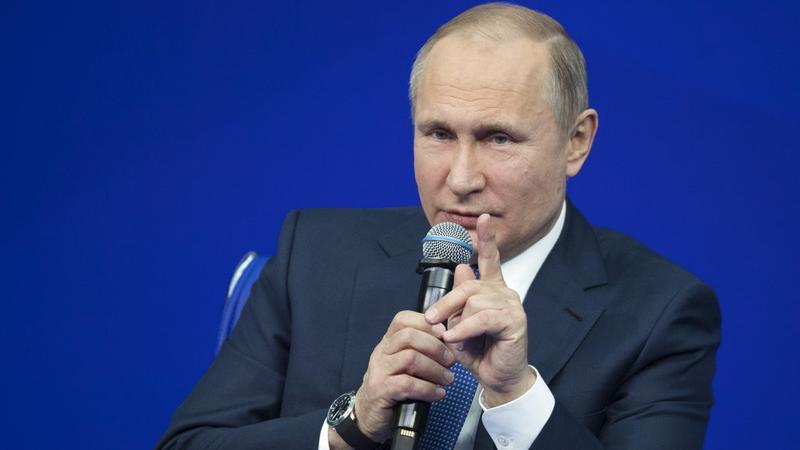 Russian President Vladimir Putin gestures while speaking during a meeting with his supporters in Moscow, Russia, Jan 30, 2018. (PAVEL GOLOVKIN / AP)

MOSCOW - Russian President Vladimir Putin said in a statement on Saturday that the strike launched by the United States and its allies was "an act of aggression" against a sovereign state and Russia strongly condemns it.

Earlier Saturday morning, the US, in cooperation with Britain and France, attacked Syrian military facilities reportedly related to Syria's chemical weapons capabilities to retaliate for the alleged use of chemical weapons by Syrian troops early the month in an attack on the rebel-held town of Douma near the Syrian capital Damascus.

"I overtly declare that the presidents of the United States and France and the premier of Britain have committed crimes (in Syria) and are criminals," Khamenei said in a meeting with Iranian officials and the ambassadors of Islamic states, reported the khamenei.ir website, affiliated to the leader's office.

ALSO READ: China calls for calm and restraint over Syria

Meanwhile, NATO has expressed support for the strike, calling it essential to enforce the Chemical Weapons Convention.

NATO Secretary-General Jens Stoltenberg said the international community should have a collective and effective response to the recent use of chemical weapons in Syria.

"I support the actions ... This will reduce the regime's ability to further attack the people of Syria with chemical weapons," he said, adding that NATO considered the use of chemical weapons as a threat to international peace and security. 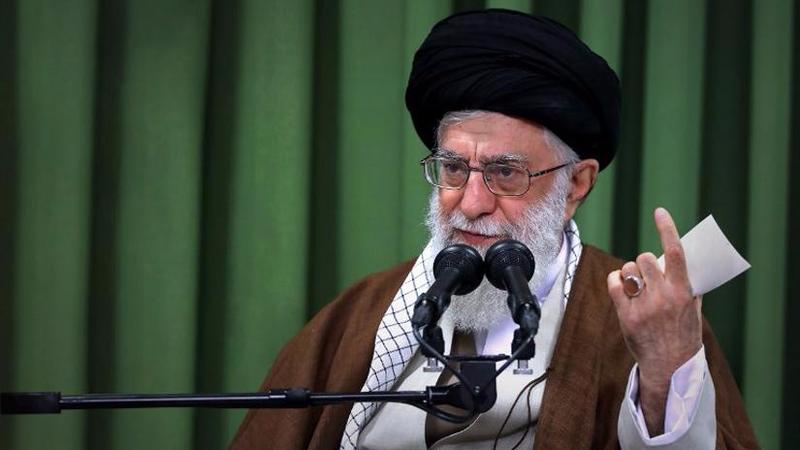 A handout picture provided by the office of Iran's Supreme Leader Ayatollah Ali Khamenei on Oct 18, 2017 shows him meeting with Iranian students in the capital Tehran. Khamenei has said on Nov 2, 2017 that Tehran would never succumb to Washington's pressure over a multinational nuclear deal. (HO / IRANIAN SUPREME LEADER'S WEBSITE / AFP)

"The use of chemical weapons is unacceptable, and those responsible must be held accountable," he said in a statement.

I support the actions ... This will reduce the regime's ability to further attack the people of Syria with chemical weapons

Israel on Saturday lauded the joint airstrikes as an "appropriate" response to the alleged gas attack in Syria.

"Last year, (US) President (Donald) Trump made it clear that using chemical weapons crossed a red line. Tonight, led by the Americans, the US, France and Britain acted appropriately," an Israeli official said on condition of anonymity in a statement issued in Jerusalem.

The statement also accused Syria of providing military bases for Iran, putting its "territory, forces and leadership in danger." Iran has been regarded by Israel as its arch enemy in the region.

Saturday is Israel's Sabbath, or the Jewish day of rest, when Israeli Prime Minister Benjamin Netanyahu generally refrains from making official statements in his name.

Activists and rebels in Syria claim that Syrian government forces used chlorine gas on April 7 in their attack against Douma, a town near Damascus held by rebels.

Ahead of an impartial investigation by the Organization for the Prohibition of Chemical Weapons, the United States, Britain and France joined the chorus, accusing the Bashar al-Assad government of using chemical weapons.

Syria denies the allegations, saying the West is simply seeking an excuse for military intervention.