Bringing the history of Shanghai university museums to the world 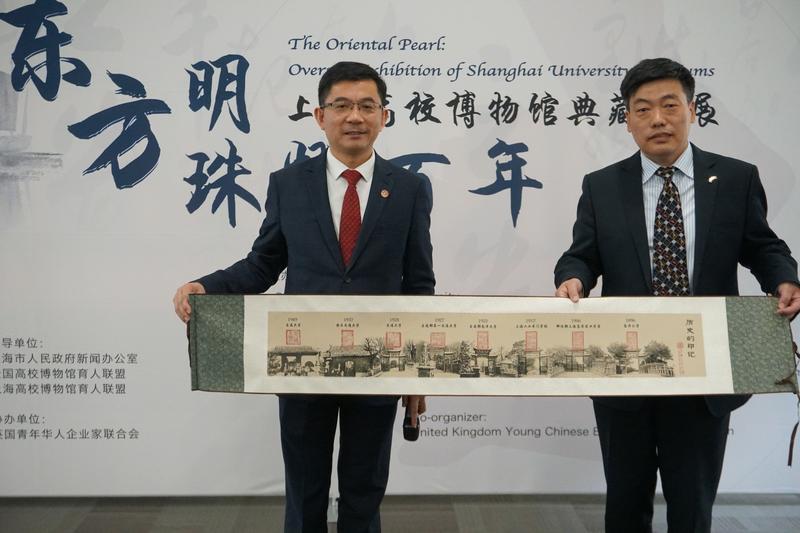 Exhibits include a Chinese painting that records the evolution of the Shanghai Jiao Tong University. (PHOTO / CHINA DAILY)

An exhibition about the history of Shanghai university museums was held at the University of Manchester in the United Kingdom from July 18 to 22.

"The exhibition acts as an open and diverse platform to boost cultural exchanges between Shanghai and Manchester, and to bring Chinese culture to the world."

Hu Hao, director of the publicity department of the Party Committee at Shanghai Jiao Tong University

"The exhibition acts as an open and diverse platform to boost cultural exchanges between Shanghai and Manchester, and to bring Chinese culture to the world," says Hu Hao, director of the publicity department of the Party Committee at Shanghai Jiao Tong University, the organizer of the exhibition.

Hu says that cooperative ties between China and the UK are vital, and expresses the hope that the British people will learn more about Chinese culture through the exhibition.

The exhibits include objects related to shipping, literature, art, calligraphy, textiles and traditional opera. Exhibits from the Qian Xuesen Library and Museum at Shanghai Jiao Tong University, for instance, offer visitors a deeper insight into Qian Xuesen's life by displaying the suitcase he used for 40 years and showing a selection of his famous academic works. 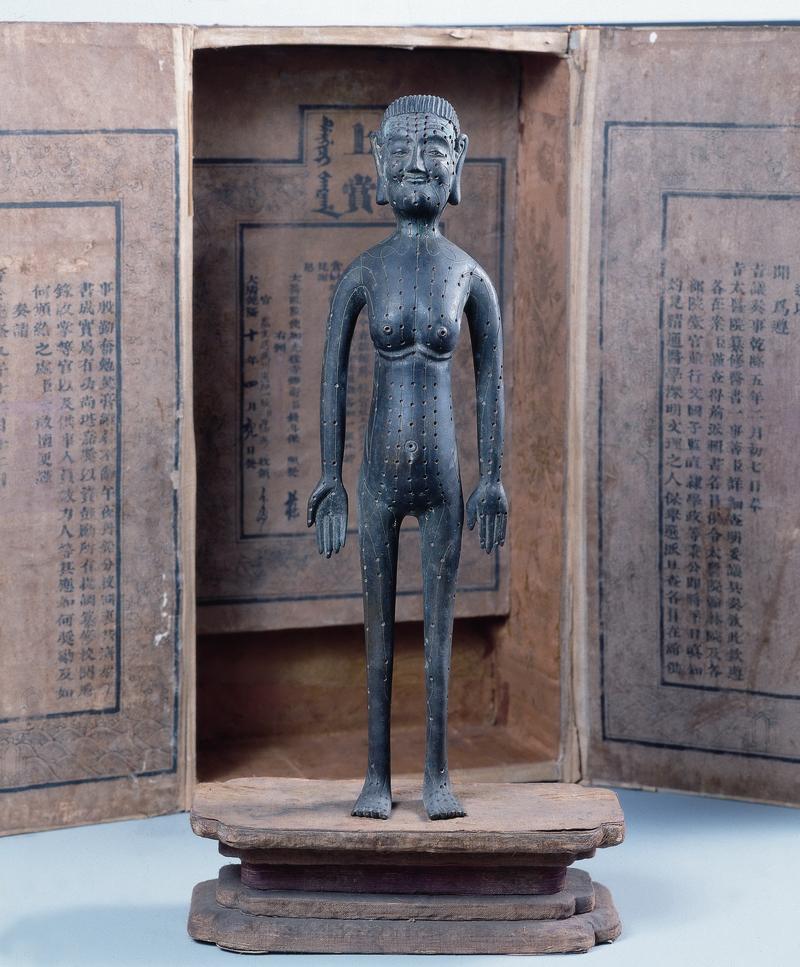 Exhibits include a bronze figure marked with acupuncture points kept at the Shanghai Museum of TCM. (PHOTO / CHINA DAILY)

Qian was a Chinese scientist recognized as the "father of Chinese aerospace" for his efforts in establishing China's ballistic missile program.

Visitors also get the chance to see a Qing Dynasty (1644-1911) imperial bronze acupuncture figure, which was part of the exhibits from the Shanghai Museum of TCM, a museum at the Shanghai University of Traditional Chinese Medicine.

Bronze acupuncture figures were created during the Song Dynasty (960-1279) to educate people about acupuncture.

Fan Yingjie, deputy consul general of the Chinese Consulate General in Manchester, says that he expects more collaboration between universities in Shanghai and the UK.

"Shanghai is such an attractive and fascinating city, and so are the collections in the Shanghai university museums," says Julis King, one of the visitors at the exhibition. 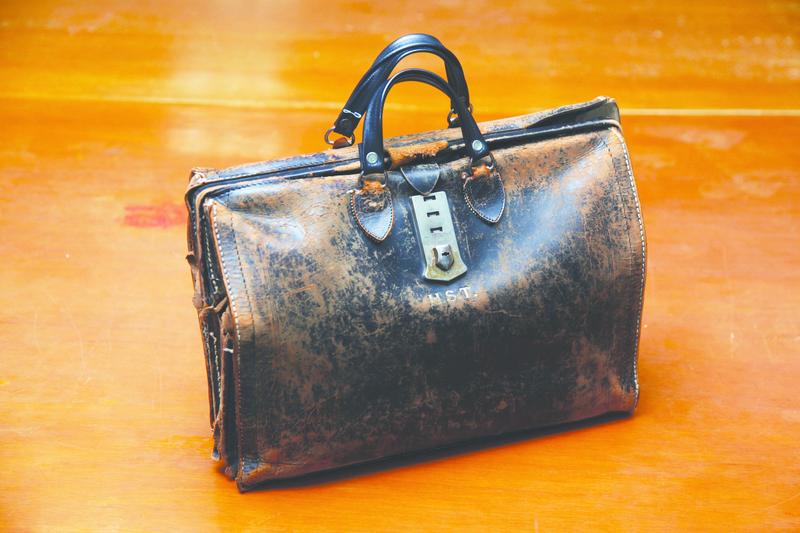 A staff member of the University of Manchester says he believes this exhibition will open the door to greater cultural exchanges between universities in Shanghai and Manchester, as well as lay a good foundation for further dialogue in the future.

A junior student from the University of Manchester says that he hopes to go to China to see the splendid artifacts someday.

According to the organizer, the exhibition will be held in Singapore in September.