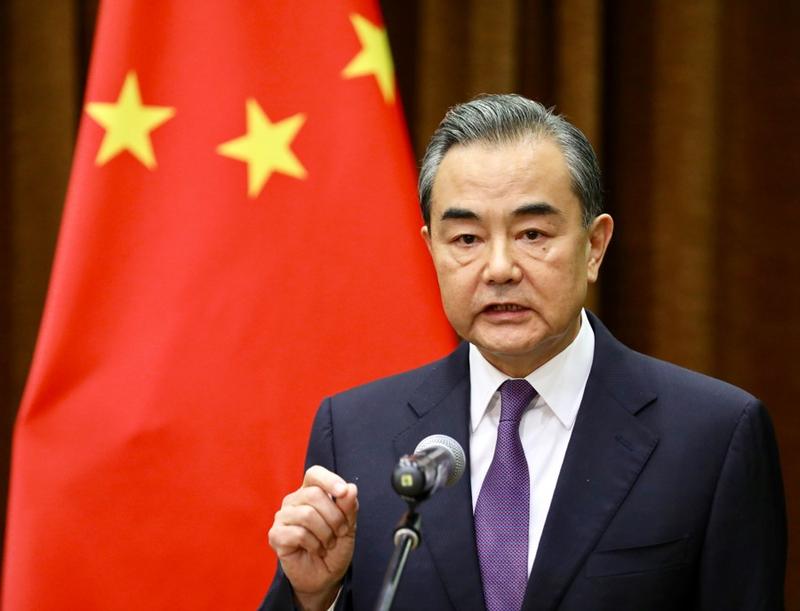 BEIJING - China welcomes and supports the achievements of the meeting between the leaders of the Democratic People's Republic of Korea (DPRK) and the United States, as Foreign Minister Wang Yi called on both countries to reach basic consensus on denuclearizing the Korean Peninsula.

According to a Chinese Foreign Ministry statement Tuesday, the meeting yielded positive achievements, which was important progress in promoting denuclearization of the Korean Peninsula and the political settlement process.

China welcomed and supported the meeting, which was a goal that China had always expected to achieve, Wang Yi said

China highly appreciates the political decisions made by the leaders of the two countries, and applauds the efforts made by relevant parties to make the meeting a success, read the statement.

"To achieve denuclearization, to end the hostility and confrontation lasting for more than 60 years, and to pursue lasting peace and prosperity of the peninsula and the region are in line with the development of the times and are the universal voice of the international community. The meeting and its achievements are an important step toward these goals."

China had made unremitting efforts in pursuing denuclearization, maintaining peace and stability of the peninsula, and resolving the problem through dialogue and consultation, the statement read.

"We wish and support the two sides to implement the consensus reached by the two leaders, promote follow-up consultations, further consolidate and expand the achievements, and make the political settlement of the peninsula issue a sustainable and irreversible process," it read.

"As a neighbor of the peninsula and an important party of the issue, China stands ready to work with other relevant parties toward denuclearization and the establishment of a peace mechanism on the Korean Peninsula."

State Councilor and Foreign Minister Wang Yi on Tuesday called on the leaders of the two countries to reach basic consensus on denuclearizing the Korean Peninsula and establishing a peace mechanism.

Wang told reporters that the world is focused on the ongoing meeting between DPRK's top leader Kim Jong-un and US President Donald Trump in Singapore.

Noting the past confrontations between the two countries for more than half a century, Wang said it was of great and positive significance that the two leaders sit together and have equal dialogue, which was making new history.

China welcomed and supported the meeting, which was a goal that China had always expected to achieve, Wang said.

"We hope that the two leaders will work to eliminate barriers, build mutual trust, overcome difficulties, and reach basic consensus and make substantive progress in promoting denuclearization and establishment of a peace mechanism on the Korean Peninsula," he said.

Wang called on relevant parties to make efforts on these goals, stressing that China would continue to play a constructive role.

In a statement released Tuesday, the Chinese Foreign Ministry said China welcomes and supports the achievements of the meeting between the leaders of the DPRK and the United States.