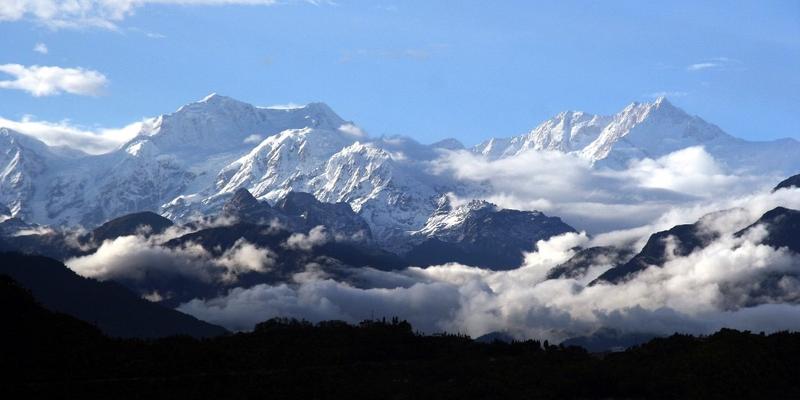 In this 11 May, 2007 photo taken from Kaluk Bazaar in the Indian state of Sikkim, shows a view of Mount Kanchenjunga. (DIPTENDU DUTTA / AFP)

KATHMANDU, Nepal — Two Indian climbers on Nepal's Mount Kanchenjunga fell sick and died during attempts to rescue them while a Chilean climber is missing, an expedition organizer said Thursday.

The climbers identified as Biplab Baidya, 48, and Kuntal Kanrar, 46, fell ill just below the 8,586-meter summit

Pasang Sherpa of Peak Promotion in Kathmandu said one of the Indian climbers had scaled the world's third tallest peak while the other was on the way up but fell sick and died.

They were believed to be suffering from high altitude sickness and had frostbites, he said.

The climbers identified as Biplab Baidya, 48, and Kuntal Kanrar, 46, fell ill just below the 8,586-meter summit and attempts were being made to bring them to a lower camp from where they would have been picked by a rescue helicopter.

Other details were not available but Sherpa said attempts would be made to bring their bodies down — a difficult and exhausting task because of the steep icy slope and low levels of oxygen.

Chilean Rodrigo Vivanco has been reported missing around the same area since Wednesday. Sherpa said they were searching for him.

Hundreds of foreign climbers and their guides attempt to scale high Himalayan peaks during the popular spring climbing season in Nepal that begins around March and ends this month.