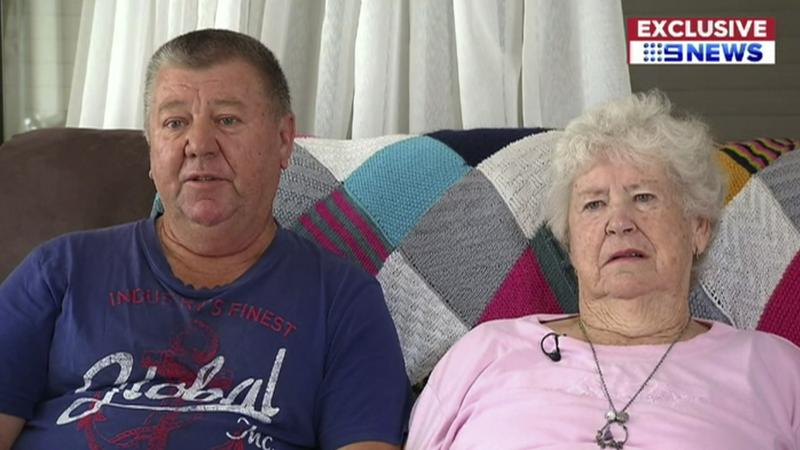 In this image made from a video, a woman and a man who Australia's Nine Network television says are a grandmother and an uncle of Brenton Harrison Tarrant, the Australian man accused of carrying out the mass shootings at two New Zealand mosques, are interviewed in Grafton, New South Wales, Australia, March 17, 2019. (PHOTO / CHANNEL 9 / AP)

MELBOURNE/WELLINGTON — A grandmother of the Australian man suspected of killing 50 people in two New Zealand mosques said she was "just devastated" for the dead and injured.

Brenton Tarrant, a suspected white supremacist, was charged with murder and is due back in court on April 5

Speaking publicly for the first time in their home town of Grafton in the Australian state of New South Wales after the killings, 28-year-old Brenton Tarrant's grandmother Marie Fitzgerald expressed her sorrow, as did his uncle Terry Fitzgerald.

Tarrant, a suspected white supremacist, was charged with murder on Saturday and is due back in court on April 5. Police said he was likely to face further charges.

"We're so sorry for the families over there, for the dead and the injured. I can't think nothing else," his uncle said on Australia's Channel Nine television late on Sunday.

Tarrant's grandmother said she was "gobsmacked" when she first saw the news on television last Friday.

She said in high school, Tarrant had spent most of his time playing games on computers and learning the ins and outs of computers.

In a document published online, Tarrant said he received "little education during my schooling, barely achieving a passing grade", skipping university to work and deal in cryptocurrency, which he said was profitable.

He then travelled extensively, including through Western Europe, Turkey and Bulgaria, between 2016 and 2018.

"It's only since he traveled overseas I think that that boy has changed completely to the boy we knew," she said.

He visited Grafton a year ago for his sister's birthday celebration and was "his normal self", she said, further adding "now everyone's just devastated".

Police on Monday said they had executed two search warrants in towns on the New South Wales mid-north coast related to the investigation into the mass shootings.