Peacekeeping: UN members owe US$2b in debt, US a third 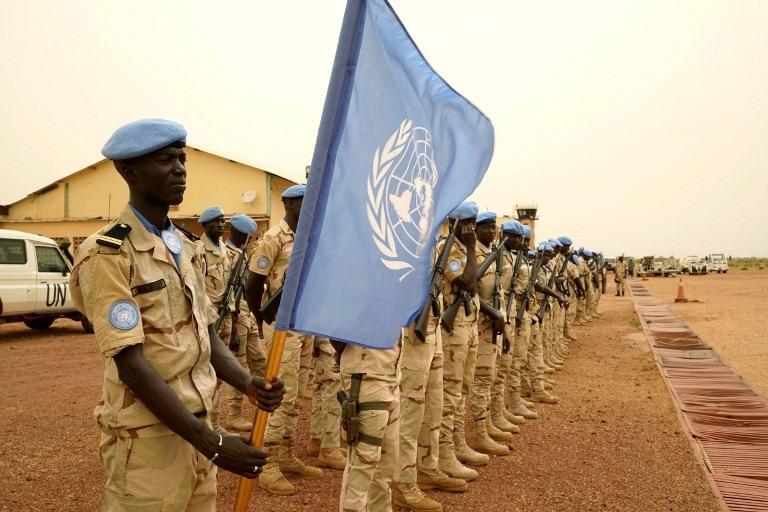 Senegalese peacekeepers belonging to the MINUSMA (The United Nations Multidimensional Integrated Stabilization Mission in Mali) line up ahead of the arrival of UN Secretary-General Antonio Guterres in Sevare, May 30, 2018. (SEBASTIEN RIEUSSEC / AFP)

UNITED NATIONS — UN member states owe nearly US$2 billion in peacekeeping funds, United Nations chief Antonio Guterres has warned, with the United States responsible for more than a third of that.

"Active peacekeeping missions are soon expected to face liquidity gaps due to late payments and increasing arrears," Guterres wrote in a Jan 11 letter to the 193 member states. "Arrears are nearing US$2 billion and are likely to keep growing."

Guterres also said that while 152 members had paid in full what they owed for a separate UN regular budget in 2018 — a record — more than US$528 million was still outstanding.

The United States owed US$381 million to the regular budget as of Jan 1 and some US$776 million to the peacekeeping budget, UN officials said, figures the US mission to the UN confirmed.

US President Donald Trump says Washington is shouldering an unfair burden of the cost of the United Nations and pushed for the world body to reform operations.

In December, the UN General Assembly agreed what percentage of the regular and peacekeeping budgets each country would pay for the next three years.

The US contribution to the regular budget is already limited to 22 percent and Washington unsuccessfully pushed to cap its peacekeeping contribution at 25 percent — as required by US law — instead of more than 28 percent.

"The lack of agreement on a 25 percent ceiling will cause the organization to continue to face a three percent shortfall in its peacekeeping budget," Cherith Norman Chalet, the US envoy for UN Management and Reform, told the UN budget committee Dec 22.

This amounts to some US$200 million, diplomats said. The United Nations has 14 peacekeeping operations, half of them in Africa.

Some troop contributing countries "are owed amounts equivalent to their annual assessed contributions for 100 years. Some even more," he tweeted on Wednesday.

The top contributing countries are Ethiopia, India, Bangladesh, Nepal and Rwanda. They pay their troops according to their national salary scales and are reimbursed by the UN. As of July 2018, the UN paid US$1,428 a month per soldier.

The United Nations says its peacekeeping operations cost less than half of 1 percent of world military expenditures.