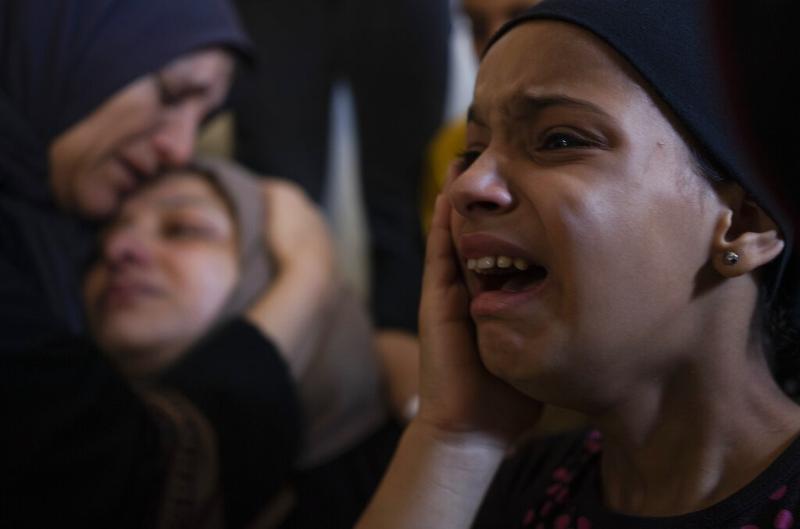 Relatives mourn the death of the Palestinian teenager, Iyad al-Rabiel, 14-year-old, who was shot and killed by Israeli troops during Friday's protest along the Gaza Strip's border with Israel, in the family home during his funeral in Gaza City, Sept 7, 2019. (KHALIL HAMRA / AP)

GAZA CITY — Israeli aircraft hit several military targets for Gaza's Hamas rulers late Saturday after militants used a drone to drop a bomb on the Israeli side of the Gaza-Israel perimeter fence.

The Israeli military said the targets included "offensive military equipment and two military sites" for the Islamic group's aerial unit, which it said was responsible for the drone attack.

There were no reports of Palestinian casualties.

Earlier in the evening, Israeli Prime Minister Benjamin Netanyahu had threatened Hamas with a "vigorous response" for the drone attack.

This appeared to be the first attempt to carry out an attack with a drone piloted from Gaza. The Israeli army said the drone released "what seems to be an explosive device" and lightly damaged an army vehicle near the fence.

Netanyahu is in the midst of a reelection campaign, with less than two weeks before a do-over vote after he failed to secure a parliamentary majority in April's election.

"Hamas is responsible for everything coming out of Gaza and all attacks will be met with a vigorous response," Netanyahu said in a statement. 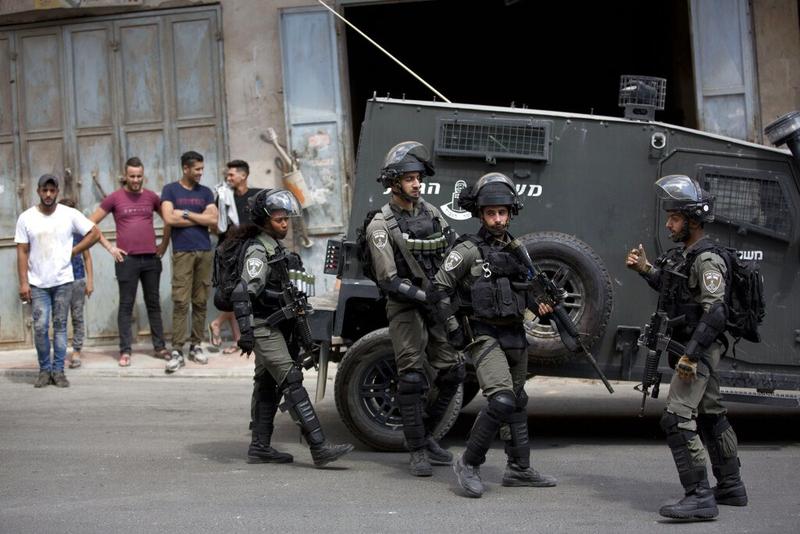 Hamas, which has run Gaza since 2007, is known to be developing a drone program and has used it before for reconnaissance missions over the frontier and into Israel.

Also Saturday, an Israeli father and son were stabbed near the town of Qalqilya in the northern West Bank. Israeli medical services said the 17-year-old was in a serious but stable condition. The military said that the pair was attacked by a Palestinian and that soldiers were in pursuit.

On Friday, Israeli forces fatally shot two Gaza teenagers during regular weekly protests along the volatile perimeter fence. Militants in Gaza fired five projectiles into Israel in an apparent response to the deaths.