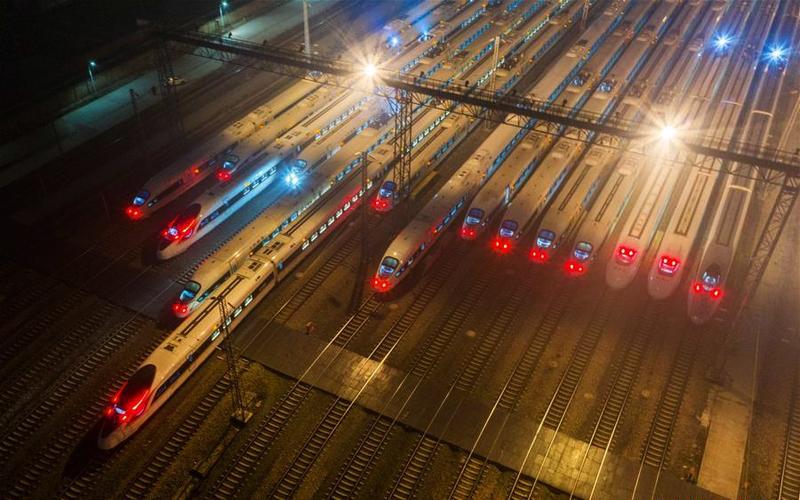 BEIJING – China's transport authorities are busy getting ready for the Spring Festival travel rush beginning Monday, with 3 billion trips expected to be made.

From Jan 21 to March 1, total trips are expected to rise 0.6 percent compared with the travel rush last year, with an 8.3-percent increase in railway trips and 12-percent hike in air trips.

To deal with the air traffic pressure, the Civil Aviation Administration of China (CAAC) has planned to expand domestic flights in 10 large airports including Shanghai Pudong International Airport, according to Dong Zhiyi, deputy head of the CAAC.

At the same time, the aviation authority plans to schedule 532,000 flights during the travel rush, an increase of 10 percent year on year.

To enhance railway transportation capability, total 4,787 and 4,860 two-way train services will be scheduled daily before and after the festival respectively, up 5.4 percent and 5.2 percent compared with the same period last year, according to Lian Weiliang, deputy head of the National Development and Reform Commission (NDRC).

To increase efficiency, some railway stations will pioneer "ticketless travel." Instead of buying tickets online and collecting them at the stations, travelers can pass ticket checks by scanning QR codes using their phones and pay afterwards. 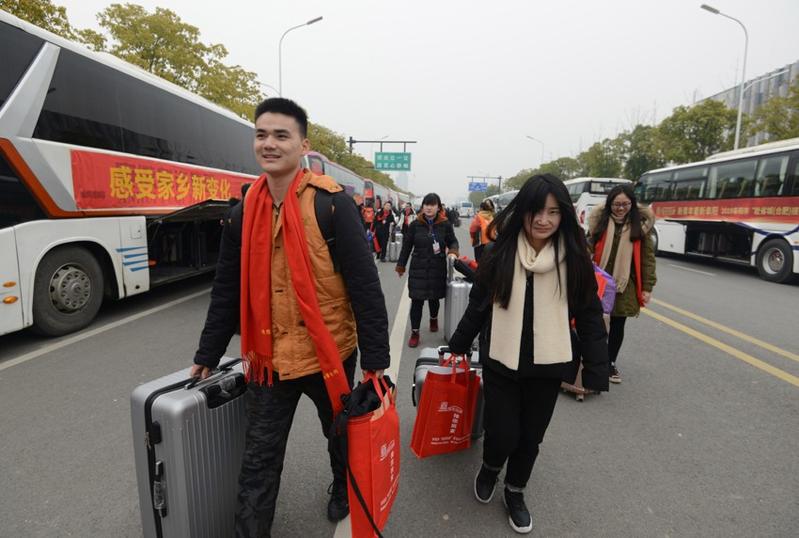 Students gather in Hefei, the capital of China’s Anhui province, to take free shuttle bus to return to their homes to join their families for the Spring Festival, Jan 19, 2019. (PHOTO / XINHUA)

Hundreds of millions of Chinese return to their hometowns every year during the Chinese Lunar New Year to get together with their families.

The Year of the Pig in the Chinese lunar calendar will begin on Feb 5, 2019.