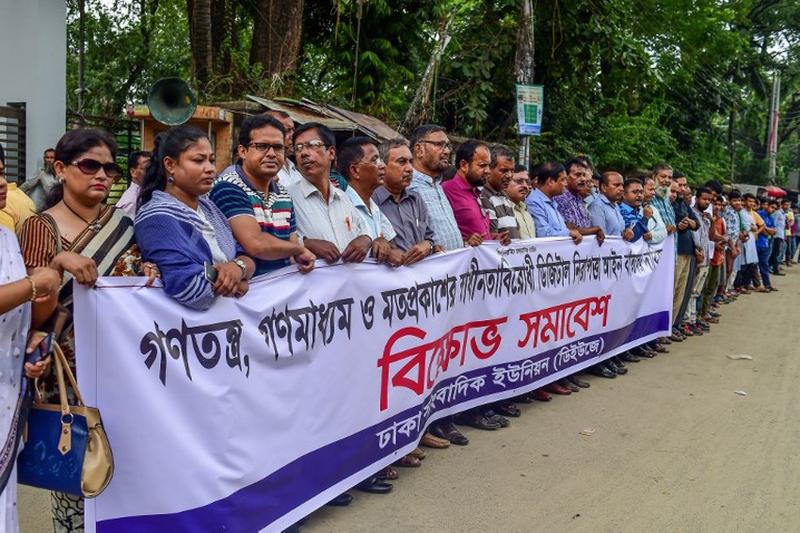 DHAKA, Bangladesh — Bangladesh President Abdul Hamid has signed a bill into law that has been criticized as stifling freedom of speech.

Senior editors, journalist groups and human rights groups in and outside Bangladesh had protested the bill, saying it could be wielded arbitrarily against government critics.

But Bangladesh's Prime Minister Sheikh Hasina defended it in Parliament, saying it was meant to protect the country from propaganda.

It replaces a previous information communication technology law under which many editors and reporters have been sued for defamation.

Journalists in Nepal are combating a similar law that was passed in August.