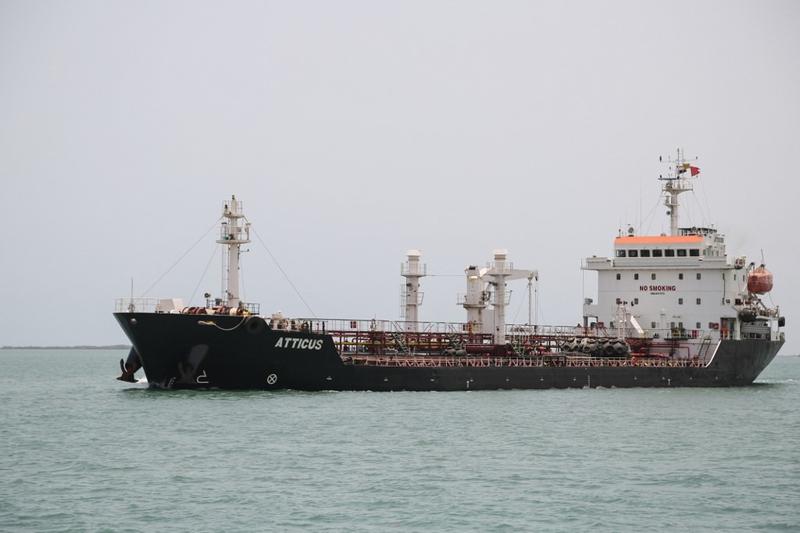 A ship is seen at Salif port in the western Red Sea Hodeida province, on May 13, 2019. The United Nations said that a Yemeni rebel withdrawal from key Red Sea ports was proceeding as planned, after the government accused the insurgents of faking the pullout. (PHOTO / AFP)

UNITED NATIONS — With the first rebel redeployment in the demilitarization plan for Red Sea ports in Yemen, a United Nations spokesman said on Monday that the focus now is on removal of military materials and de-mining before official verification of the withdrawals.

Over the weekend, occupiers of the principal port of Hodeidah and the two minor ports of Salif and Ras Issa withdrew, and the coast guard took up security responsibilities, said Farhan Haq, deputy spokesman for UN Secretary-General Antonio Guterres.

Over the weekend, occupiers of the principal port of Hodeidah and the two minor ports of Salif and Ras Issa withdrew, and the coast guard took up security responsibilities

On Friday, Lt Gen Michael Lollesgaard, chair of the Redeployment Coordination Committee (RCC) in Yemen, said the redeployment is the first practical step on the ground since the conclusion of the Hodeidah Agreement in Sweden in December.
READ MORE: Houthi rebels claim to begin withdrawal from key Yemen ports

He said the withdrawal must be followed by "the committed, transparent and sustained actions of the parties to fully deliver on their obligations."

Lollesgaard said withdrawal is the first part of the agreed concept for phase one of the broader redeployments in Hodeidah itself, in accordance with the Stockholm Agreement.

The Government of Yemen has expressed commitment to deliver their part of phase one when requested by the UN, the spokesman said. Consultations on the next steps of the accord are continuing.

Lollesgaard is expected to report in a video conference call to the UN Security Council later this week, Haq said.

UN Under-Secretary-General for Humanitarian Affairs Mark Lowcock has warned nearly half the population of Yemen, more than 28 million people, is threatened with famine.

Humanitarian officials also said the wheat stored in silos of the Red Sea Mills in Hodeidah port could feed 5.7 million people for a month. The silos were inaccessible until last month, but the surrounding area was mined and littered with unexploded ordinance that had to be carefully removed before the mills could be worked.