Hong Kong looks to talent as key to future 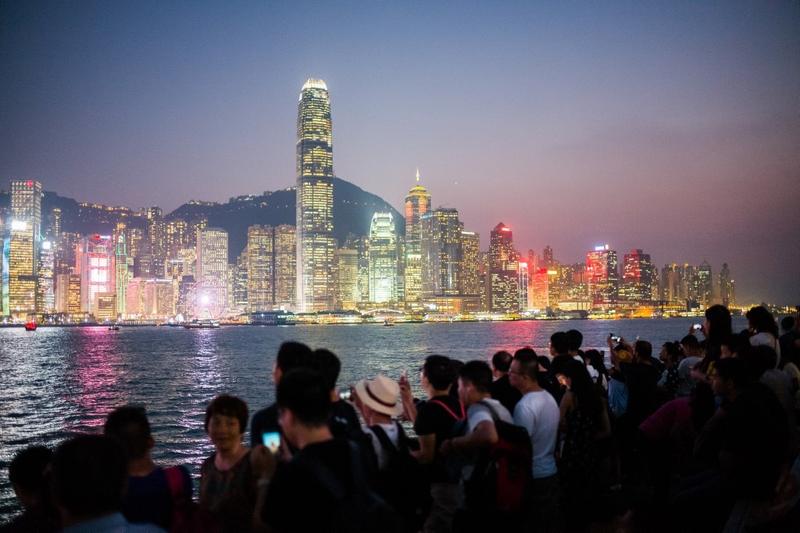 Hong Kong, which attracts tourists with its skyscrapers and breathtaking views, also has 10 percent of its population living below the poverty line and has become one of the most expensive cities in the world to call home.

This is despite plenty of wealth in the city and help from local authorities.

The government is hoping to attract, nurture and retain key talent in the fields of technology and innovation to help tackle such issues.

Talent is the bargaining chip for Hong Kong amid global competition. The government is hoping to attract, nurture and retain key talent in the fields of technology and innovation to help tackle issues such as poverty

Hong Kong was named one of the three most expensive cities in the world this year, together with Singapore and Paris, in an annual survey by the Economist Intelligence Unit.

Released last month, the survey found the cost of living in Hong Kong was 7 percent higher than in New York.

Every year, the unit examines the prices of 160 products and services in 133 cities globally. It examines the costs of food, clothing, basic commodities, private schools, domestic helpers and daily necessities.

Hong Kong has also been named the least affordable housing market in the world for the ninth consecutive time by the annual Demographia International Housing Affordability Survey.

It takes an average family nearly 21 years to buy a medium-level home in the city.

According to the Demographia findings, updated in January, such a home costs nearly HK$7.17 million (US$913,893), while the average annual household income stood at HK$343,000.

The 20.9 years taken to buy such apartments－the longest ever recorded globally－actually follows a decline in the residential market, but Hong Kong held the previous record of 19.4 years, set last year.

The global standard for a "severe lack of housing affordability" is 5.1 years of total family income.

Surveys such as these are good yardsticks for general information about living costs.

They are aimed primarily at international corporations relocating staff members around the world. A large corporation cannot afford to go into a city blindly looking for office space and relocating employees whose salaries might put them on a subsistence level. Real estate prices and living costs must be factored in as part of compensation packages.

The city's appeal to overseas talent dropped three places to 14th, and its investment in homegrown talent and professional development also fell, by seven places to 31st. These two critical indicators warn of potential problems ahead.

Talent is the bargaining chip for Hong Kong amid global competition. Many observers consider it the key to the future if the city hopes to win the innovation and technology race, an emerging market to which it had remained almost willfully indifferent until a few years ago.

As a result, the city is now trying to recover lost ground in the hope of becoming a leading center for innovation and technology.

Chong Tai-leung, an economist at the Chinese University of Hong Kong, suggested the government should support this emerging sector by providing land for a leading tech giant to establish itself in the city.

For example, if Google set up a base in Hong Kong, other smaller tech companies would follow. Chong said that Shenzhen, just across the border in Guangdong province, profited handsomely after becoming the home of telecom giant Huawei's flagship operations.

To date, the Hong Kong special administrative region government has focused on accommodating small startups in the city's Science Park, but Chong believes this misses the point. Such startups cannot afford big-money talent and are not likely to attract the best available from overseas. Even the most enterprising homegrown talent will pursue careers in the city's financial sector.

Expatriates are being joined by people born in Hong Kong in looking for greener pastures, including lifeguard Herman Lam, 37.

He went to Zhuhai, Guangdong, to visit a friend, where he noticed clean streets lined with upscale homes, and the pleasant climate.

Lam, who works at a private residence in Hong Kong, thinks he might find a better future in Zhuhai.

"I have been paying attention to the concept of the Guangdong-Hong Kong-Macao Greater Bay Area," he said, referring to the cluster encompassing nine cities in Guangdong, plus Hong Kong and Macao. The Bay Area is being developed as a world-class trading and technology area to rival Silicon Valley in the United States, and to surpass other major bay area trading hubs such as Tokyo Bay, San Francisco Bay and New York.

The Bay Area may ultimately remove some of the pressures of overcrowding and limited developable land in Hong Kong, and as the Bay Area evolves, the city is looking forward to being relieved of its tag as the one of the world's most expensive

Chong, the economist, predicts that the nine Greater Bay Area cities in Guangdong will rival Hong Kong in terms of economy and lifestyle.

The Bay Area may ultimately remove some of the pressures of overcrowding and limited developable land in Hong Kong, and as the Bay Area evolves, the city is looking forward to being relieved of its tag as the one of the world's most expensive.

A case in point is Central district on Hong Kong Island, the city's premier business address, where corporate office space has been ranked the world's most expensive for three consecutive years by commercial real estate services and investment company CBRE.

High real estate costs are not confined to Central, however. Rentals on Russell Street, Causeway Bay, which is also on Hong Kong Island, have been tagged as the world's most expensive commercial real estate.

Sohail, a German-born pilot who works for a private airline, is confronting these high costs. According to Payscale.com, a self-reporting survey company, the average salary for a pilot in Hong Kong is HK$1.2 million a year plus bonuses.

But Sohail said "affordability" is a significant factor governing how long he is prepared to stay in Hong Kong.

He enjoys the city's distinctive architecture and iconic images of Victoria Harbour. "It (the skyline) is unique and very beautiful, especially at night, both on the Kowloon and Hong Kong Island sides," he said.

He lives in Central, where rent swallows up 30 percent of his salary. "Property prices are high and rising. At this point, it is difficult to think beyond five years," Sohail said.

Food, entertainment and utilities take another 30 percent of his income, while 15 percent goes on travel.

According to Rent Cafe, a statistics site, the average rent for a one-bedroom 55- to 85-square-meter apartment is HK$21,506－40 percent higher than a comparable home in Beijing.

In 2017, Hong Kong was ranked by Rent Cafe as the fourth most expensive city among the world's top 30 financial centers, which also included New York, London, Tokyo, Singapore, Seoul, Sydney and Toronto.

More than 20 percent of the population in Hong Kong was living below the poverty line in 2017－the second-highest proportion since the poverty line definition was introduced in the city nine years ago. The proportion was lowered to 10.5 percent after government intervention, including cash handouts and benefits such as public housing. 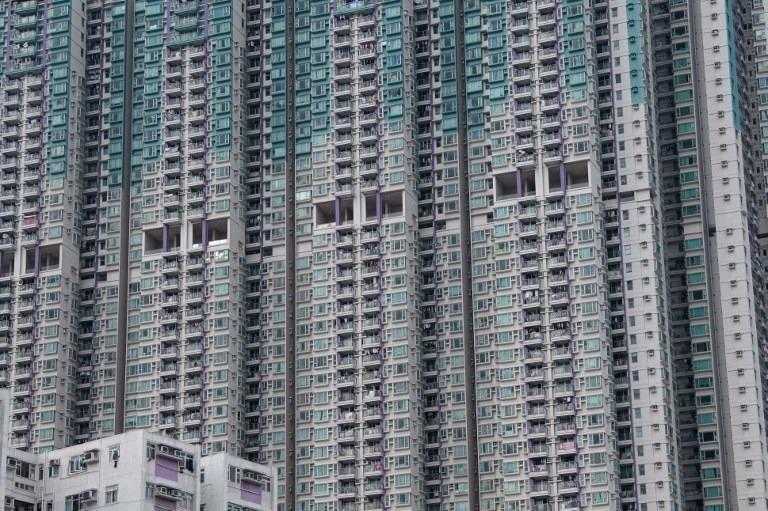 Images of accommodations－known as "cage homes" and "coffin houses"－in which many people live have become a blight on Hong Kong.

In 2017, about one in four children in the city were living below the poverty line, according to the nonprofit Society for Community Organization.

Ming Wong, a 14-year-old secondary school student, is among the 230,400 Hong Kong children living in poverty. He lives in a SOCO-sponsored subdivided apartment with his mother in Mongkok, Kowloon.

The apartment is occupied by three families who share a living room, kitchen and two toilets.

In 2017, Sohail, the pilot, saw some cage homes in Hong Kong and volunteered to mentor Wong in English and life skills.

Sohail takes Wong to museums and other places of interest, and sometimes they go to watch movies. They are friends who chat through instant messaging when Sohail is flying.

There are many conditions attached to renting SOCO-sponsored shared apartments. Daily habits and routines for families who qualify must be staggered to prevent conflict over the use of facilities－and the children must be of the same sex.

Wong and his mother met these conditions and joined the first beneficiaries who were helped to move out of their cramped living conditions into a makeshift home.

Housing is a big worry. At the end of last year, there were 117,400 single-person applicants and another 150,200 family and elderly people on the waiting list for subsidized public housing

For the first time, the boy has his own room. It occupies just 5.57 square meters, about half the size of a typical parking space, but is nearly twice as big as the space he previously shared with his mother in Sham Shui Po, one of Hong Kong's poorest areas. That apartment was subdivided into living space for six families.

Lam, the lifeguard, is considering moving from Hong Kong, as he does not see much of a future for him in the city after having a number of different jobs over 20 years.

Housing is his biggest worry. He has been on a waiting list for subsidized public housing since 2014, but he is single and that gives him low priority on the list.

READ MORE: HK's public housing ratio to be increased by 10%

At the end of last year, there were 117,400 single-person applicants and another 150,200 family and elderly people on the list. Government records show that the average waiting time for single applicants such as Lam is five years and five months.

Lam is trying to save money, and five years ago he moved into a coffin house in North Point on Hong Kong Island. The house accommodates 15 people living in spaces bordered by planks.

Tenants pay HK$2,300 a month for a space－more accurately described as a box. Lam, who is 1.75 meters tall, has to bend to get in. Once in bed, there is barely room to sit up to read, so he only uses the space at night.

So, why is there this huge disparity between wealth and dire poverty in Hong Kong?

Chong, the scholar from CUHK, said the answer lies in desirability and demand.

When there is high demand, prices always rise Chong said, and this has helped create the city's wealth gap.

Hong Kong, one of the world's most rapidly aging cities, needs to attract overseas talent to avoid stagnating.

It has many things going for it such as climate, lifestyle, country parks and beaches. Boasting one of the most buoyant economies in the world, it is also the gateway to the huge market on the Chinese mainland.

In addition to their salaries, most expatriates sent to the city by international companies are given allowances by their employers to shield them from the high cost of living.

Chong said professionals free to work anywhere are frustrated by the cost of living in Hong Kong, along with the city's middle-class population.

He cites the low tax rate as another reason people are willing to work in the city, but asks whether they will stay. He also thinks that Hong Kong is failing in its efforts to attract available talent.