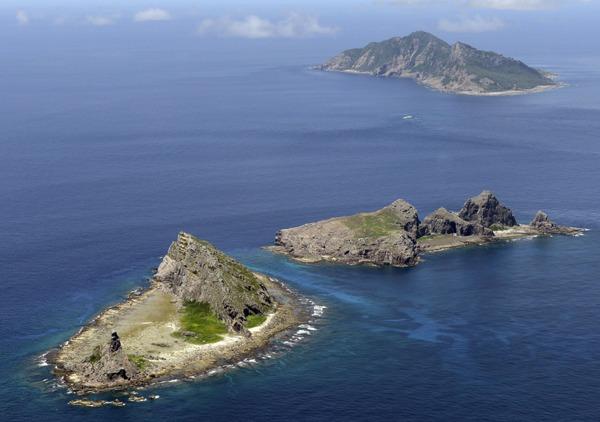 This Sept 2012 photo shows the Diaoyu Islands in the East China Sea. (AP)

SENDAI, Japan - China and Japan agreed to speed up preparations for launching an air and maritime contact mechanism in their ninth round of high-level consultations on maritime affairs held in Sendai from Thursday through Friday.

Officials from the two countries' ministries on foreign affairs, defense, security, natural resources, environment, transportation, and agriculture and some other departments attended the talks.

The two sides exchanged views on issues related to the East China Sea and discussed ways of maritime cooperation.

They made further progress on negotiations about launching a maritime and aerial communication mechanism between their defense departments as soon as possible, and agreed to speed up preparations for launching the mechanism.

They also agreed to enhance defense exchanges to promote mutual trust and discussed concrete plans for such exchanges.

The Border Control Department of China's Ministry of Public Security and the Japan Coast Guard agreed to continue cooperation in cracking down on transnational crimes including smuggling, human smuggling and drug trafficking, and exchange visits between experts according to the meeting minutes signed by both sides.

The two sides decided to hold in Japan simultaneously in the later half of 2018 the second meeting of the China-Japan Experts Dialogue Platform on Marine Debris Cooperation and the second China-Japan Marine Debris Seminar, and to conduct a joint investigation on marine debris in the autumn of 2018.

The two sides welcomed the decision of their marine transportation departments to restart the China-Japan Shipping Policy Forum within the year, and agreed to continue to enhance cooperation on maritime affairs such as ship safety inspection and ship pollution prevention.

The two sides also held concrete discussions on an early signing of a bilateral maritime search and rescue agreement, and agreed to enhance cooperation in fishing industry to promote the stable and healthy development of the industry.

They further exchanged views on joint research on marine geology and agreed to enhance communication and mutual understanding in the area.

They also agreed to enhance communication on issues related to the principle of consensus on East China Sea issues, and agreed in principle to hold the tenth round of high level consultations on maritime affairs in China in the later half of this year.

The China-Japan high-level consultations on maritime affairs were set up in January 2012 with the first round of talks held in May of the same year in Hangzhou in East China's Zhejiang province.