Editor’s note: The technology revolution has hit another milestone with the creation of smart cards that can transfer digital information to other devices via capacitive touch screens with just a simple tap. A Hong Kong innovator aims to apply the technology to smartphones in future. 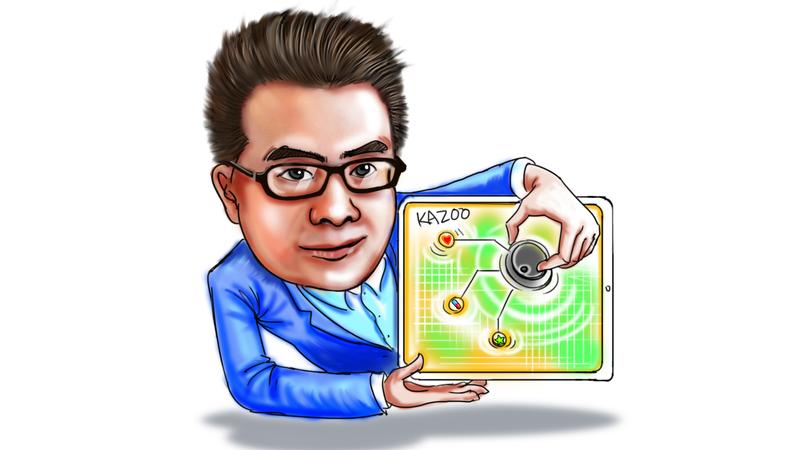 A Hong Kong innovator has unlocked the potential of the touch screen by inventing circuit-embedded smart cards with its patented electric field messaging (EFM) technology that create interactions between the physical and the digital.

Kazoo Technology — a local startup located in Hong Kong Science Park with its core technology of a circuit board applying communication and electromagnetic theories — can transfer digital information to other devices through capacitive touch screens with a simple tap.

The idea and the concept came up four to five years ago when Kendall Lo, CEO and co-founder of Kazoo Technology, worked as a banker. “I was actually a hardcore engineering student and my passion is always in engineering and creating things useful for people,” Lo said. He started experimenting with his ideas and co-founded Kazoo in 2015 with three friends.

One day, we hope that we can embed this technology into smartphones and just put them on the table, they can talk to each other

“Initially, we just wore the pieces together at the dining room at my home, tested the concept and started writing the program on tablets,” said Lo. Soon after that, Kazoo was selected for the Cyberport Incubation Programme, which offered the startup rent-free working space.

“I tried to do it part time, usually on weekends. But, at some point, you know, unless you put extra time in it, you won’t go anywhere,” he added. Lo quit his job with a bank and fully immersed himself into Kazoo.

The two main innovations of the startup are its smart cards (KCard and KTag) that interact with screens and application programming interfaces (APIs) to read the information.

“Coming from an engineering background, I thought it shouldn’t just be the human body part that can attract the electric field,” said Lo. For the capacitive touch screens which are commonly used, Kazoo developed the smart cards embedded with conductive material similar to human skin which can disturb the electric field. “It’s like an antenna on the radio, but here the antenna can communicate with the screen,” he explained.

Besides, the devices that interact with the smart cards need to be equipped with a piece of codes or an app where Kazoo’s own API software development kit is installed. The codes can interpret the signal coming from the smart card and transfer it back to the designated devices.

“We spent a lot of time creating a circuit that does the transmission, to absorb the electric field by electronic means. Once we have it, the rest is applying communication theory to make sure the communication link thus formed between circuit and screen is reliable,” Lo said.

Alan Lau, another co-founder of Kazoo, is a professor of electrical engineering at Hong Kong Polytechnic University. He does research on optical communications and leads the efforts of Kazoo’s technologies. “He is an expert in communication. A lot of what he’s doing and his research can be applied to our case,” Lo said.

It took merely six months for Kazoo to patent its EFM technology. “Our patent lawyer told us that it’s amazing because it usually takes three to five years before the patent office would look at it and approve it,” Lo said. Currently, Kazoo has five granted patents and around six in process.

“That gave us a sort of boost in terms of confidence. Hey this is our idea that works, and we got exclusive rights to use it, we invented it,” Lo said. “And now we are going to the International Consumer Electronics Show (CES),” he added.

The startup’s product Duplex Response Interface for Touchscreens (DRIFT), powered by Kazoo’s own EFM technology, has been named a CES 2019 innovation awards honoree under the Embedded Technologies category.

DRIFT is an embedded transceiver module that induces touch pulses and detects light signals from the capacitive touch screen it is in contact with to form a full duplex communication channel. The startup is setting out the latest products to showcase in the CES.

Concerning safety issues, Lo explained that unlike other cards which can be read from a distance by card reader scanners, Kazoo’s smart cards must need a touch screen embedded with Kazoo’s own API to read the information. “It has additional but not so obvious security benefits over traditional IT solutions,” he said.

To maximize the outcome, Kazoo partners with other experts to contribute its technologies and make products together. There are around four partners Kazoo is collaborating with in areas like education, event management and marketing.

Recently, Kazoo teamed up with Beijing kindergartens to produce a bunch of products, making learning materials more interesting by adding physical playing touch with its interactive technology. “The kindergartens contribute expertise like how kids should be taught, such as the learning materials. We contribute the hardware, the design, the manufacturing. Then we combine these together to create unique products,” Lo said.

According to Lo, Kazoo received the seed funding a year ago and is now pitching around for the pre-A round fundraising in the next two months. “There is still a lot of work that needs to be done on the technology side, like how to make the transmission faster,” he said.

In future, the touch screen tech startup targets the joint venture business model, seeking more experts in other fields to cooperate with and leverage their strengths. The startup is also looking into the mainland market for opportunities. “In my dream, one day, we hope that we can embed this technology into smartphones and just put them on the table, they can talk to each other,” Lo said.