All 31 preferential policies for Taiwan to be implemented 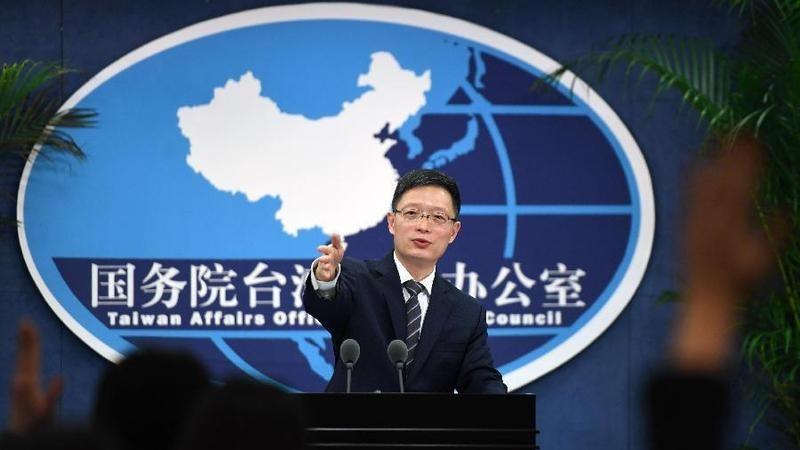 In this Feb 22, 2017 photo, An Fengshan, spokesperson for the Taiwan Affairs Office of the State Council, addresses a press conference in Beijing, capital of China. (CHEN YEHUA / XINHUA)

BEIJING - All 31 preferential policies for Taiwan released in February will be fully implemented soon, An Fengshan, spokesperson for the Taiwan Affairs Office of the State Council, said at a press conference Wednesday.

They could also take the job qualification exam for banking professionals for the second half of the year, he said.

The rules for Taiwan compatriots to take job qualification exam for quarantine inspectors will be issued soon by the General Administration of Customs, according to An.

Exams for patent agents, performing brokers, engineering consultation, among others, are already open to Taiwan compatriots.

According to their practical needs, An said the mainland would come up with more policies granting equal treatment to Taiwanese compatriots.

He also briefed on financial cooperation between the island and Fujian province under the plan for the development of the Fujian pilot free trade zone.

"This year marks the 40th anniversary of the reform and opening-up policy, and the mainland will take measures to speed up the development of the free trade zones, further open up its service sectors, and ease access restrictions in the financial market," An said. "All these measures will apply to Taiwan-funded enterprises as well."

An also said the Chinese mainland will continue to carry out more and better preferential measures for students from Taiwan in the future.

"The mainland will create better environments and more opportunities for Taiwan students to study, undertake internships, obtain employment or start-up businesses in the mainland," said An.

"It's a natural choice and an irresistible trend for Taiwan students to apply for mainland colleges," An said, noting that Taiwan students were going after better chances to realize their dreams, and their parents also wanted them to have better educational opportunities.

"As the mainland develops its economy and carries out preferential policies for Taiwan, an increasing number of Taiwan youngsters are willing to explore opportunities on the mainland," An said.

"We have always encouraged communication and cooperation in various fields across the Taiwan Straits, including educational exchanges," An said.

As for Burkina Faso's resumption of diplomatic ties with China, An said it was the right choice.

An Fengshan, Spokesperson, Taiwan Affairs Office of the State Council

"The one-China principle is a universal consensus of the international community," said An.

An stressed that the peaceful development of cross-Straits relations was "the right path to maintain peace, boost common development, and bring more benefits for compatriots on both sides, and the only right choice for the Democratic Progressive Party (DPP) administration."

He urged the DPP administration to recognize the 1992 Consensus as soon as possible, and recognize that Taiwan and the mainland belong to one China, so that the cross-Straits relations will get back to the right direction of peaceful development, An said.

The government of Burkina Faso now recognizes that there is but one China in the world, that the government of the People's Republic of China is the sole legal government representing the whole of China, and that Taiwan is an inalienable part of China's territory.

The African nation announced a decision to sever its "diplomatic" relationship with Taiwan last Thursday.

An also criticized the Taiwan authority's moves to obstruct and restrict cross-Straits exchanges, saying that such acts were "bound to be opposed by compatriots on both sides of the Strait."

He was responding to a question about the island's cross-Straits affairs authority's recent statement that it would conduct "strict scrutiny" of visits and other activities of people from the mainland.

"When it comes to the cross-Straits issue over the recent period, it is completely clear among the general public which side is using an open-minded attitude to bridge exchanges and which side is conducting self-seclusion," An said.

The spokesperson said that despite the grave and complex situation for cross-Straits relations, the mainland's principles and policies toward Taiwan had always been clear and consistent.

"We will continue to uphold the one-China principle and the 1992 Consensus, and resolutely oppose and deter 'Taiwan independence' separatist attempts and activities," An said.