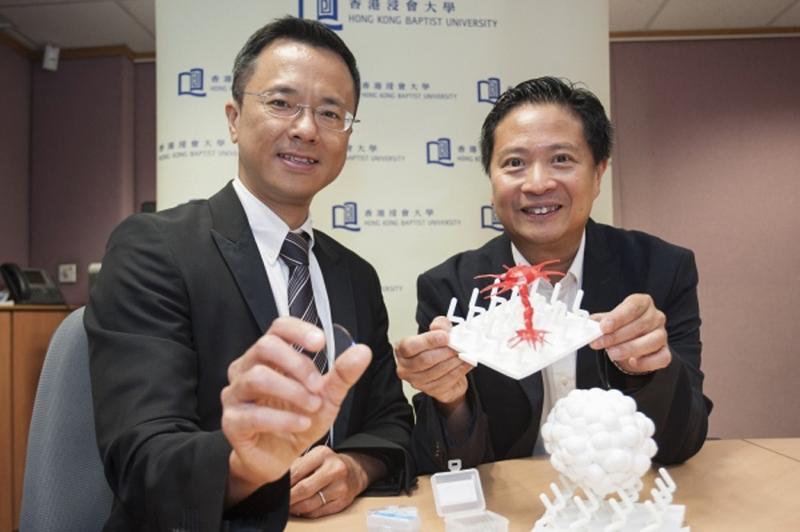 HONG KONG – A novel medical device invented by researchers from Hong Kong Baptist University can reduce the risk of carcinogenesis while cultivating neural stem cells (NSCs), a treatment for neurodegenerative diseases, the university said on Tuesday.

Stem cell therapy involves the cultivation of new and normal cells, tissues or organs and then transplanted to people to restore physiological function by replacing damaged or dead cells. It is regarded as one of the most promising treatments for neurodegenerative diseases such as Alzheimer's disease and Parkinson's disease, according to the university.

Traditionally, the cultivation of NSCs requires a large number of additional growth factors in a culture medium, which are kinds of polypeptides that may stimulate the growth of cancer cells and increase the risk of developing tumors.
ALSO READ: HKBU creates quicker and cheaper test for Alzheimer's

By using this specific layer, the use of additional growth factor or other biochemical can be avoided in cultivating stem cells. When they come into physiological contact with the nano-matrix layer of the device, the NSCs are under "physical massage" that resembles the Chinese medicine acupuncture technique and causes the cells to differentiate into functional cells capable for treating neurodegenerative diseases, cancers and tumors.

"Importantly, the physical massage, which minimizes the use of growth factors, should substantially reduce the risk of carcinogenesis in clinical trials," Huang said.

The novel matrix provides a safer platform for research into stem cell therapies and also help boost the development of regenerative medicine, he added.

This invention has won the team the Gold Medal with Congratulations of Jury at the 46th International Exhibition of Inventions of Geneva held in Switzerland in April 2018. The application for a US patent has been filed.