Moon to fly across west maritime border to DPRK for summit 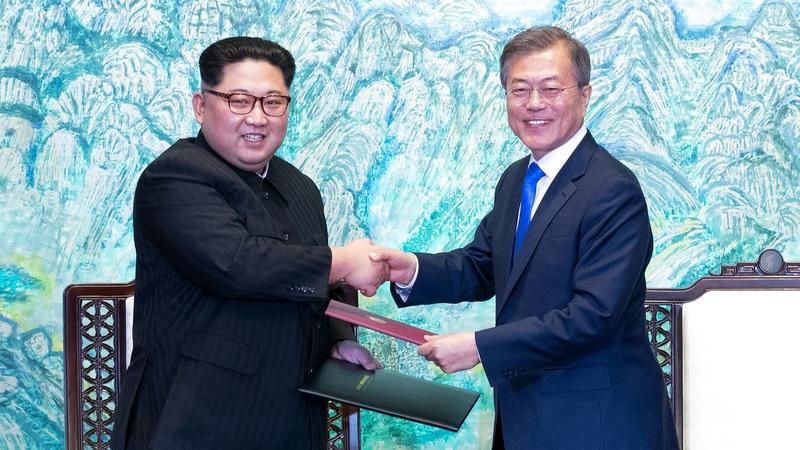 In this April 27, 2018 file photo, DPRK's leader Kim Jong-un, left, and ROK's President Moon Jae-in shake hands after signing on a joint statement at the border village of Panmunjom in the Demilitarized Zone, ROK. (KOREA SUMMIT PRESS POOL VIA AP)

Kwun Hyuk-ki, director of the Blue House press center Chunchugwan, told a televised press briefing that President Moon and his delegation will visit Pyongyang on a direct flight across the western inter-Korean sea boundary.

It came after senior officials from the two Koreas held preparatory talks earlier in the day for the Moon-Kim summit, scheduled to be held in the DPRK's capital Pyongyang on Sept 18-20.

The ROK advance team for the summit will be dispatched to the DPRK on Sept 16 on a land route.

The two sides agreed to broadcast live the first gathering in Pyongyang of the two leaders and their major summit schedules.

The preparatory talks lasted for five hours through 2 pm local time (0500 GMT) without a break at the truce village of Panmunjom.

Details on the dialogue agenda between Moon and Kim and the exact list of the delegation accompanying Moon were not disclosed yet.