Lithuanian theater to stage play on Gorky's book in China 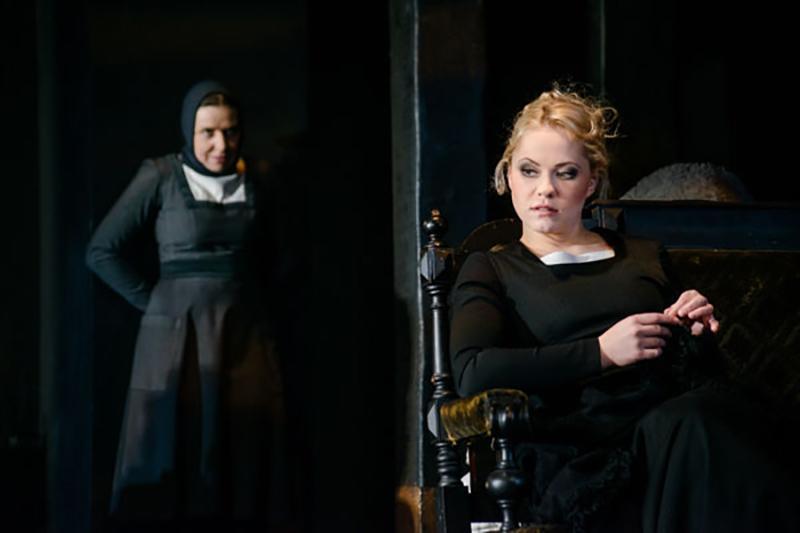 The theater play The Mother, adapted from Russian author Maxim Gorky's novel of the same title, will be staged in China by Lithuania's State Small Theatre of Vilnius. (Photo Provided to China Daily)

A two-act play from Lithuania, The Mother, adapted from Russian author Maxim Gorky's novel of the same title, will make its China debut at the ongoing Meet in Beijing Arts Festival.

Over 500 artists from 22 countries will attend the annual cultural event this year. It runs through May 31.

The play will be staged at Tsinghua University on May 20 and 21.

Before that, it will tour the Chinese cities of Nanjing, Shanghai and Xiamen.

Directed by Kirill Glushajev and performed by the actors and actresses of the State Small Theatre of Vilnius, the play tells the story of Vassa Zheleznova, a woman whose alcoholic husband assaults her and does not do enough for their son while alive. She works in a factory for years and raises her son but eventually she and her son clash.

"The conflicts between materialism and spirituality, and between sociability and individualism have been presented well in The Mother. We may see it as a Lithuanian story but at the same time it's recognizable in every society," says Glushajev.

"I am more interested in the conflict between humans as individuals, especially in a family, rather than between different societies or ideologies," the 33-year-old director adds. 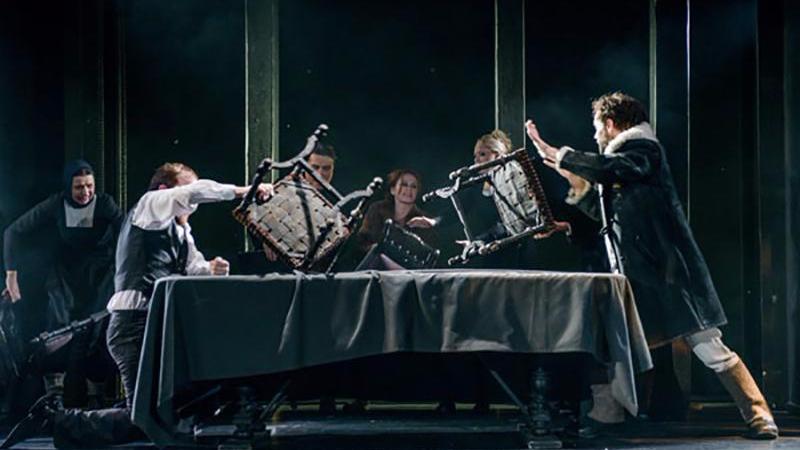 The theater play The Mother, adapted from Russian author Maxim Gorky's novel of the same title, will be staged in China by Lithuania's State Small Theatre of Vilnius. (Photo Provided to China Daily)

The play premiered at the State Small Theatre of Vilnius in the Lithuanian capital in 2011.

Lithuanian actress Egle Gabrenaite, who leads the cast as the mother in the play, has done more than 60 stage roles.

Glushajev praises her acting skills. "I cannot think of anyone who can play this role but her."

Other than directing the play, Glushajev himself plays the role of Semionov, the son.

"It's like eating while breathing," says Glushajev of acting and directing at the same time.

In 2008, Glushajev studied directing at the Lithuanian Theater and Music Academy under established theater director Rimas Tuminas, whose plays The Three Sisters, Madagascar and Masquerade were presented in Beijing last year.

He also worked as an actor in productions by Tuminas and was his apprentice for some time.

Tuminas established the State Small Theatre of Vilnius in 1990. The same year, he directed the theater's first play, an adaptation of Anton Chekhov's The Cherry Orchard.

Tuminas had been looking for a venue for his theater for years and finally found one in the heart of Vilnius in 2005.

The theater has become an important part of Lithuanian culture.