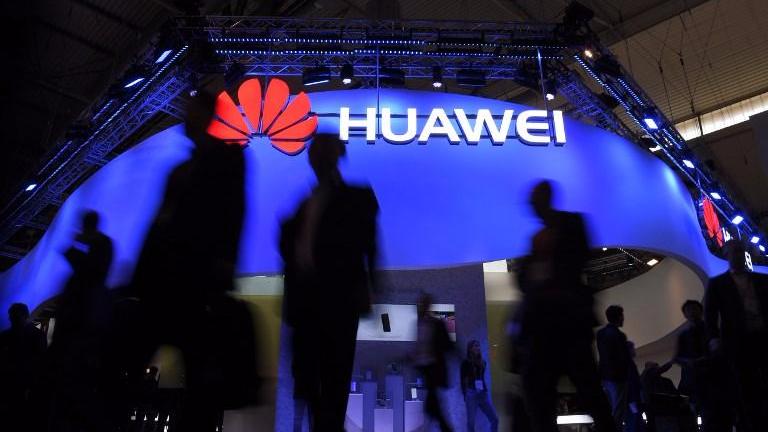 Visitors pass in front of the Huawei's stand on the first day of the Mobile World Congress in Barcelonaon on February 27, 2017 in Barcelona. (LLUIS GENE / AFP)

The prime minister made the decision "despite warnings from the US and some of her most senior ministers that it poses a risk to national security," the Daily Telegraph reported on its website.

The British National Security Council, which is chaired by the prime minister, agreed on Tuesday to allow Huawei limited access to help build parts of the network such as antennas and other "noncore" infrastructure, said the newspaper.

Huawei has signed 40 contracts to build and operate the fifth-generation (5G) telecommunication infrastructure by April 15, preparing for the commercial launch of the new technology, the Chinese tech giant said last week.

Ken Hu, deputy chairman of the company, made the announcement in a keynote speech at its 2019 Global Analyst Summit at its headquarter in Shenzhen in southern China.

Huawei's chief representative to the European Union (EU) said last month that it welcomes the objective approach of the European Commission's recommendation on 5G security.

"Huawei welcomes the objective and proportionate approach of the European Commission's recommendation on 5G security. Huawei understands the cybersecurity concerns that European regulators have. Based on mutual understanding, Huawei looks forward to contributing to the European framework on cybersecurity," said a statement emailed to Xinhua.

"We are firmly committed to continuing working with all regulators and partners to make the 5G rollout in Europe a success," read the statement.

The statement is attributed to Abraham Liu, chief representative of Huawei to the EU institutions, on the occasion of the publication of the European Commission's recommendation on security for 5G.

Founded in 1987, Huawei is a private company fully owned by its employees and focuses on providing information and communications technology infrastructure and smart devices. The company operates in more than 170 countries and regions with more than 180,000 employees.