CIIE attracts over 1,000 firms from Belt and Road countries 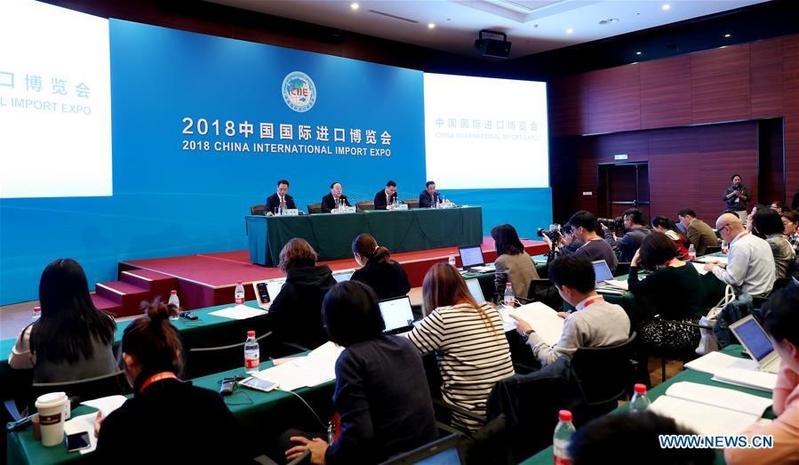 The press conference of the first China International Import Expo (CIIE) is held at the press center of the National Exhibition and Convention Center (Shanghai) in Shanghai, east China, Nov 3, 2018. (FANG ZHE / XINHUA)

SHANGHAI - More than 1,000 firms from 58 countries along the Belt and Road will attend the inaugural China International Import Expo (CIIE) to be held in Shanghai, the Ministry of Commerce said Saturday.

The ministry said at a CIIE press conference that the number of companies from Belt and Road countries accounts for nearly one-third of all firms attending the expo.

They are expected to display a variety of products from agricultural products to consumer goods and garments in a booth area of 45,000 square meters, it said.

Vice Minister of Commerce Wang Bingnan said the expo will become another important prop for the joint construction of the Belt the Road Initiative, offering new opportunities for foreign countries to expand exports to China.

The expo will also feature products from over 30 least developed countries (LDCs), including Ethiopia's coffee, handicrafts from South Sudan and Tanzanite from Tanzania, said Sun Chenghai, deputy director of the CIIE Bureau.

ALSO READ: Things you need to know about CIIE

Sun said they will offer two free exhibition booths to each participating LDC to support their entry into the Chinese market.

The CIIE is scheduled to start in Shanghai Monday. More than 3,000 companies from over 130 countries and regions have so far confirmed their attendance in the event.