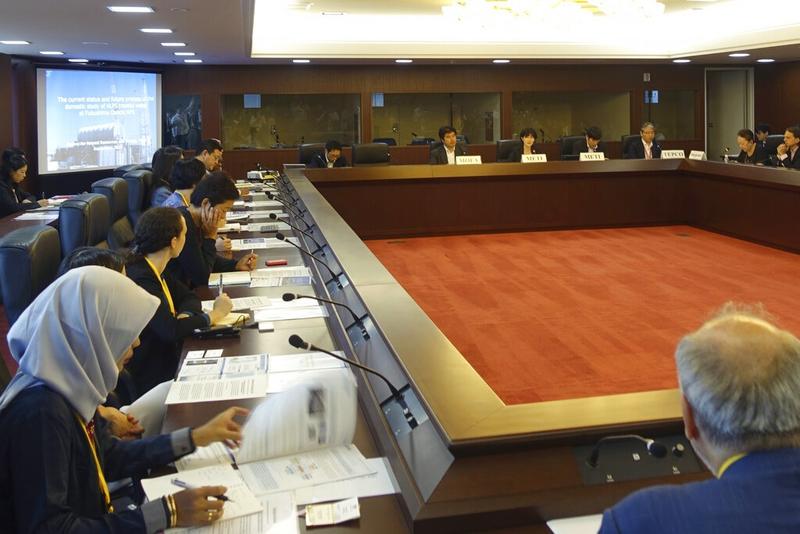 TOKYO — Japan tried to reassure foreign diplomats Wednesday about safety at the crippled Fukushima nuclear plant amid concerns about massive amounts of treated but radioactive water stored in tanks.

In order to prevent harmful rumors about the Fukushima Dai-ichi plant from being circulated, we believe it is extremely important to provide scientific and accurate information.

c, Official at the Ministry of Economy, Trade and Industry, Japan

Diplomats from 22 countries and regions attended a briefing at the Foreign Ministry, where Japanese officials stressed the importance of combating rumors about safety at the plant, which was decimated by the 2011 earthquake and tsunami, while pledging transparency.

The plant's operator, Tokyo Electric Power Co, or TEPCO, said last month that it would run out of storage space for the water in 2022, prompting South Korea to raise safety questions amid tensions with Japan that have intensified over trade and history. South Korea was among those represented at Wednesday's briefing.

Water must be continuously pumped into the four melted reactors at the plant so the fuel inside can be kept cool, and radioactive water has leaked from the reactors and mixed with groundwater and rainwater since the disaster.

The plant has accumulated more than 1 million tons of water in nearly 1,000 tanks. The water has been treated but still contains some radioactive elements. One, tritium — a relative of radiation-emitting hydrogen — cannot be separated.

Tritium is not unique to Fukushima's melted reactors and is not harmful in low doses, and water containing it is routinely released from nuclear power plants around the world, including in South Korea, officials say. 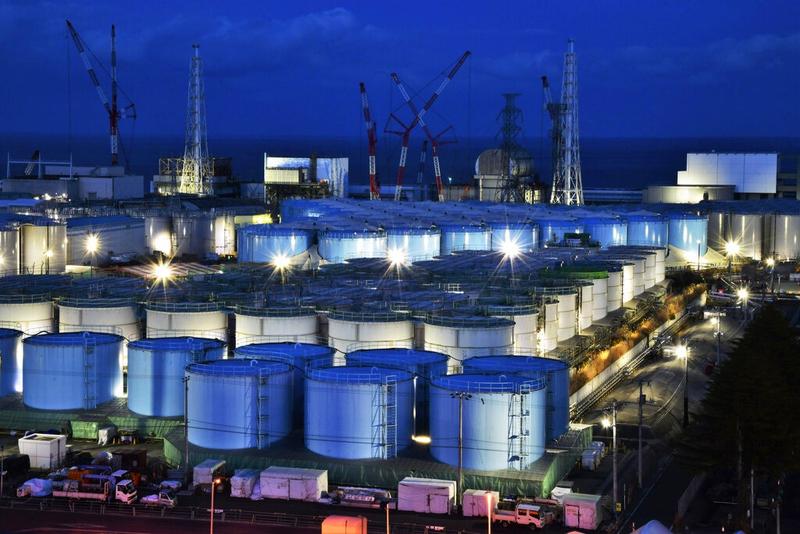 The water has been a source of concern, sparking rumors about safety, especially as Japan tries to get countries to lift restrictions on food imports from the Fukushima area ahead of the 2020 Tokyo Olympics. Import restrictions are still in place in 22 countries and regions, including South Korea and China.

"In order to prevent harmful rumors about the Fukushima Dai-ichi plant from being circulated, we believe it is extremely important to provide scientific and accurate information," Yumiko Hata, a Ministry of Economy, Trade and Industry official in charge of the Fukushima accident response, said in her opening remarks at the briefing. "We appreciate your understanding of the situation and continuing support for the decommissioning work at the Fukushima Dai-ichi plant."

Officials said there were no complaints from the diplomats Wednesday about Japan's handling of the water.

More than eight years after the accident, Japan has yet to decide on what to do with the radioactive water. A government-commissioned panel has picked five options, including the controlled release of the water into the Pacific Ocean.

As disputes between Japan and neighboring South Korea escalated over export controls and colonial-era labor used by Japanese companies, Seoul last month announced plans to step up radiation tests of Japanese food products, and asked about the contaminated water and the possibility of its release into the sea.

Experts say the tanks pose flooding and radiation risks and hamper decontamination efforts. Nuclear scientists, including members the International Atomic Energy Agency and Japanese Nuclear Regulation Authority, have recommended the water's controlled release into the sea as the only realistic option scientifically and financially. Local residents oppose this, saying the release would trigger rumors of contamination, which would spell doom for Fukushima's fishing and agriculture industries.

The panel recently added a sixth option of long-term storage.