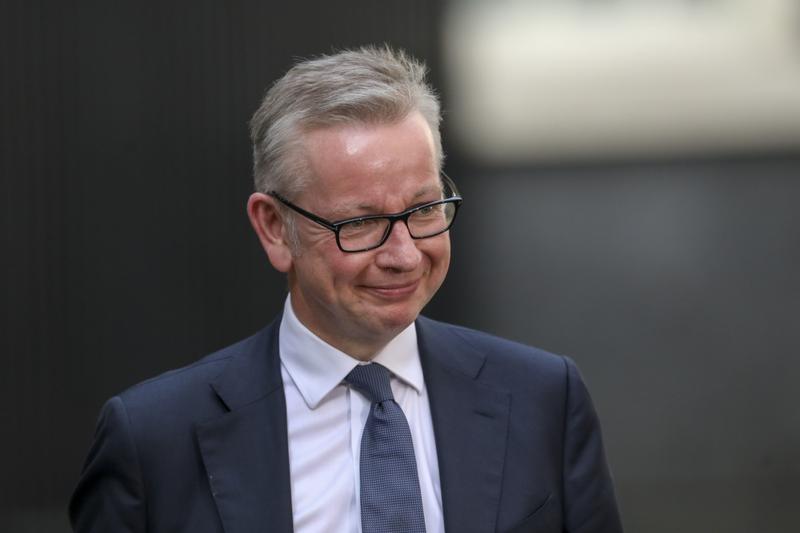 We still hope they will change their minds, but must operate on the assumption that they will not

Michael Gove, named to a job that makes him Johnson’s top aide, will lead the sessions as the government steps up preparations for a no-deal Brexit, the premier’s office said Sunday in a statement. Unless the EU agrees to re-open negotiations, that’s the most likely outcome, he said.

“We still hope they will change their minds, but must operate on the assumption that they will not,” Gove wrote in the Sunday Times. “No deal is now a very real prospect, and we must make sure we are ready.”

Johnson’s special cabinet of six senior ministers will oversee the revamped exit preparations. They will meet weekdays and weekends until ties with the EU are cut.

Dominic Cummings, a key leader in the 2016 Brexit campaign, called advisers to the prime minister’s residence Friday night and told them Brexit will happen “by any means necessary,” the Times said. Cummings said Johnson is prepared to suspend Parliament or hold an election to thwart those who may seek to block a no-deal Brexit.

Leaving without alternative arrangements would dominate British politics for decades to come, the Institute for Government said.

Javid is ready to release more than 1 billion pounds (US$1.2 billion) for planning a no-deal exit, the Financial Times reported on Sunday, noting the new funds add to the 4.2 billion pounds set aside by his predecessor, Philip Hammond.

There’s not a clear majority in Parliament for no deal and lawmakers have said they will try to block it. Labour Party leader Jeremy Corbyn said he’s ready for a general election at any time.

A new poll showed the Conservatives with a slim statistical lead over Labour, according to the Sunday Express. The July 24-25 ComRes survey is the first to show a Tory lead since early March and gives the Brexit Party its lowest projected vote share since they were included in the survey in May, ComRes said.

Another poll in the Mail on Sunday put support for the Conservatives at 30% to 25% for Labour, but support would flip to a 6 percentage-point edge for Labour if the party ousted Corbyn.

A majority in the Express poll, 55%, said Johnson will make a terrible prime minister, with 64% saying he would be better than Corbyn. But 72% said he should be given a chance to deliver Brexit before new elections are called or the government is toppled.

Speaking to Sky News Sunday, Corbyn wouldn’t say when he might call a vote of no confidence in the government to trigger an election. If Labour were to win power, he reiterated that he’d try to reopen Brexit negotiations with the EU himself.

“He’s pretty hopeless,” said Jo Swinson, the newly elected head of the Liberal Democrats. “There are millions crying out for leadership in opposition to Boris Johnson and Brexit, and they’re not getting it from Jeremy Corbyn.”

As the new head of the Treasury, Javid said “all necessary funding” will be available help cope with no deal, including adding extra border control forces and launching one of the “biggest ever” public information campaigns, he wrote in the Sunday Telegraph.

In a separate development, May’s former Chancellor of the Exchequer, Philip Hammond, met with Labour Party Brexit spokesman Keir Starmer and they agreed to work on plan to block leaving the EU without a deal, the Observer reported.

Johnson is traveling to Scotland on Monday to announce 330 million pounds of new funding for local communities in Scotland, Wales and Northern Ireland, the government said.