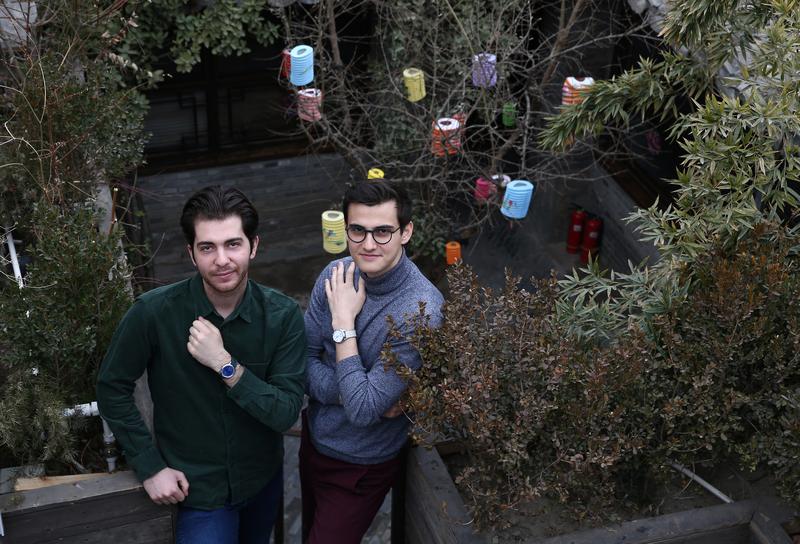 Robin Tallendier (left) and Wilfred Buiron from France have launched their business in China to create watches made in the country that highlight traditional and mythical elements. (ZOU HONG / CHINA DAILY)

Young Frenchman Robin Tallendier's love for Chinese watches started when, at the age of 14, he received a birthday gift of a Tianjin-made Seagull chronograph from his parents.

Despite some people's doubts, online advance sales of Atelier Wen watches for overseas customers opened last year with nearly 250 watches getting sold for about US$600 each

Now aged 23, he didn't expect that serendipity would lead him to become an entrepreneur in 2017 producing his own brand of watches made in China together with his business partner, Wilfred Buiron, who is also from France.

The gift led Tallendier to develop an interest in Chinese timepieces and he gradually built up a collection by learning about them online. Another chance meeting with a watch expert in Beijing in 2014 opened his window of opportunity even wider.

"I bumped into Ron Good while I was visiting a local watch shop in Wangfujing," Tallendier says of his summer vacation trip in 2014 while being a student at the University of Warwick in Britain. Good is a Canadian watch collector who runs an online forum about Chinese watches, and Tallendier has often read the articles. 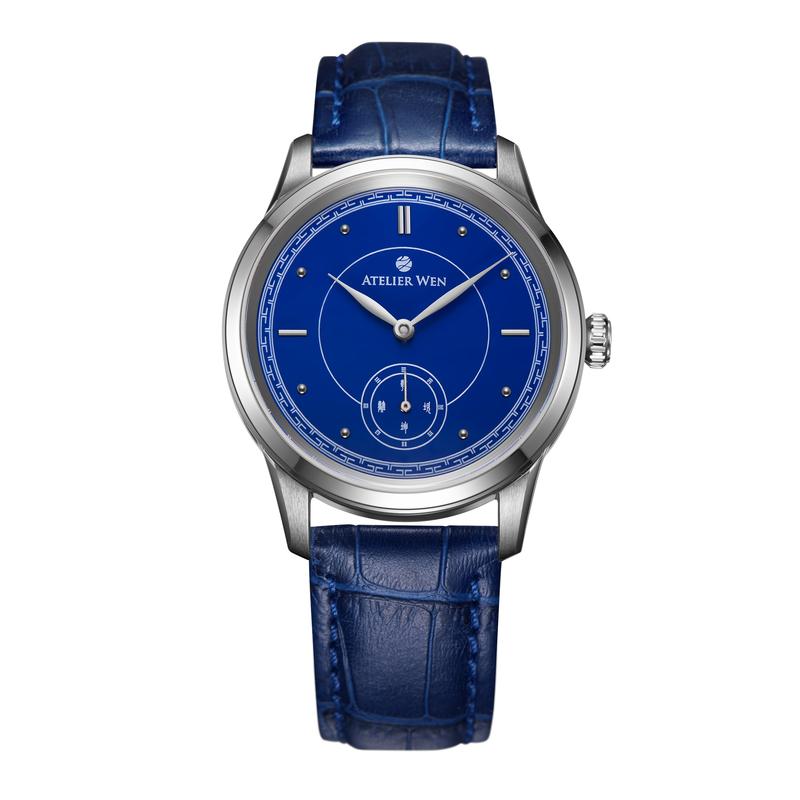 Good later invited Tallendier to attend a dinner with friends from the China Horologe Association, where he got to know Li Wei, a veteran collector and CHA expert, who then introduced many Chinese watch makers and collectors to Tallendier.

"We were looking to find ways to gain more global recognition for Chinese watches," Li recalls, adding that he was happy to find a foreign teenager who had such a strong interest in Chinese watches, which was probably a lesser-known variety in the West.

"Many Westerners assume that Chinese products are low-quality. And many Chinese watchmakers lacked the confidence to go their own way and blindly followed the Swiss style. But I understand Robin's deep affection for China, and he has his own ideas about culture," Li says.

Li took him to visit many major watchmaking studios all around China. "Little Robin" became a name in the industry that summer. He then wrote many blogs sharing his experiences in China.

In 2015, he returned to Beijing, with a one-year exchange program at Guanghua School of Management at Peking University, one of the most renowned business schools in China. A year later, he became the youngest foreign member of the CHA.

And after visiting more watchmakers to gain an in-depth understanding of the business environment in China, he began to regard watches as something more than just a hobby. With his friend Buiron, his classmate from both Warwick and Peking universities, they co-founded their watchmaking business.

"We'd been thinking a lot about how to share Chinese culture in a way that is both relatable and relevant to the modern day."

Born in Hong Kong, Buiron, 23, has even deeper roots in Chinese culture. Although he says he did not learn Chinese until he was 13, Chinese culture－whether it be furniture design or ceramics－has always had a strong influence on his life.

"As someone of 'mixed blood' (culturally), I sometimes feel I'm part of Chinese society," he says, switching to Mandarin. "But I can also detach myself and evaluate culture from a different angle." 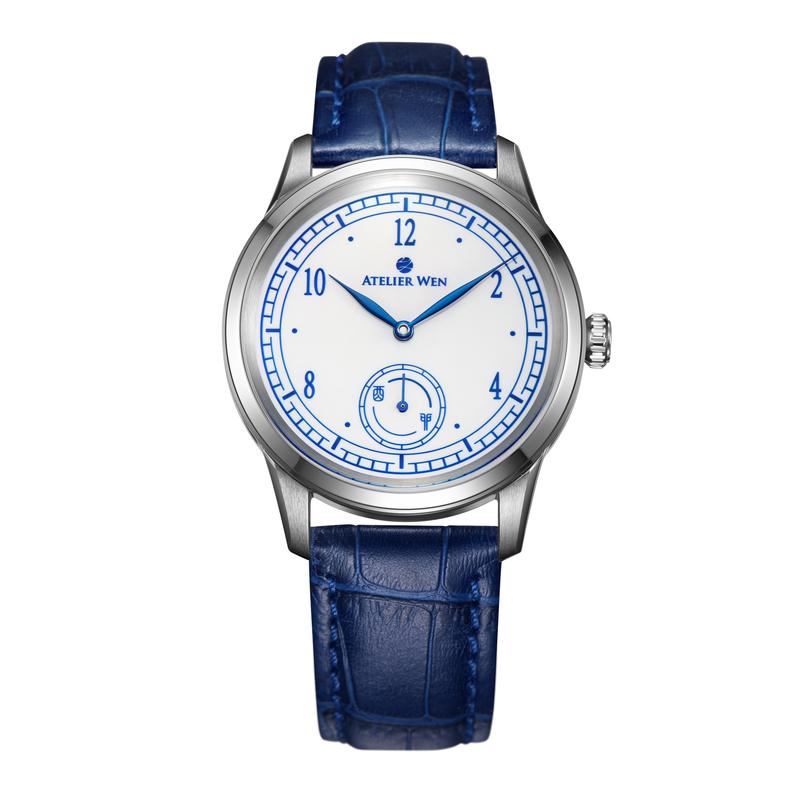 The duo started their watch brand Atelier Wen in Hong Kong in 2017. Combining the French word for "studio" with the Chinese word for "culture", the team aims to create a new brand that promotes traditional Chinese culture worldwide.

Cooperating with designers from the Beijing Institute of Fashion Technology, they developed their ideas from sketches into blueprints, before building prototypes. As the key components in watches, the mechanical movements were made by Peacock, a manufacturer based in Dandong, Northeast China's Liaoning province. Their factory was chosen over Swiss ones to fit in with their made-in-China ethos, while an assembly company in Shenzhen, South China's Guangdong province, completed the watches.

The first two models of their watches to enter into production, were given poetic Chinese names, Ji ("sunshine after rainfall or snowfall") and Hao ("white splendor without blemish").

Buiron explains that their designs are a mix of classical Chinese elements. The porcelain dials borrow from the typical blue-and-white patterns seen in Yuan Dynasty (1271-1368) ceramics.

Some of the scales are written in Chinese characters using dizhi, the ancient time measurement system that indicates sunrise and sunset, and Taoist bagua symbols. Images of kunpeng, a giant bird that transformed from a fish in Chinese mythology, are etched onto the backs of the watches.

"They reflect the ancient Chinese people's attitudes to cosmology and astronomy," he says. "Tradition comes from the past, but it doesn't only belong to the past."

And the simple patterns they chose are popular among young people today, Buiron says.

"We want to make people realize the quality of these inventive products are from China," he says.

In November, they received their first investment for mass production through crowdfunding, and has raised about $106,360 so far. However, their bold move to promote Chinese watches overseas did not initially impress local manufacturers.

"The Chinese watchmakers considered it an impossible task to promote Chinese watches overseas because they themselves had spent a lot of time developing complex marketing plans for international expansion, but they usually failed," Li says.

When it comes to promoting Chinese culture overseas, Li says people tend to overthink the complexity of the task.

"They often include too many elements in one product and it confuses foreign customers," Li says.

"We can use some simple signals to knock on the door first, as Robin and Wilfred are doing, and gradually grow things from there." 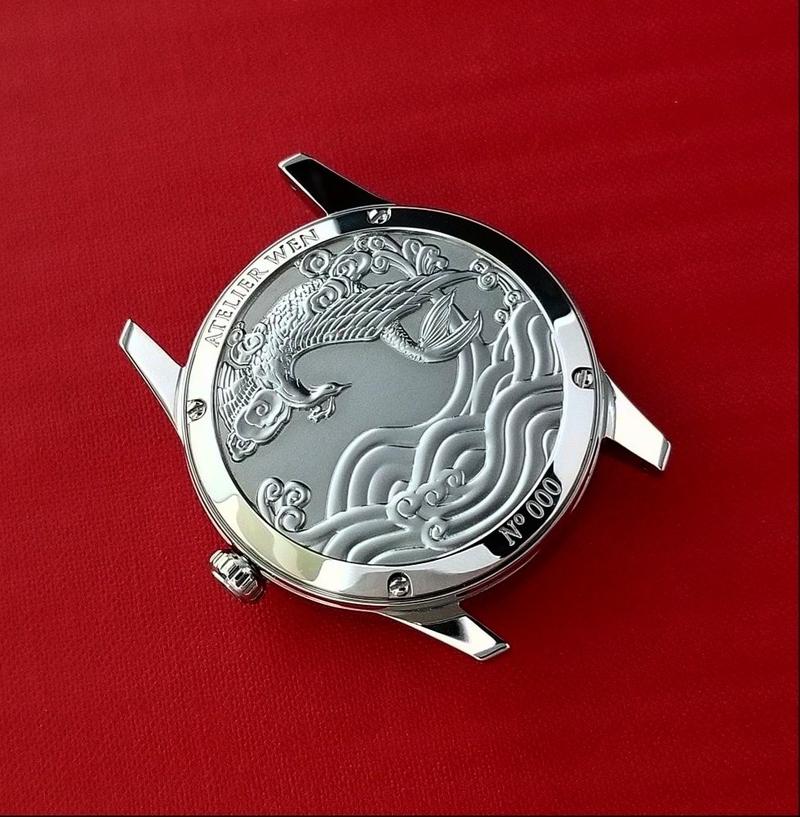 The back of a watch etched with a design of kunpeng, a sacred animal from Chinese mythology. (PHOTO / CHINA DAILY)

Despite some people's doubts, online advance sales of Atelier Wen watches for overseas customers opened last year with nearly 250 watches getting sold for about US$600 each, with France, Singapore and the United States making up their top three markets.

And the duo plan to sell their watches in the domestic market through online shopping platforms, starting in April.

"Part of the appeal of the watches is that they help Chinese people appreciate their ancient cultural heritage and reconnect with it," Tallendier says.

They also aim to expand their fresh take on Chinese tradition to other fashion items, such as accessories and glasses.

"There's an increasing trend in China for appreciating Chinese products, which started with technology companies like Huawei and Xiaomi. It's now expanding to other segments. People now wear Li-Ning with pride," Buiron says, adding that many of their rivals had failed to spot this.

In their spare time in Beijing, Tallendier often attends lectures on Chinese poetry, Zen Buddhism and calligraphy, despite not being completely fluent in the language. Buiron follows pop culture and is a fan of Chinese jazz and rap.

Li believes the pair have great vision and are proactive like entrepreneurs.

"If they keep a lasting devotion to learning about Chinese culture, continued success will come," Li says, who also hopes to see French elements appear in their products "to reflect the communication between the two cultures".