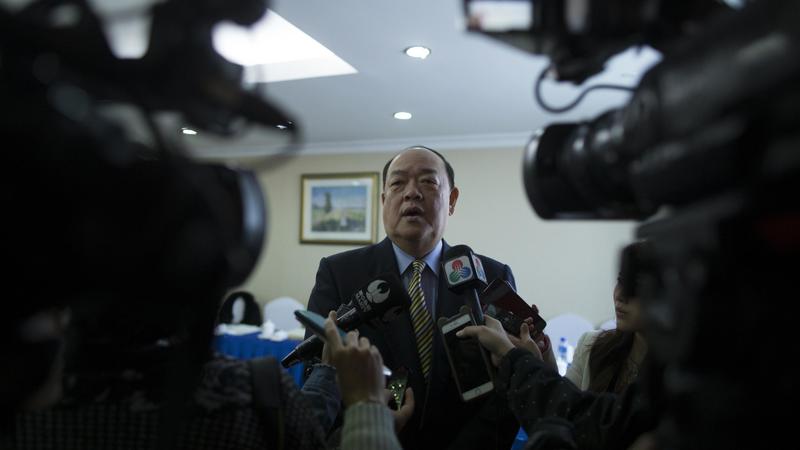 MACAO - Ho Iat-seng, president of China's Macao Special Administrative Region (SAR) Legislative Assembly, announced on Tuesday his formal decision to run for the office of the fifth chief executive of the Macao SAR.

At a press conference held on Tuesday to declare his formal decision, Ho said over the past 20 years since Macao's return to the motherland, the "one country, two systems" policy has been practiced in Macao with rapid development and achievements.

The development of the Guangdong-Hong Kong-Macao Greater Bay Area, and the Belt and Road Initiative have provided Macao opportunities for development. Macao should seek advantages, opportunities and development through reform and innovation, he added.

If elected, he said he would carry out his duties in strict accordance with the motherland's Constitution and the Basic Law of the Macao SAR, and implement the principles of "one country, two systems," "Macao people administering Macao" with a high degree of autonomy in an all-round and accurate manner.

The election of the fifth chief executive of the Macao SAR will be held on Aug 25, 2019.